Being a pro-NJ website, I suppose we should be partial to Aaron Burr since he was from New Jersey and since he was the winner of the famous duel that occurred 208 years ago today (in 1804). The Alexander Hamilton Awareness Society, however, had some pretty good arguments for being pro-Hamilton in a presentation at the duel site on Hamilton Avenue in Weehawken today. 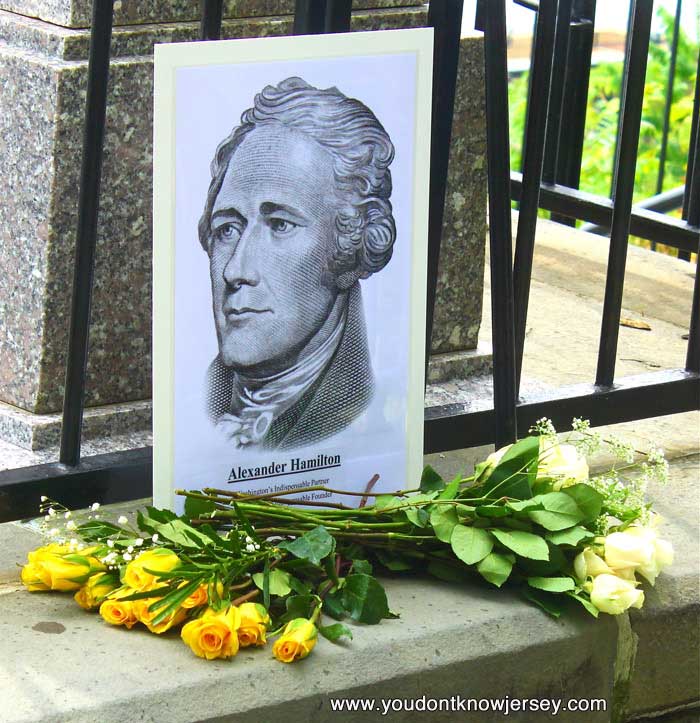 Hey, the street with the monument is called Hamilton Avenue, even though Burr won and Burr is the NJ guy??  Hhmm.  Well, Hamilton did make it onto the sawbuck and was basically Washington’s right hand man for 25 years so he at least deserves a tiny street in his name, right? He certainly did a lot more for the burgeoning United States than Aaron Burr ever did. 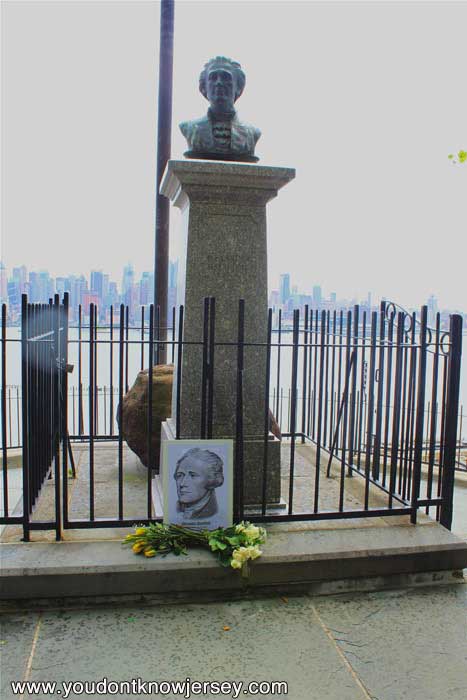 Rand Scholet, the founder of the Alexander Hamilton Awareness Society (The AHA Society, because there are a lot of “A-ha moments” when you find out more about Hamilton), is a terrific speaker and is very enthusiastic about his favorite founding father. 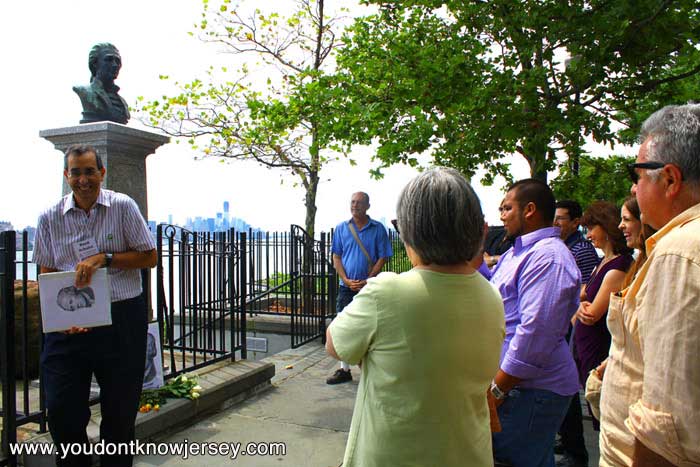 He and his society have planned three days of events starting today with the duel presentation today at noon and a talk by National Hamilton Scholar Bill Chrystal at the Weehawken Public Library.  Thursday, July 12, they head into Manhattan for a walking tour downtown, memorial service and several talks including one at the Museum of American Finance.

They head back to New Jersey on Saturday with a visit to Paterson’s Great Falls and the Paterson Museum from 2:00pm to 5:00pm.  We’ll be in Paterson on Saturday and you should come too!  Why Paterson?  Well, if you’ve been to the National Park you may notice that there’s a statue of Hamilton over-looking the falls.  In 1792, Hamilton formed an investment group called the Society of Useful Manufactures (the “SUM”) whose funds would be used to develop a planned industrial city in the United States that was later to become Paterson. Hey, he’s a New Jersey guy after all! 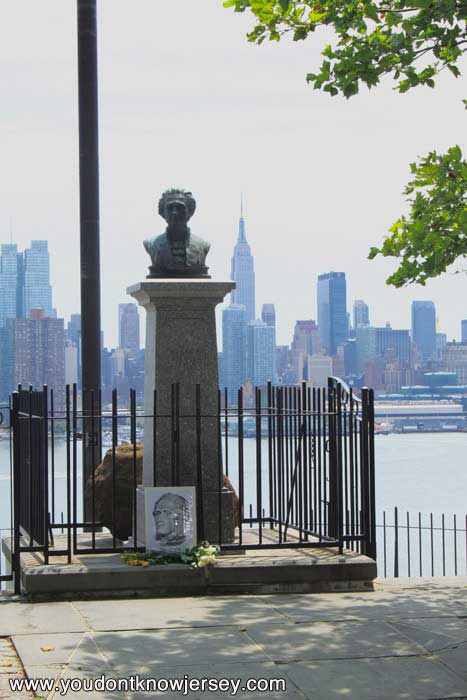 The Empire Builder’s statue with the Empire State Building in the background. Coincidence? The Alexander Hamilton Awareness Society doesn’t think so!