Paterson’s Larry Doby Honored with His Own Stamp 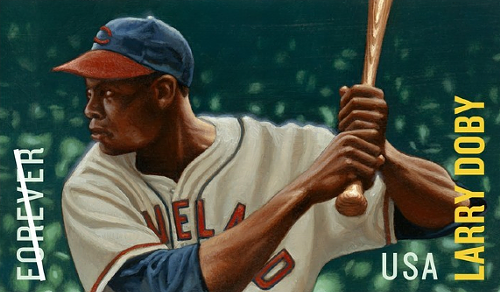 This past Thursday Paterson’s Larry Doby was honored with an unveiling of a commemorative postage stamp. At a ceremony inthe post office that bears his father’s name, Larry Doby Jr. pulled back the draping to reveal the new stamp to all the attendees.

Larry Doby was born in Camden, South Carolina but moved to New Jersey when he was 14 years old. He attended Paterson’s Eastside High School where he excelled at several sports. Shortly after in 1942 Larry joined the Newark Eagles of the Negro National League. He played for the Eagles from 1942 to 1947. During this period he served 2 years in the Navy during World War II. After his Navy stint he helped lead the Eagles to victory in the 1946 Negro League World Series. 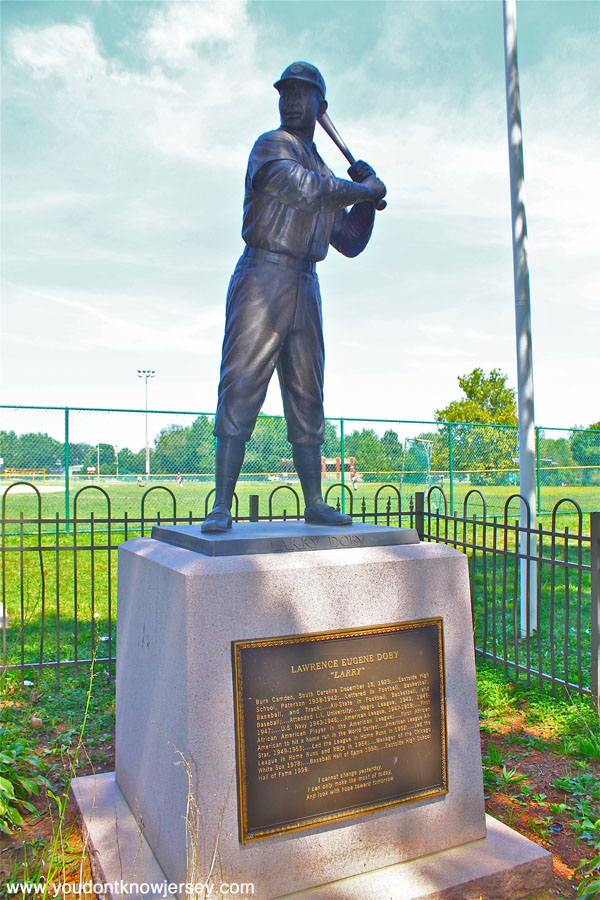 He joined the Cleveland Indians in 1947 and with his entry into the Indians he broke the color barrier in the American League just weeks after Jackie Robinson did the same for the National League.  He had to endure much of the same treatment Robinson encountered but didn’t let that deter him.  He was a 7 time consecutive All Star.  Doby was the first African American to hit a home run in a World Series in 1948 and along with Satchel Paige became the first African Americans to win a World Series ring.  Doby was elected to the Baseball Hall of Fame in 1998.

“I think he’d be overwhelmed that they’d do something like this,” said Larry Doby Jr.  “But he’d be very proud that they saw fit to honor him this way and he’d be happy that it was here in Paterson.” 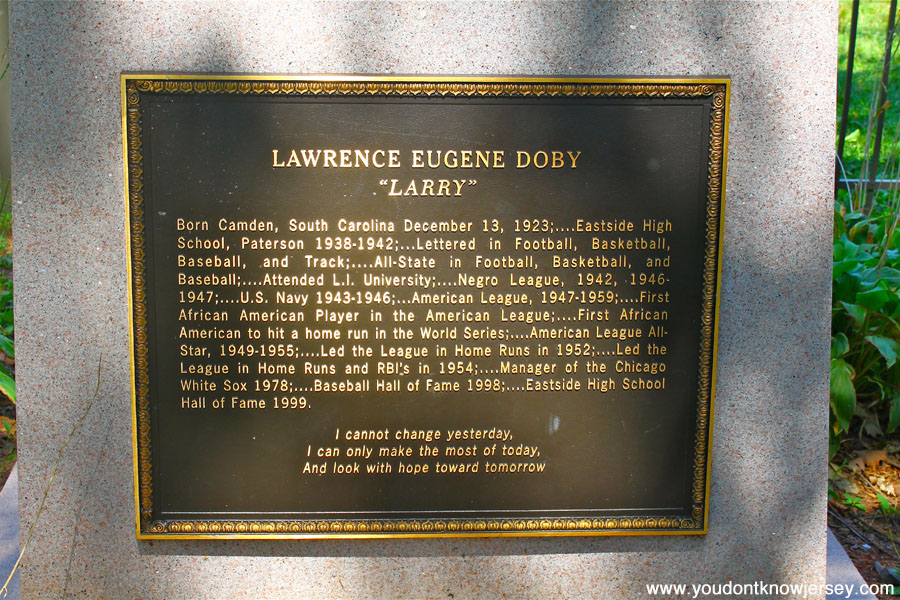 Pin It
Previous post:
This Week in Veggies – What’s Fresh at Your Local Farmers Market Next Post:
Things to do in Jersey August 31 September 1 2 2012