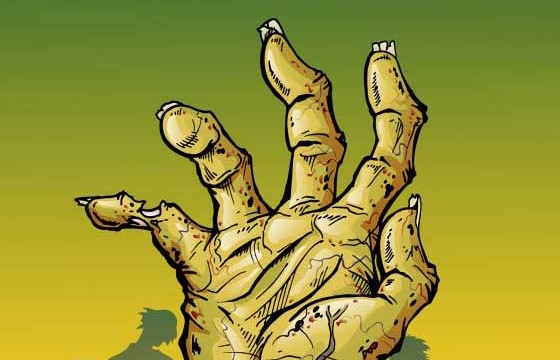 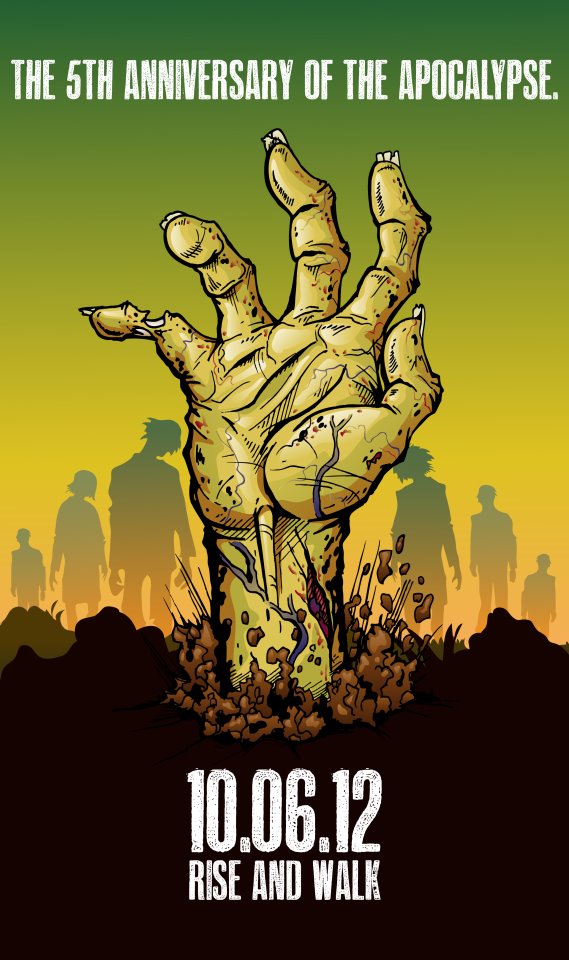 The undead will be lumbering their way through Asbury Park this Saturday, October 6th, in search of brains and blood. This is the 5th anniversary of the New Jersey Zombie Walk which draws zombies from all over the area. More than a walk, though, it is an all-day event with make-up artists, vendors, blood drive, dance contests and much more. You can find all the gory details on the New Jersey Zombie Walk’s Facebook page.

The head zombie and creator of the New Jersey Zombie Walk and Undead Festival is Jason Meehan. He was kind enough to take a moment from the extensive preparations and answer a few questions for us.

What made you choose Asbury Park as the city to hold the New Jersey Zombie Walk?

Two things. Asbury Park LOOKS like it already played host to the apocalypse, or at least it did back in 2008 when I moved there and we planned the first Walk. The Casino was in shambles, the Charms building and others along Cookman Ave. condemned and boarded up… it was the perfect backdrop. The other reason was that we fell in love with Asbury immediately after moving here – and wanted to build an event that would draw tons of new people into the city to see how awesome it is.

What has the feedback been like from the Asbury Park community?

A lot of the businesses love it, though they don’t really contribute to the day directly many of the shops and bars and restaurants see a spike in sales on the day of the Zombie Walk – something that is much needed in October as the beach season is over and they’re getting ready for the long winter. The City likes the event for the same reason, it brings people to their streets and their businesses in an otherwise slow time of year.

What was it like to set the Guinness World Record at the 3rd Annual New Jersey Zombie Walk in 2010?

It was unreal. I still can’t believe how big the crowd for the Zombie Walk has become! Everyone told me it was impossible to break the record that year, EVERYONE. Not only did we do it, but we even triple our attendance the following year!

You’ve seen a lot of the undead. What are a few of your most memorable zombies?

The first year we had the walk there was a couple that were dressed as a girl scout and a dork.. the dork zombie was holding a balloon and pulling the girl scout zombie in a little red wagon behind him and they were in character THE ENTIRE DAY. It was awesome. At the after party that night at the Lanes we got a chance to talk to them and found out that she had broken her leg only days before the walk and was upset thinking she wouldn’t be able to go… so he bought the red wagon to be able to pull her down the street.

Another was during the World Record Walk in 2010 – someone made a “Plants vs. Zombies” costume and had a speaker built into it PLAYING the music for the video game while he walked…

I think seeing how creative people get with their costumes is the best part of the Zombie Walk.

This is the 5th year. How do you keep people coming back?

I honestly have no idea. Every year I try to do something different to make the event bigger, better, and bloodier than ever. I think that the fans of this event are the people who make it more spectacular year after year – by telling their friends and dragging them down to the Walk in larger numbers every October.

The walk official starts 5:00 PM but you will want to get there early.

Pin It
Previous post:
This Week in Veggies – What’s Fresh at Your Local Farmers Market Next Post:
October is National Pizza Month So We Headed to Seaside