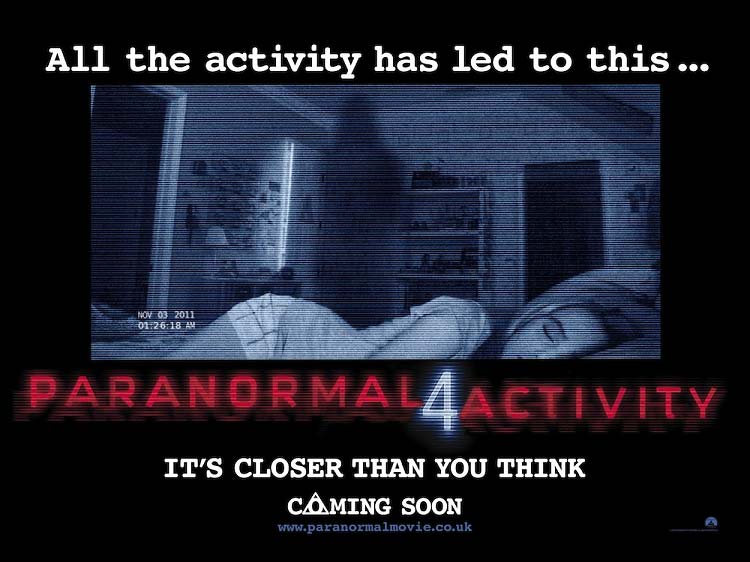 This is the fourth installment in the successful Paranormal Activity franchise that began in 2009. This movie continues the storyline from the other 3 and is the first true sequel to the original. If you haven’t seen all of the other movies or at least the first 2, you should not see this movie. There is a lot of information that is relevant. If you jump in with this movie, you are going to be missing a lot of perspective even though they give you a little bit of background at the beginning.

This the second go round for directors Ariel Schulman and Henry Joost, the makers of Catfish. Paranormal Activity 3 gave us the brilliant use of a fan mounted camera as a suspense building device. This time they give us a new gimmick, an interesting and different unique visual creation involving a video game system. I really appreciate their dedication and effort to be creative and care enough about the audience to try to give us cinematic techniques that haven’t been used before.

The lead actress Kathryn Newton is great and has an amazing screen presence. It is very easy to follow her and she shows that she can carry a movie. The story is told primarily from the teenage characters point of view but involves parents and toddlers as well. The story of the other 3 films is continued here and I was happy to see the first film in the series that moves the plot into the future.

This movie does not have as many scares as the previous ones, but when it does it really packs a punch, especially toward the end. This movie jolted me in a raw and realistic scary manner. In certain ways it feels like a repeat of Paranormal Activity 3 and I hope the next film really takes the story to the next level. By the end of this movie, you should get a good idea of where they are taking the story and I want to see the scale and potential of the story they are building fulfilled.

This is a horror movie that develops the characters and builds the story and then hits you with some good scares in the latter half. It is about quality, not quantity and that is the right way to go about it as far as I’m concerned. Also, now I know how the Xbox Kinect works.