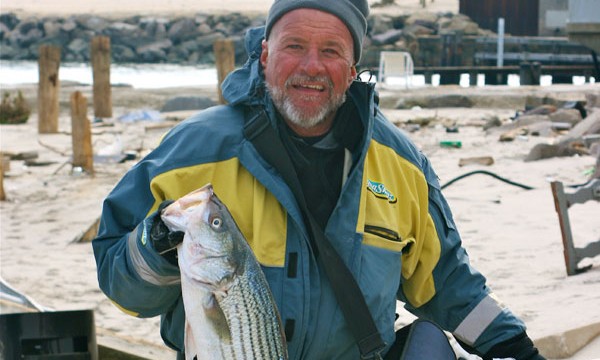 Avon-By-The-Sea – Optimism After the Storm

Every family has a favorite shore town.  Ours is Avon-By-The-Sea.  Granted, as kids we only wanted to go to Seaside Heights to ride the rides and walk the boardwalk with its colorful lights and exciting games of chance.  And, our parents usually obliged.  But, as everyone matured and grew older, we felt drawn more and more to Avon.  Its quiet beaches and lovely downtown were exactly what our busy selves needed as a weekend getaway.

My parents wanted the antithesis of Seaside and we grew to appreciate that, too.  My dad could ride the waves without lots of kids bumping into him and my mom could read her book under the umbrella all day long.  The large stately homes were comforting and substantial in contrast to Seaside’s rows of motels and summer rentals.  Dad made coffee early in the morning and put it in his big thermos.  Then he’d go down to the bakery and get hard rolls with butter.  The beach gear, coffee and rolls stowed in the car, we’d head down to Avon very early in the morning so we could arrive in time to watch the fishing boats head out to sea under the bridge and through the Shark River inlet.

With all these memories running through our minds, we took Mom down to Avon this weekend to see how our summer friend had fared the storm.  We’d seen lots of pictures of Seaside and other more popular towns but only caught a few glimpses of Avon-By-The-Sea via a Twitter post here and there.  We were also pretty sure we could get to Avon without disturbing too many residents trying to rebuild their lives which was just as important to us as seeing the town.

Though, we’d definitely seen worse damage in other shore points on the news, nothing could prepare us for what we saw when we got to the beachfront.  Our perfect little boardwalk was smashed and ripped away from its foundations like toys bobbing around in a bathtub. Every structure along the boardwalk had been moved from its original location by the water and most of the boardwalk itself had been destroyed or moved back by the street in large sections. The familiar robins-egg blue benches were found crushed up along the sidewalk and piled up around the skeletons of larger structures.  The railing supports that proudly had Avon-By-The-Sea emblazoned down their sides were also found stacked up or tossed around like matchsticks.  We thought about all the inscriptions on those pretty blue benches and the people who must be grieving the loss of their touching memorials to the loved ones that they had already lost. It would not be exaggerating to say we were all pretty choked up. 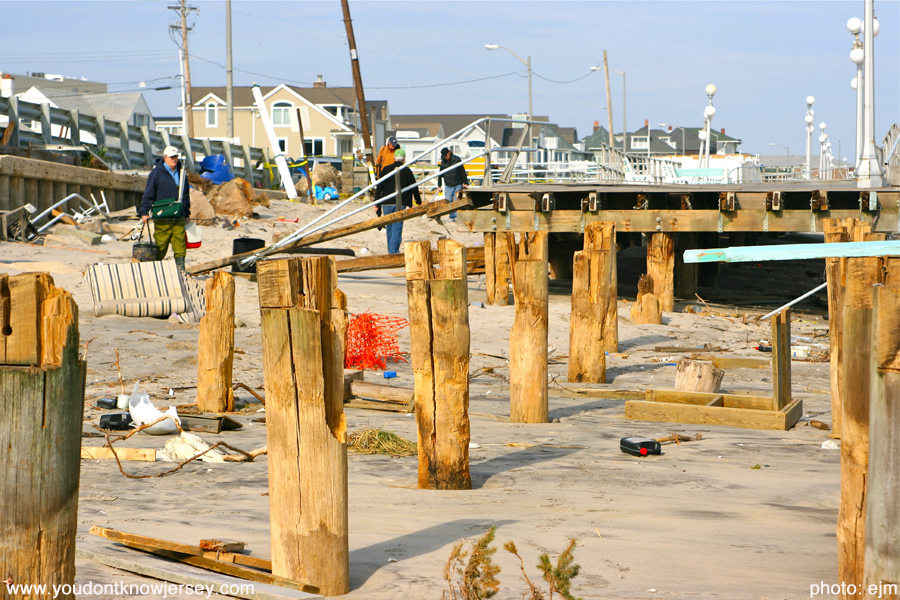 Walking down the jetty along the Shark River inlet, we ran into Patty Rudowsky of Clark who owns a beachfront condo in Bradley Beach. She told us about her experiences in the storm. On Monday night, she and her son could see walls of waves coming in and knew that this was not a typical storm.  They decided to leave immediately.  She and her husband had been thinking about selling the house and moving to the beach full time once the kids were all in college but Sandy made them realize that they felt safer knowing that they had a refuge from hurricanes back in Clark so they probably won’t be selling that house now.

Her family returned to Bradley Beach later in the week and she said that what we were seeing this weekend was actually cleaned up a lot already. Most of the boardwalk buildings that we saw were moved from their foundations were actually in the street after the storm and had already been moved back onto the boardwalk. That explained why we saw that a stone wall had been destroyed and most of the blocks were now across the street. Patty said that the beach went back into town about three blocks and quite a few homes had water damage that wasn’t apparent to us. 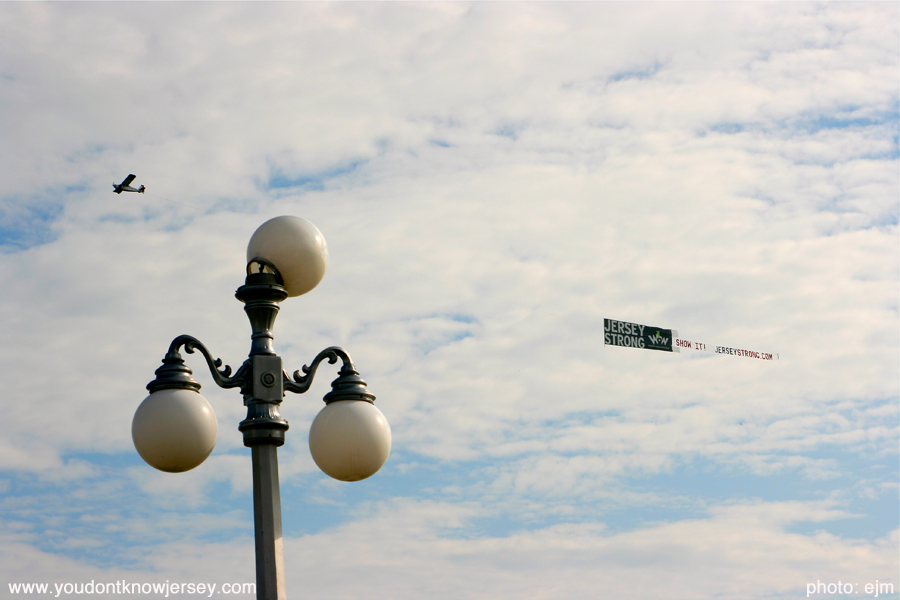 This banner flew around multiple times as we walked along the beach.  It made us proud and determined to do whatever we could to bring the shore back to life. Despite the devastation we saw, we also saw many people fishing from the jetty, including a gentleman who caught a 12 pound striped bass. Joggers enjoying the beach, a group of kids playing basketball and residents cleaning up their properties.  The shore is NOT gone. There are signs of life everywhere if you look for them. What we saw in Avon was shocking but talking to local residents also made us feel hopeful that if they could clean this much up in less than two weeks after the storm then the sky’s the limit on what can be cleaned up and fixed by the time summer rolls around.

What can we do?  For starters, along with giving to relief funds and donating food and clothing, we can support local businesses as they reopen, up and down the shore communities.  Our favorite bakery, The Macaroon Shop on Main Street got our business last weekend as well as Schneider’s Restaurant.  So, call up your favorite shore town businesses and see if you can order something over the phone or drive down this holiday weekend and see what’s open and get some early holiday shopping done.  These local businesses will all be suffering from being out of commission these last few weeks so we can keep them going until more residents can come back. 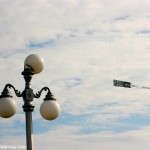 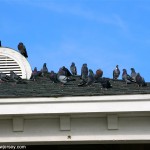 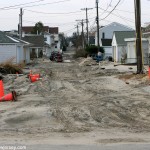 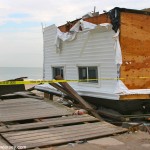 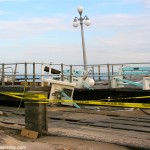 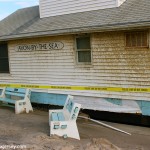 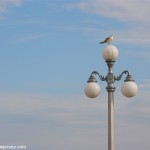 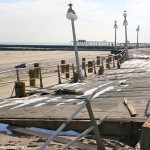 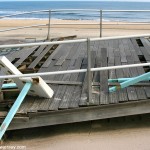 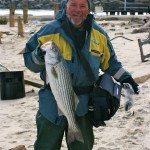 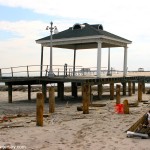 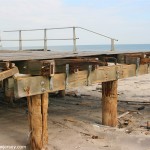 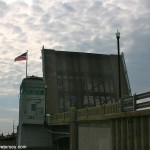 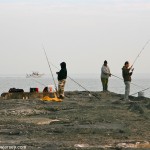 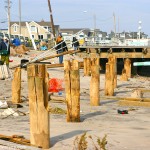