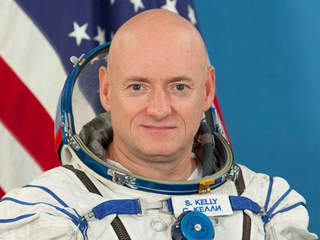 Have you ever just wanted to step away from everything for a year? In 2015, West Orange native and Astronaut, Scott Kelly will get the chance to do just that!

He’ll literally be leaving the Earth and call the International Space Station his home for a full year. This will be the longest spaceflight for an American. All in the name of science of course. His stay will be used to study the long term effects of microgravity on the human body and how it reacts in such conditions. These studies will be used to prepare for future missions to the Moon, Mars, asteroids and beyond.

Scott is no stranger to space travel, having flown two Space Shuttle missions as well as previously having spent 6 months living aboard the Space station. He also served in the Navy for 25 years and retired with the rank of Captain.

Scott Kelly continues New Jersey’s rich Astronaut tradition, which also includes his twin brother Mark, an accomplished Astronaut in his own right. We wish Scott the best as he paves the way for future astronauts.

So next time you find yourself staring at the heavens, remember that someone from New Jersey is staring down!