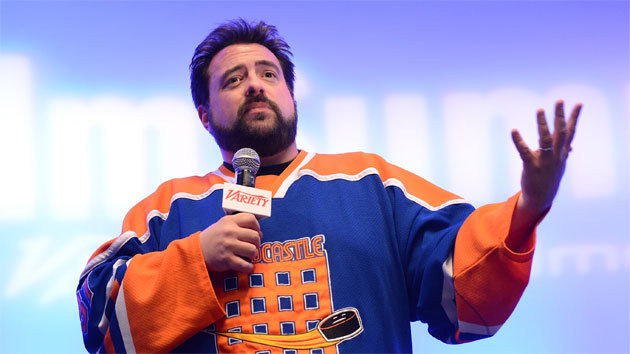 Kevin Smith is retiring… again. First there was talk about retirement when Red State was being released. More recently the New Jersey native announced that his hockey-drama ‘Hit Somebody’ would be his last film. He just announced on twitter that his final film will be the upcoming ‘Clerks III’

I don’t know why the 42 year-old Writer/Director would announce that he is retiring. Woody Allen, for instance, just celebrated his 77th birthday and he is still directing and sometimes acting in his movies. Many film-makers have made their best films after age 42.

The other thing is : We get it – If you don’t make any more movies, that will tell us that you are done and you still have the choice to make more without having to announce that you are coming out of retirement to make them.

In 2001, KISS completed their Farewell Tour. They said that it would be the last time you could see them and this was a brilliant stunt to drive up ticket prices with fans believing that this would be the last chance to see them perform live. Soon afterwords they announced that they would tour again in the future and they have had multiple tours since.

Michael Jordan retired and came back… twice. The point is that it’s only natural for someone to want to continue doing what they were meant to do and enjoy doing. If this is film-making for Kevin Smith, then he will make more movies in the future and have to eat his words.

Being a fan of Smith’s films, it is disappointing to hear him say he is retiring. Hopefully, this is not the end and hopefully ‘Clerks 3’ and any other future movies he makes will be shot in and take place in his home state of New Jersey.