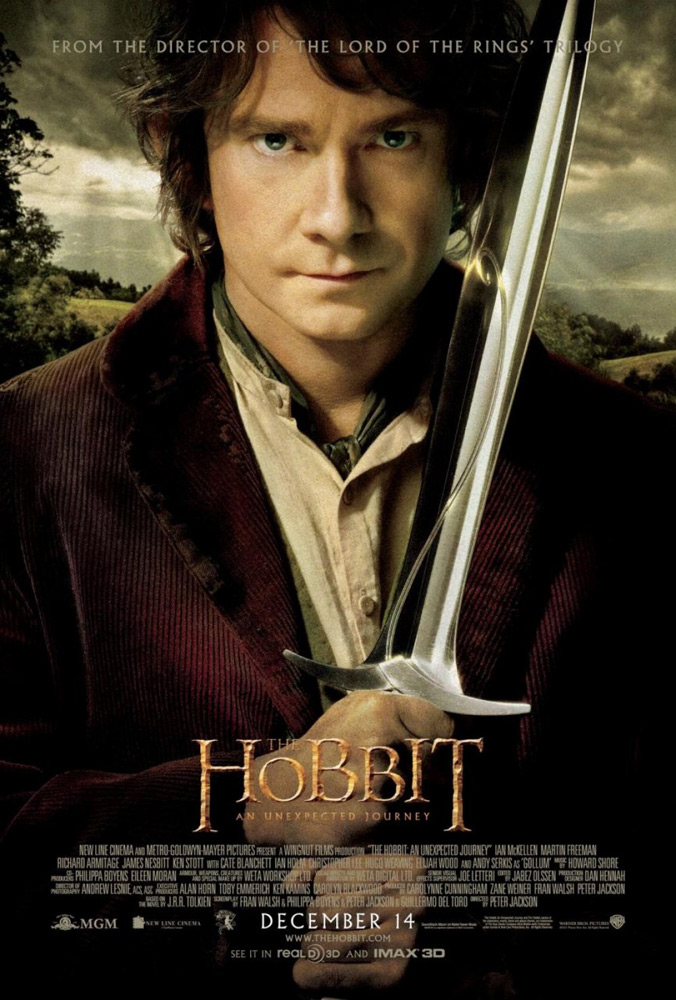 When I first heard about this movie, I figured that they were making a movie of J. R. R. Tolkien’s book, The Hobbit as a prequel to the Lord of the Rings movies. It wasn’t until a couple weeks ago that I found out that they are going to split the book into 3 movies, a revelation that absolutely shocked me! The last books of the Harry Potter and Twilight series were split into 2 parts each, a genius and greedy marketing move that has now been topped by The Hobbit. In the case of the last Twilight movie, they did a pretty decent job of making a movie out of half a book. Being impressed with the Lord of the Rings Trilogy, I felt I should give then the benefit of the doubt. I figured that Peter Jackson and company had a well thought out plan of how to stretch one book into 3 movies. I was wrong.

Somehow, I thought they would use the extra time to bring us more story than the book does or build characterization. Instead, the extra time is wasted and many of the scenes feel like they are being stretched as far as possible. The scene early on introducing characters that are meeting for dinner is excruciatingly long. I don’t need to be pandered to with action scenes. I am a huge fan of story, dialogue and scenes that build character. These scenes are being stretched out without substance and that bothers me.

Dispersed throughout the film are very good scenes as well as breathtaking visuals, special effects and action scenes. With a running time of 2 hours and 46 minutes, there is still enough time for plenty of good stuff. But even some of those scenes like the truly excellent one involving Bilbo and Gollum feel a little stretched. It’s nice to see familiar characters from the previous movies. Obviously Gandalf is the most prominent but there are a few other standouts as well.

From a film making point of view, the movie is very well put together. The directing, acting, energy, music and overall feel is in high gear and matches the LOTR Trilogy but here it feels almost overpowering as there is such slow progress in story. On top of that, we don’t really know or care about the new characters as much as we should.

I remember when the LOTR movies were coming out people who had read the novels saying that they were missing things from the books. I guess it makes sense that you can’t fit an entire novel into a movie even if it is 3 hours. Maybe Jackson is doing the most thorough adaptation ever done of a novel. The problem is that every element of a novel doesn’t lend itself to being filmed.

All in all, the movie is worth seeing for its good scenes and accomplishments but it is also bloated with waste. I’m not sure why the movie is almost 3 hours except that they felt obligated to match the running times of the previous films. The Hobbit should have been one movie, or possibly 2. 3 is just ridiculous.