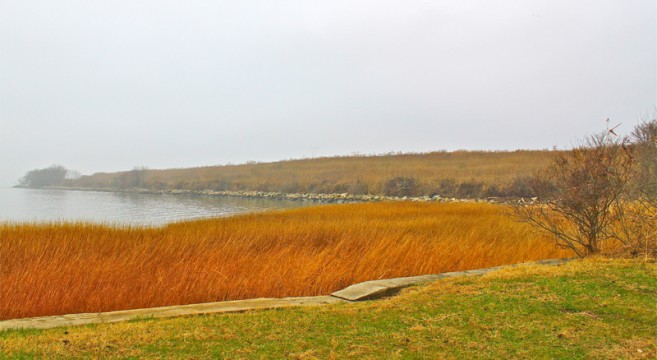 Ever walk to Delaware from New Jersey and NOT use the Delaware Bridge? You can do that at Finns Point National Cemetery in Fort Mott State Park in Pennsville!  Due to an unusual rule about where the border of New Jersey and Delaware is, land that was created by the Army Corps of Engineers while they were creating shipping channels in the Delaware River became part of Delaware even though it’s on the New Jersey side of the river.

Fort Mott is part of a post-Civil War three-fort defense system designed for the Delaware River. The other two forts are Fort Delaware on Pea Patch Island and Fort DuPont in Delaware City, Delaware. Original plans for Fort Mott specified eleven gun emplacements with twenty guns and a mortar battery with six emplacements. Construction was started in 1872; however, only two of the gun emplacements and two magazines in the mortar battery were completed by 1876 when all work stopped. Fort Mott, along with Fort Delaware and Fort DuPont, became obsolete as the principal defensive installation on the Delaware River with the construction of Fort Saulsbury, near Milford, Delaware, shortly after World War I. Troops were regularly stationed at Fort Mott from 1897 to 1922. The federal government maintained a caretaking detachment at the fort from 1922 to 1943. New Jersey acquired the military reservation as a historic site and State park in 1947. The park was opened to the public on June 24, 1951.

We took a walk around Fort Mott recently and here is a photo essay. 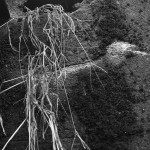 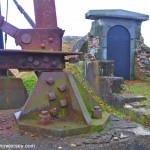 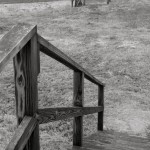 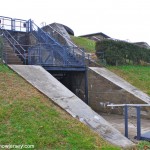 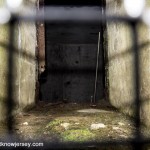 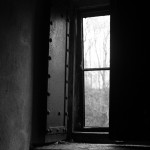 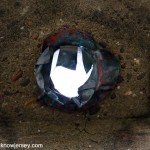 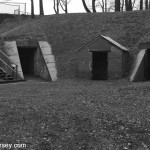 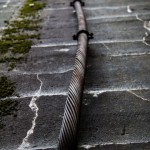 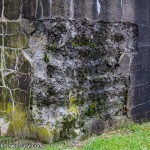 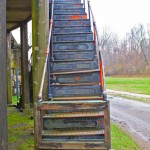 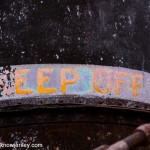 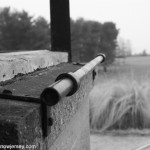 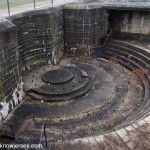 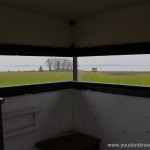 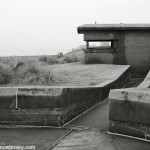 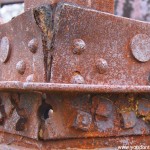 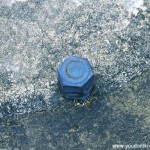 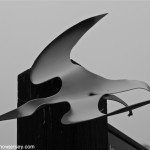 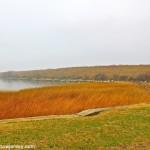 Pin It
Previous post:
Wildwood Beaches May No Longer Be Free – Residents to Decide Next Post:
Things to do in Jersey – January 11 12 13 2013