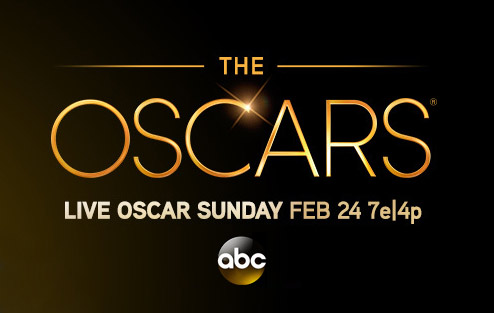 This year’s nominations are messy for multiple reasons. There were nominations missing for movies and actors. The mismatch of 10 (9?) movies vs. 5 directors since the change a few years ago leaving 4 (5?) directors out in the cold. Its especially disturbing this year as 2 of the best movies nominated, Argo and Zero Dark Thirty don’t have their respective directors Ben Affleck and Kathryn Bigelow nominated. Traditionally this hampers the movies chance at winning and that’s a shame. Somehow Lincoln is the front runner because Spielberg is nominated for Directing while Argo has pretty much won every award imaginable leading up to the Oscars including the prominent Golden Globe which should have it as the front runner. Following are my choices for who should win, not predictions on who will win.

in a Supporting Role

The Master was well reviewed but not well attended. The chances of anyone winning from this movie are hurt by the fact that the movie is not nominated. But it brought us truly the most spectacular acting of any of the films nominated here. Amy Adams performance is raw and real and has an amazing presence. She deserves to win. If Lincoln sweeps it will obviously go to Sally Fields but I am not sure that is going to happen.

in a Supporting Role

The winner here should be Leonardo DiCaprio from Django Unchained but unfortunately he is not nominated. Instead Christoph Waltz was nominated for supporting actor in a movie where he has a co-leading role. In fact, a strong argument could be made that he is the lead of the film. I love Christoph Waltz and he rightfully won for Inglourious Basterds and he is my second choice here, but once again I have to go with The Master’s Phillip Seymour Hoffman as the actor who deserves to win. Alan Arkin and Robert DeNiro both do great work in movies that I liked very much but nothing stands out about their performances.

When I reviewed Lincoln, I mentioned that Tommy Lee Jones would definitely get a nomination and he is a shoe-in to win but the performance is basically him playing Agent K from Men in Black as a politician in the 1800s. He portrays the character as obnoxious, bossy, cranky, loudmouthed and crude but in a likable manner with noble intentions underneath. We have all seen him do this before, this is just a different setting. Hoffman’s performance has more range and intensity and he deserves to win.

in a Leading Role

This will be between Jessica Chastain and Jennifer Lawrence. I liked Jennifer Lawrence and Silver Linings Playbook a lot and she would be my second choice, but I would give the Oscar to Jessica Chastain. Her performance is more complicated, in depth and unconventional. She won the Golden Globe and hopefully the controversy surrounding the film will not prevent her from winning the Oscar.

in a Leading Role

Nothing in this category compares to the Tour de Force that Joaquin Phoenix gives us in The Master. He demonstrates, as he has before, what acting is all about. Totally in character at all times, bringing intense energy to every scene spanning a full range of emotions, the raw and intense energy is exhausting to watch. Just as it would have been a crime if Daniel Day Lewis hadn’t won for There Will Be Blood, it will be a crime if Joaquin Phoenix doesn’t win for The Master.

Daniel Day Lewis turns very role into a masterpiece, but in Lincoln once he gets the character’s mannerisms down, there isn’t much for him to do with it. Yes, his portrayal of Lincoln is perfect but he isn’t given the opportunity to do much interesting with the character. Denzel Washington is my second choice in the category. His performance as a character dealing with addiction was amazing in the way he doesn’t go too far over the top. He pulls back sets a more subtle and realistic tone. Where he could have been too far over the top, he handled it perfectly. If Joaquin Phoenix doesn’t win, I would hope Denzel does.

Since Kathyrn Bigelow wasn’t nominated, my choice for director is David O. Russell. Silver Linings Playbook was a great intimate movie. He achieves a comedy/drama tone that works very well with a very complete and well thought out story. It’s like a cross between a romantic comedy and an independent film.

There are movies that I wish were nominated but aren’t. That being said, the best movie here is Zero Dark Thirty. More powerful and effective than any of the other films here, it has a realistic and riveting tone that many movies based on true stories lack. My second choice is Silver Linings Playbook, a very successful movie in its own right that does pretty much everything right but is a little light overall. Argo has a lot in common with Zero Dark Thirty but feels more detached. Argo is Affleck’s 3rd big screen directorial effort and really cements his status as a great director, although as far as I’m concerned it was cemented with the excellent Gone Baby Gone, his directorial debut. Django Unchained has great dialogue, some truly electric moments and great acting, but it suffers in comparison to Tarantino’s previous movie, Inglourious Basterds. Life of Pi is extremely well made and mostly engrossing and with a good energy, but the story becomes kind of self defeating at the end. Lincoln is a very good movie but not a great one and there is an important difference there that important subject matter can’t make up for. Zero Dark Thirty has come under fire for some completely unwarranted controversy and I hope that doesn’t stop it from winning. It nails its goal like no other film on this list and it deserves to win.