Get to Know Your NJ Symbols – The Honeybee

The honey bee became the state bug when the Legislature enacted the bill, A-671, and Gov. Brendan T. Byrne signed it on June 20, 1974. They were encouraged by a group of children from the Sunnybrae School in Hamilton Township. The children went to the State House with a presentation that included a song and a poem.

According to the history on their website, the Sunnybrae School had no school emblem until the efforts of the students in Mrs. Zuzov’s 1973-1974 second grade class were put into action. The class, after discovering New Jersey had no state insect, went to work getting the State Legislature to pass a bill so that New Jersey would have one. After much research and discussion, the class chose the Honeybee as the most fitting insect since New Jersey is the Garden State and The Honeybee is invaluable for pollination. It was also discovered that New Jersey was the first in honey production and second in bee habitation per square mile. During the 1992-1993 school year our PTA sponsored a naming contest and the Sunnybee became a Stinger. 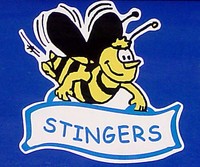