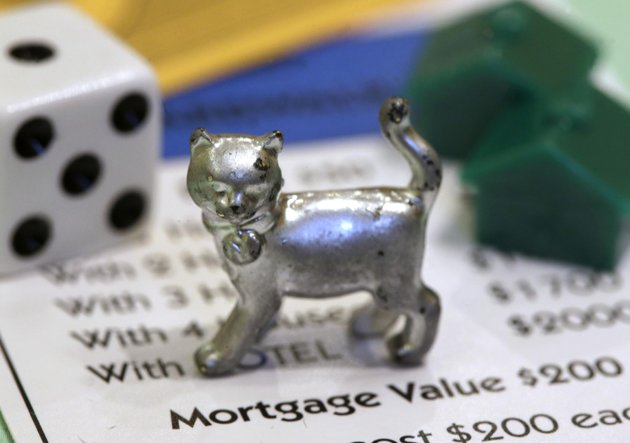 Cat lovers all over the internet have made their wishes known at Hasbro.  Or, at least, that’s what we’re assuming happened.

Hasbro took to Facebook to let people vote on their favorite existing tokens. The one with the least votes is out. At the same time you could also vote for what new token should replace the loser.  The new tokens up for consideration were a diamond ring, cat, guitar, toy robot or helicopter. The results came out today and there was no love for the iron.  The replacement token is a kitty!

Monopoly has a special place in our NJ hearts, of course, since the properties are based on streets in Atlantic City.

Actually, it seems that maybe the real first game wasn’t based on Atlantic City.  The History Detectives on PBS helped a man in Delaware figure out what he had.  Turned out to be an early prototype of the game we now know as Monopoly.  Fascinating piece on the history of the game, too.

So, what do you think?  Are you going to miss the iron?  Or will your family be fighting over who gets to be the cat?