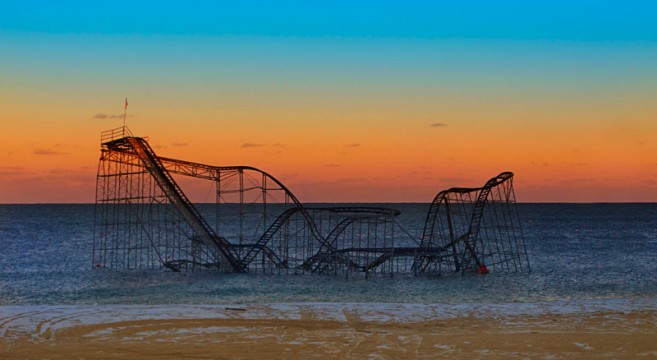 Since Hurricane/Superstorm Sandy, the state of Seaside Heights had been a mystery to me except for some news photos, aerial shots and some images of the roller coaster in the water. I wanted to drive there and check it out for myself but I had heard that it was off limits to non-residents. So I gave it some time and decided to drive down last weekend. I wasn’t sure what I was going to find. 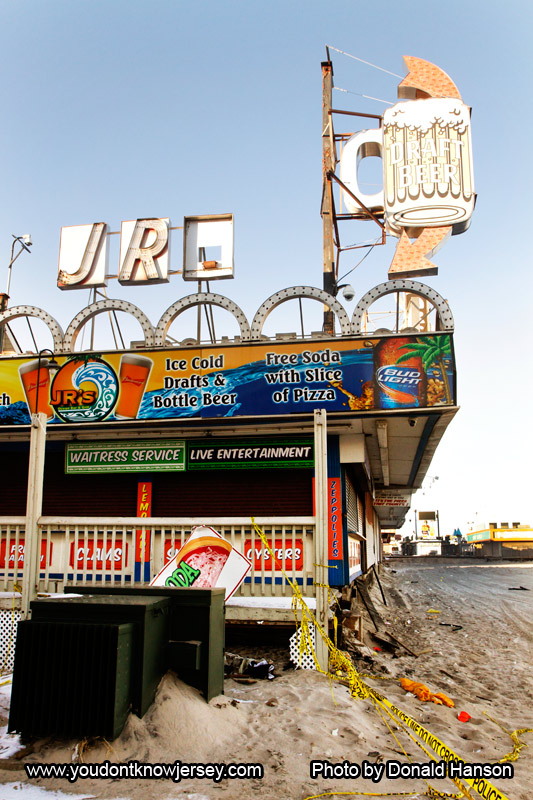 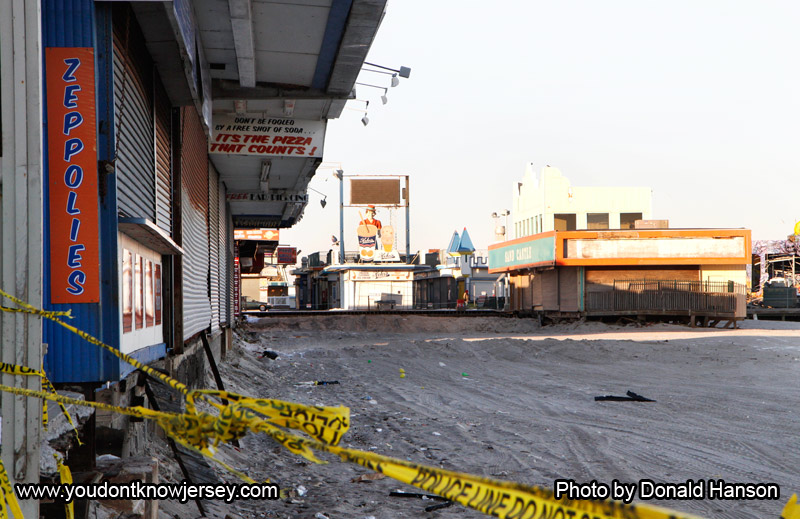 When we arrived, it was fairly easy to take one of the roads in straight up to within half a block of the boardwalk. The ramps leading up to the boardwalk were blocked by police tape at the top, there were piles of prizes, machines, pieces of the boardwalk and other remains of structures and garbage all mixed together. Even after seeing the pictures in the news, it was still shocking and confusing to see the buildings with no boardwalk in front of them. I guess because the boardwalk was so cleanly gone but the buildings were still there that it almost looked normal. 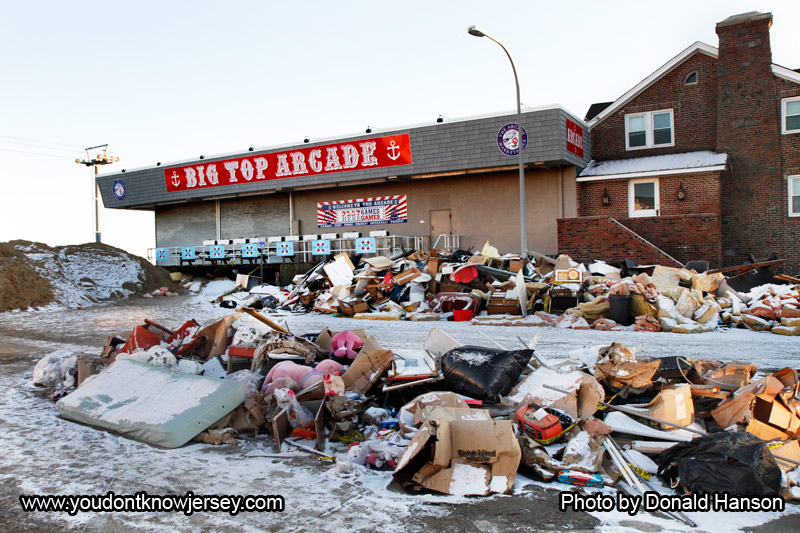 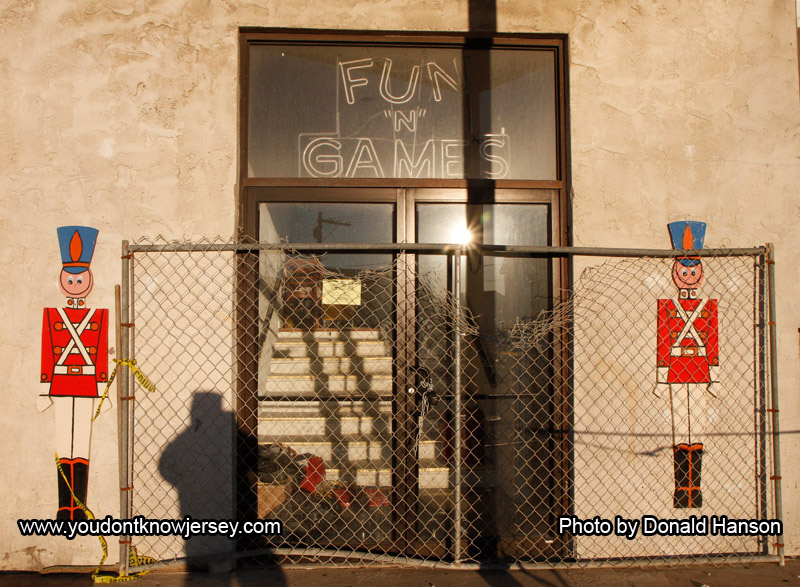 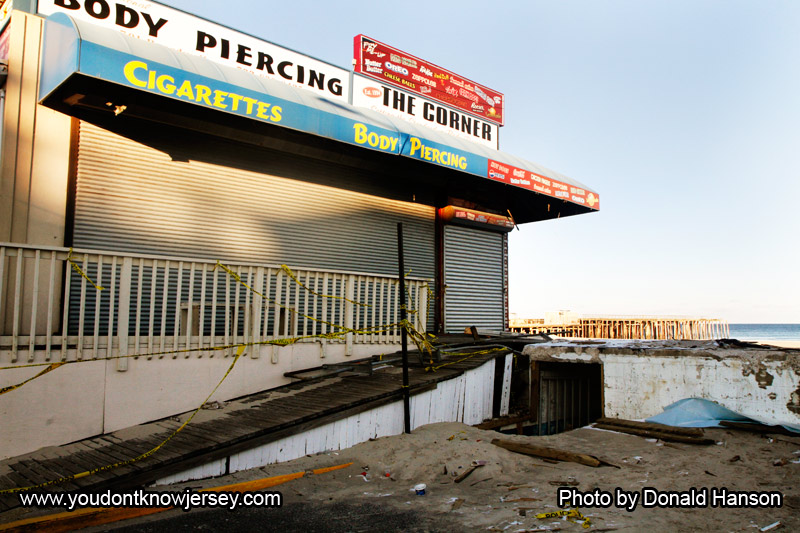 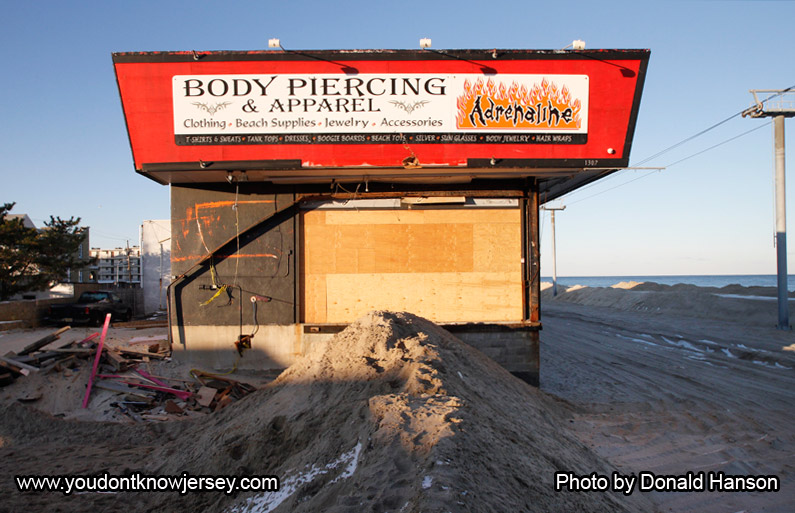 A BIG thanks to Marathon Steakhouse for being open and having and a good view of the roller coaster. Luckily, the Marathon Steakhouse has one of those cool entrances that is on Ocean Ave, that street that runs parallel to the boardwalk and then you walk up stairs to get into the dining/counter area. The have a corner view in what now has become a balcony with the loss of the boardwalk. Amazingly the day I went down was the first day they were open since Sandy. 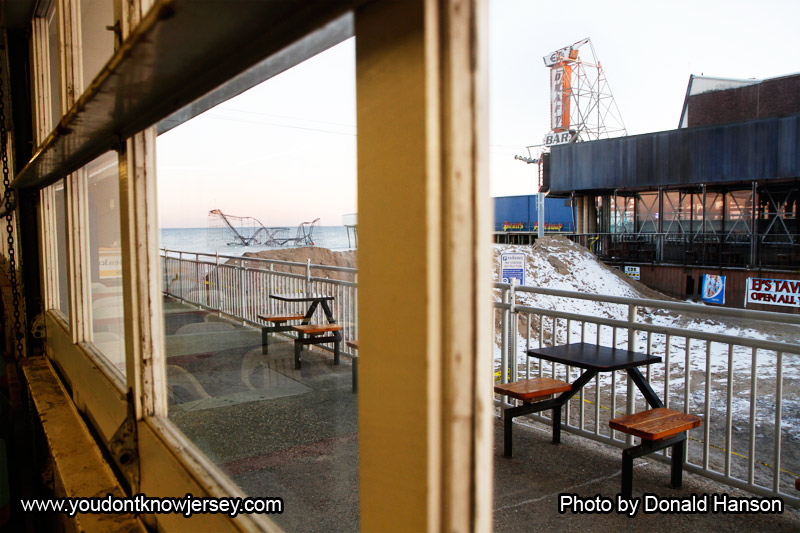 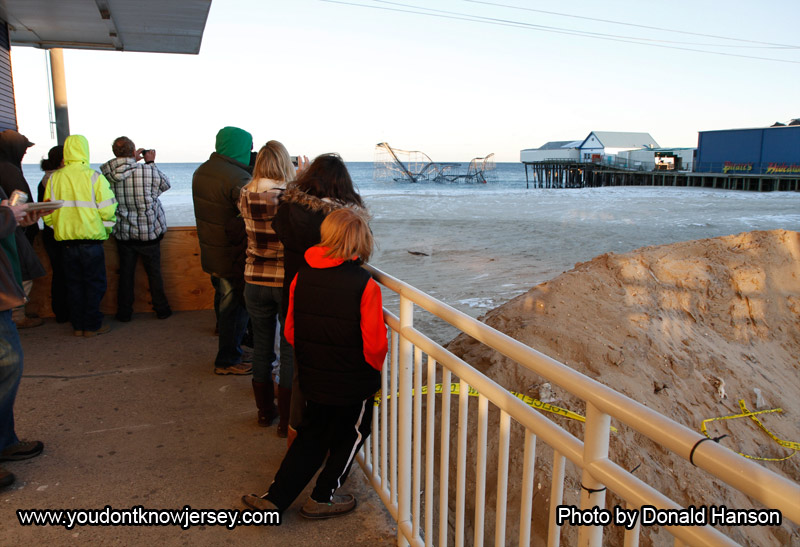 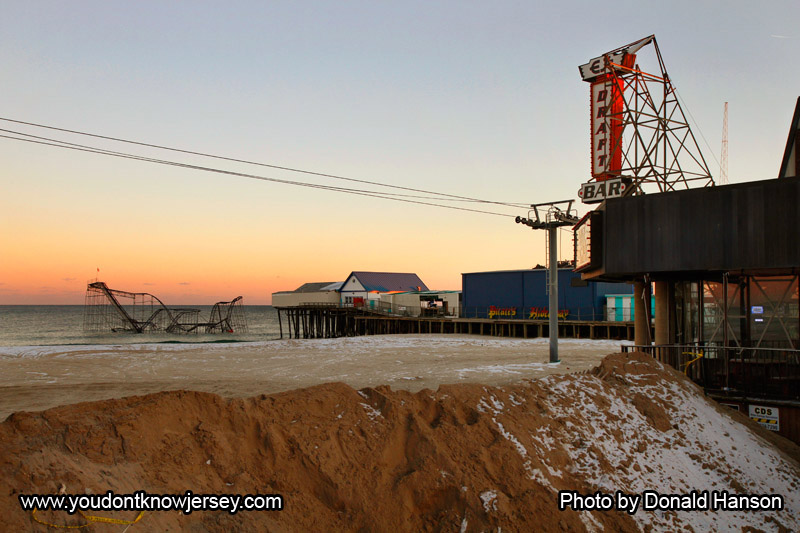 Talking to the residents and store owners at Seaside, I learned a few things. First, the company that won the contract for building the new boardwalk, Sidd & Associates, has never built a boardwalk before. That doesn’t necessarily mean anything bad. The contract states that the new boardwalk must be completed by May 10th and there is a $7500 penalty for each day it is late. Once the new boardwalk is up, they will build a sea wall so that the boardwalk will be much better protected, because they would not be able to afford fixing it again. 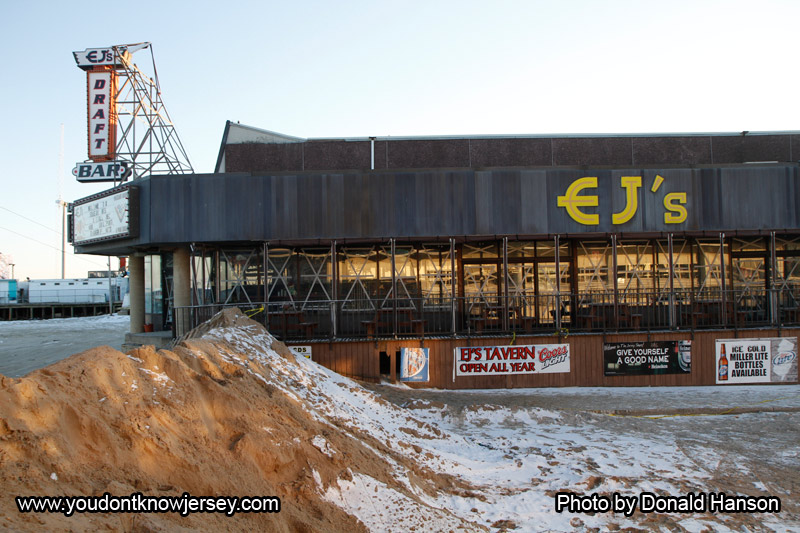 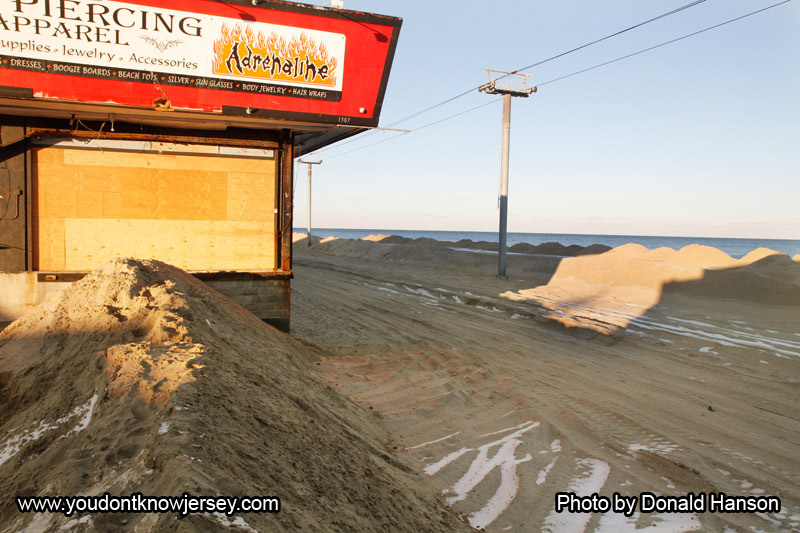 In addition to the sea wall, Seaside will also build sand dunes. Island Beach State Park, Seaside’s nature twin was barely damaged at all by Sandy mainly as a result of their sand dunes. Trees and bushes help anchor the sand and protect the shore line. 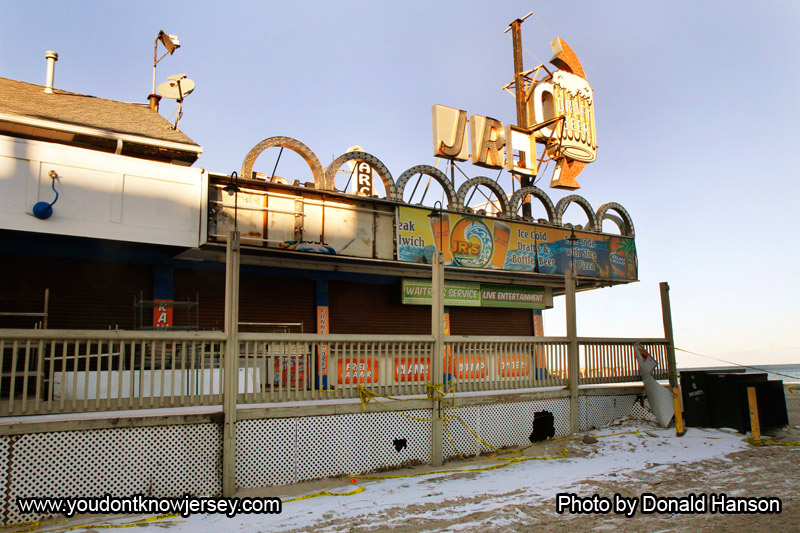 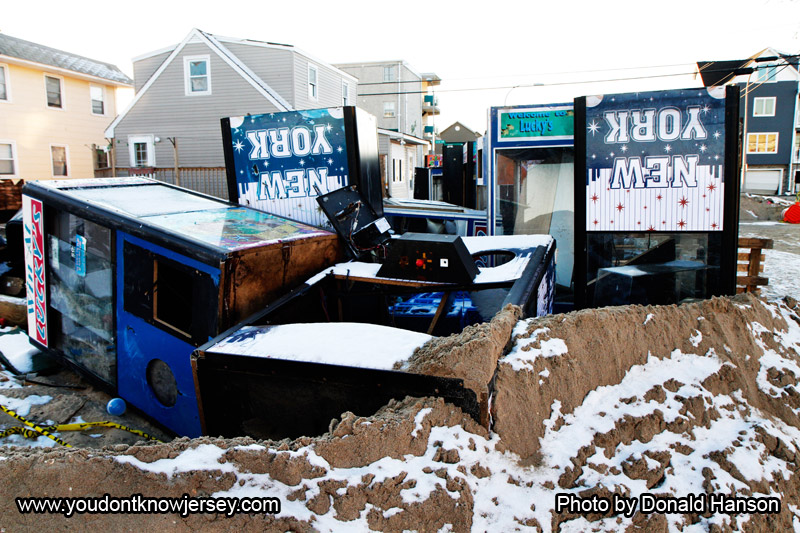 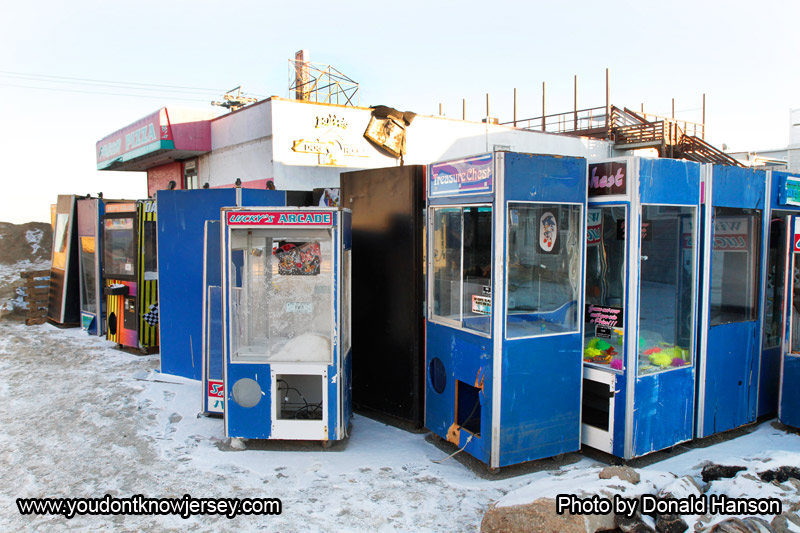 The roller coaster will soon be dismantled and taken away. On top of that, all the rides from the Funtown Pier are gone, so Seaside is going to be looking for new amusement park rides to bring in. They are working hard to be ready for Memorial Day weekend but it will be different from what you remember and probably not 100% yet as they will be still replacing things for awhile. 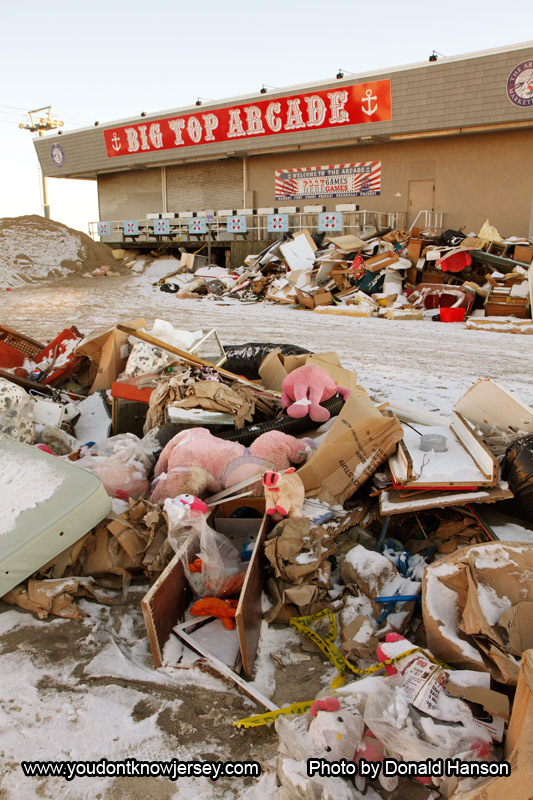 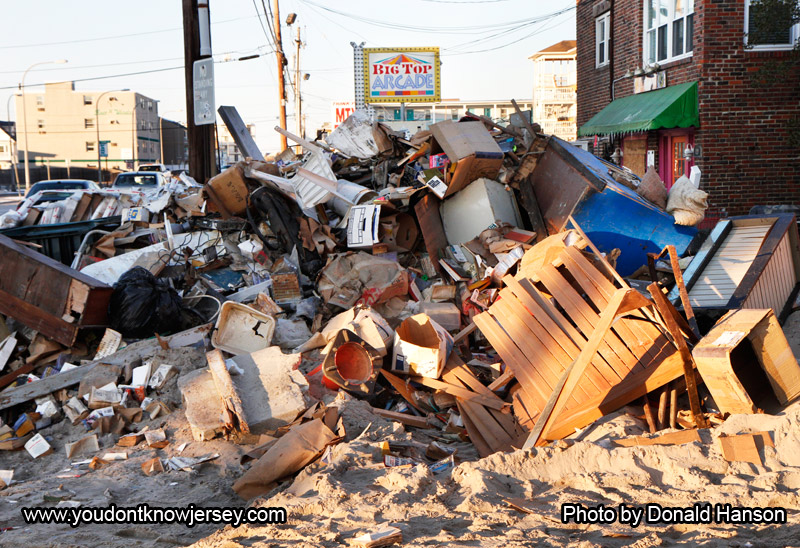 Despite the destruction, a lot more was intact and in good shape than I was expecting. Even now, there are food and entertainment places open and more opening every week. So why not take a ride down there and support the local businesses.