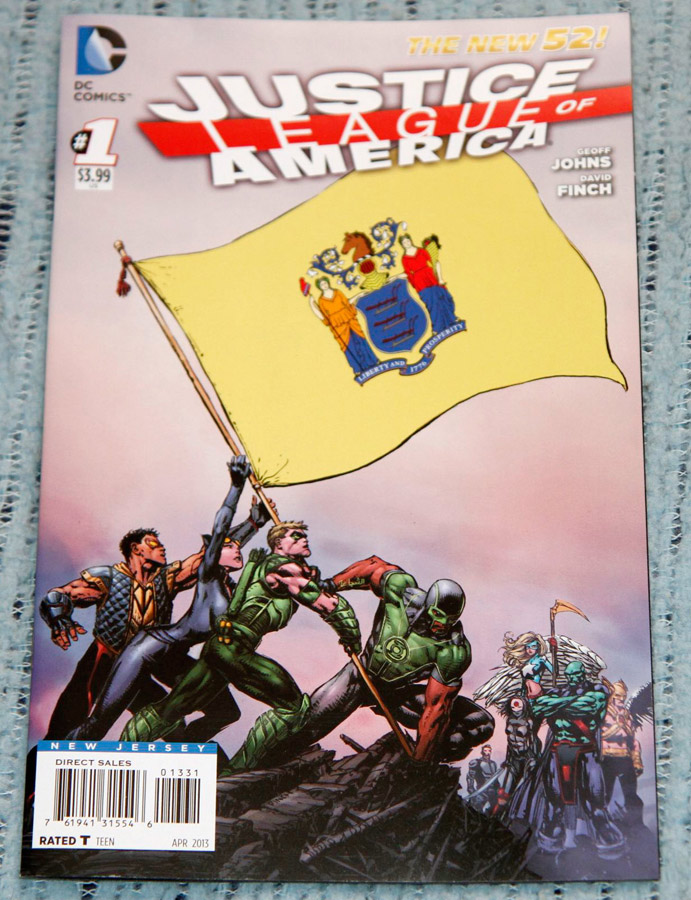 The famous photograph, Raising the Flag on Iwo Jima was taken on February 23, 1945 – 68 years ago today. As a tribute for its anniversary, DC Comics has designed the cover of the new Justice League of America #1 to mimic the photograph. The regular edition of the comic shows the superheroes raising the American Flag, but they have also made variant covers for each state with their flag being raised instead. Above is the New Jersey version of the issue showing our New Jersey state flag being raised and featuring our motto “Liberty and Prosperity” 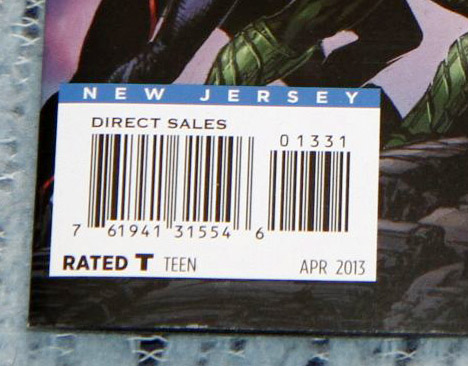 The comic was released this week and is on stands now.