The Number One State People Fled in 2012? New Jersey 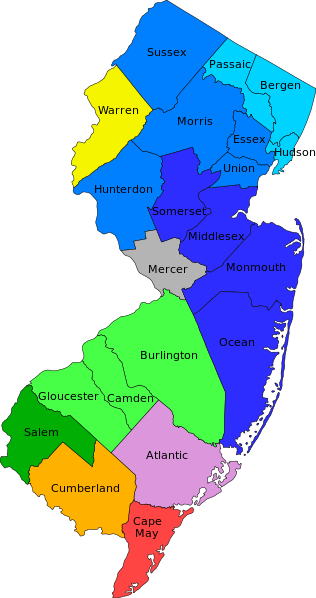 This week Forbes published an article entitled “The States People Are Fleeing in 2013”. The survey conducted by United Van Lines covers the 48 contiguous states and measures their moving patterns by number of outgoing moves verses incoming moves. The survey is in its 36th year and once again New Jersey is in the number one spot.

There are many reasons mentioned to account for this. The deindustrialization of the state is one. Major industry seems to be moving out of New Jersey all the time, the latest being pharmaceutical company Hoffman La Roche in Nutley which is taking 1,000 jobs out of state. The article also mentions the high housing costs in the state. When you live between two major cities housing is bound to be higher as many people commute to New York and Philadelphia for higher paying jobs and have more income. Jobs in our area certainly pay better than the same jobs in other states. Weather can also a factor. Hurricanes Irene and Sandy are harsh reminders that New Jersey can get hit with some damaging storms. Not to mention the snowstorms. Some people like a more temperate climate without these worries.

The original article did not mention the one thing that a lot of people complain about when a list like this comes out. You guessed it, taxes. In fact Forbes came out with a follow up post on the subject of New Jersey and taxes a few days later. The author makes the point that “half of the top ten exit states also appear in the top ten tax burdened states.” She goes on to show that many of these states, including New Jersey, also appear on the bottom of “Business-friendly” states when talking about taxes. New Jersey has one of the highest tax rates for income and property in the United States.

These reasons are all valid and I understand why some people leave due to financial reasons. However, they aren’t enough to make me move out of the state that I love. I accept that it costs more to live here than many other places. What do you think? Should you stay or should you go now?