It’s a shame that after 25 years of fun on the Jersey Shore, Clownfest is leaving the Garden State for Lancaster. It started in Asbury Park in 1981 and moved to Seaside Heights in 1987.  CBS New York says that organizers of Clownfest state they are moving for financial reasons but didn’t elaborate on what that meant. 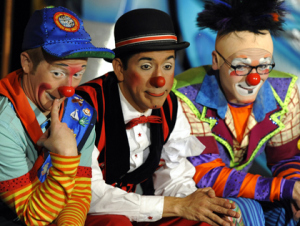 I know at least one person who now feels safer going back into the water.  Our very own editor, Ed, has the anti-clown gene and we love to tease him about it.  Ed’s mom is always giving him little clown pictures and trinkets.  That of course also meant that every year when Clownfest rolled around, we’d joke about heading down to Seaside that day. Looks like we have one less reason to visit the shore more often this summer!