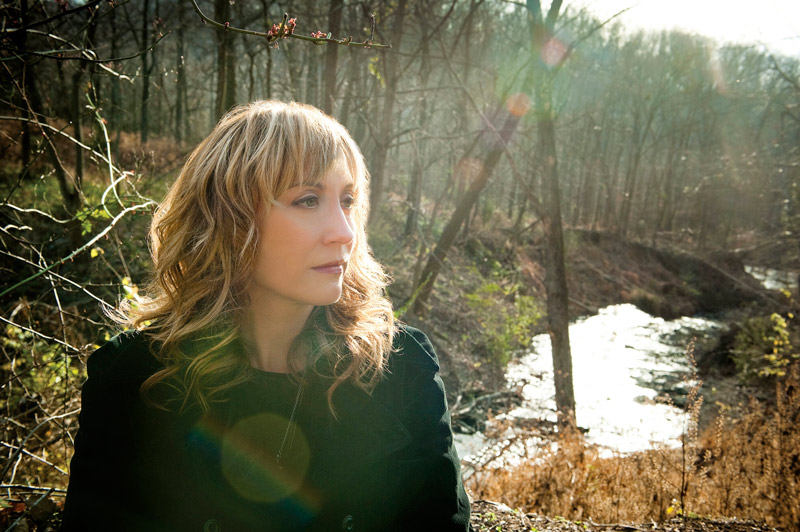 for How To Sleep In A Stormy Boat

Special guests The Sea, The Sea

If you are a fan of singer-songwriter/folk/Americana music, you’ve probably heard Amy Speace’s name over the past few years trumpeted by many heralding her as a ‘torchbearer’, bridging the gap between old and new schools of folk music. On April 13th, Amy will celebrate the release of her latest collection of songs, How To Sleep In A Stormy Boat (WindBone Records/Tone Tree) at the Acoustic Cafe.  A document to living gracefully with grief, it is a deeply honest 11 song journey that includes guest appearances by Grammy-nominated John Fullbright, Mary Gauthier and Ben Sollee.  The concert wlll feature Amy’s backup band, The Storm — multi-instrumentalist Josh Oliver on guitar/keys and Hannah Schroeder on cello and will be joined by special guest openers The Sea The Sea, the duo of Chuck E. Costa and Mira Stanley on vocal harmonies.

“It is the most daring, confident, ambitious and beautiful album Amy Speace has made since she began recording…she has never sung or written better,” says rock journalist Dave Marsh in the liner notes that accompany the record.  “Speace’s songs hang together like a short story collection, united by a common vantage point and common predicaments…it’s a gift to hear a heart so modest even when it’s wide open.”

Discovered by Judy Collins in 2005, Speace released two critically-acclaimed records with Collins’ owned Wildflower Records, 2006’sSongs For Bright Street, and 2009’s The Killer In Me. Collins recorded Amy’s song “The Weight of the World”, calling it one of the ‘best political songs I’ve ever heard’, and WFUV host John Platt named it as the #4 folk song of the last decade.  Her songs have also been recorded by Red Molly, Memphis blues artist Sid Selvidge, jazz artist Lisa Markley, Jonathan Byrd and Doug & Telisha Williams. Ian Hunterbrought Amy to the UK to open his 2008 Acoustic Tour and then made a rare guest appearance dueting on two songs on The Killer In Me.  In 2009, Speace moved to Nashville, TN and began working on her 2011 release, Land Like A Bird.  In 2012, she toured in Europe opening forAlejandro Escovedo and wrote the song cycle that is now How To Sleep In A Stormy Boat.  She’s appeared on Mountain Stage and Acoustic Café, both NPR syndicated radio shows, The Rocky Mountain Folks Festival, Philadelphia & Kerrville Folk Festival, Maverick Festival (UK) and SummerTyne Americana Fest (UK).