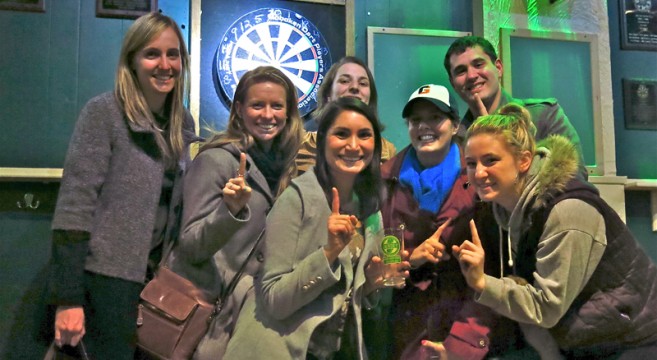 Jersey Trivia Night at The Shannon in Hoboken Was Super Fun… and Challenging! 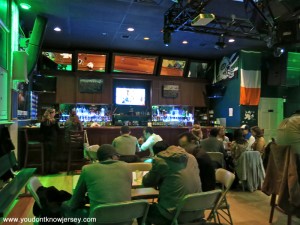 A few months ago, a friend invited us to a Princess Bride Trivia Night hosted by Trivia AD.  We love trivia and had always been intrigued by these events but had never attended one.  We had an awesome time as did everyone else who was in attendance.  Our team, Six Finger Discount, ended up getting Second Place which we thought was pretty good for our first trivia night.

We left a message on Trivia AD’s Facebook wall about how much fun we had and that started a conversation.  It turned out that they were thinking about a Jersey Trivia Night already and our having contacted them was a bit serendipitous.  We talked about bit about how we could work together and decided that they would create the game and we would sponsor it.  We supplied them with pages and pages of trivia from our vast reserves of New Jersey knowledge and promoted the event while they handled the rest.

On a rainy Monday night at The Shannon, New Jersey trivia buffs gathered for the inaugural running of Jersey Trivia! 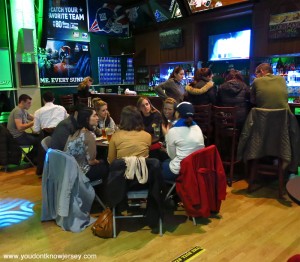 We don’t want to give anything away for the next trivia night (stay tuned Bayonne-area trivia fiends… there’s another Trivia Night coming soon!) but there are five rounds of trivia, including a lightning round.  One round involves pictures and one has quotes.  That’s all we’ll say!

We can say, though, that scoring was so close that there was a tie-breaker at the end.  Here is Trivia AD’s awesome host, Christina, with the second and third place finishers vying for those spots in the tie-breaker: 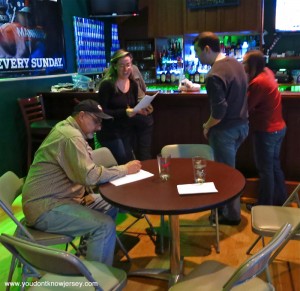 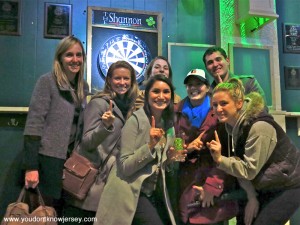 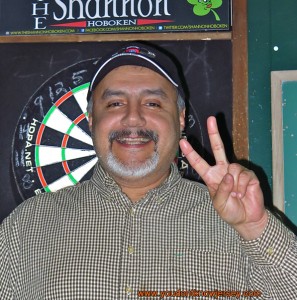 Third place winners – It’s Called Pork Roll! (Now that is an argument for another night!) 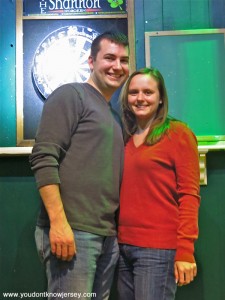 It was so great meeting the players afterwards and hearing about how everybody loved New Jersey!  Even the people who didn’t place were excited about playing and glad they came.  Some players said they even learned something new about their favorite state.  Hey, that’s what we’re here for!