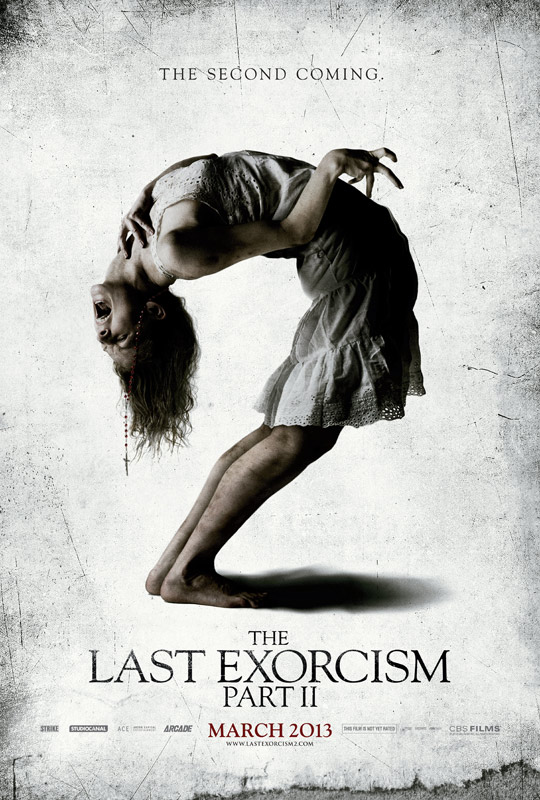 The story continues following the girl who the exorcism was performed on in the first movie, Ashley Bell. Her acting in both movies is very genuine and believable in a complicated role. She has a great screen presence and gets you involved in the story.

The ramifications of the final scene of the previous movie are not addressed, but the opening scene is a summary of the first film for viewers who didn’t see it or a refresher for those who did. This works well as it makes each movie its own story and frankly it makes perfect sense that Ashley Bell’s character could move on into this story leaving the last one behind. There is however another familiar face from the first film but I will not say who or why.

What really struck me about this film from the opening scene was the camerawork. It’s flawless composition and lighting and well thought out creativity give the film a solid tone and feel. Also enhancing the story is the fact that it is set in New Orleans and they made great use of locations and events. This is a great movie to look at.

Beyond that the story and acting are solid with just the right amount of characterization to help the story along. Of course you know what to expect – a building of suspense knowing that the lead character is like a ticking time bomb of possession even as she tries to get away from it and lead a normal life. The suspense is well developed and the climax and ending go one step further than the previous film.

This is a solid if not spectacular horror movie that does a lot of things well, a worthy sequel in a completely different style from the first one. The nice thing is that with both movies together you get the same storyline and afflicted character but done from two different perspectives. In fact, this sequel actually incorporates some footage from the first movie in a very creative way. These 2 movies would make a unique and perfect double feature.

Pin It
Previous post:
Jersey Italian Gravy – You Gotta Try Some! Next Post:
New Jersey Society of Professional Journalists Gave a Behind the Scenes Tour of NJTV at Montclair State University