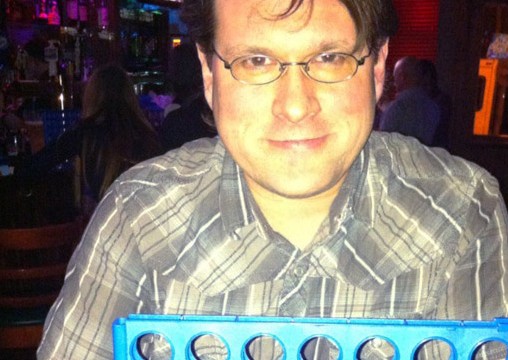 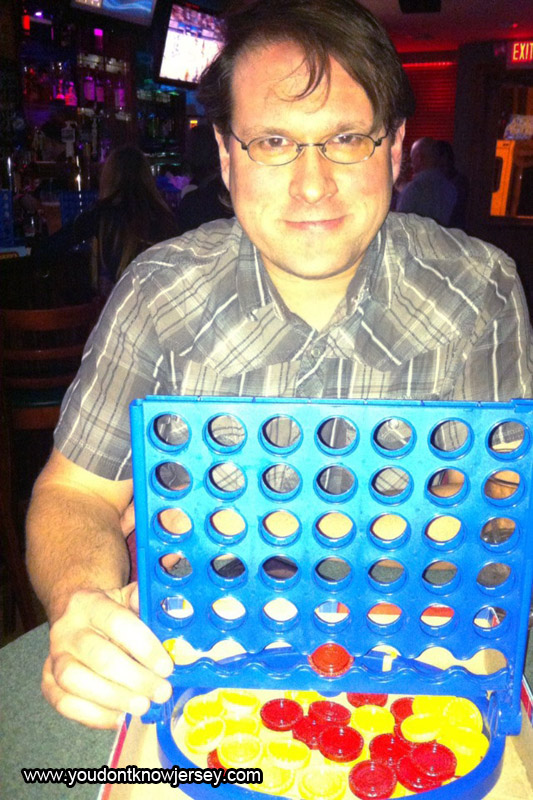 Like everyone else, I played Connect Four as a kid. It’s one of the all time classics like Monopoly, Yahtzee or Checkers. And like most people, I eventually stopped playing it and put the game in the closet to collect dust. A few years ago I went in to a restaurant on Bloomfield Ave. in Montclair called ‘The Roost’ that made awesome burgers. I don’t know why it was called ‘The Roost’, it always made me think it was a fried chicken place when really their thing was burgers. Anyway, they had Connect Four boards set up at the tables to play while you waited for your burger to be cooked. I started playing people that I went there with and I would always win. This confused me as I figured that Connect Four should be like Tic-Tac-Toe where there is no winner and it always results in a tie or at least that there would be a 50/50 split on winning and losing but that turned out not to be the case. Then I assumed that I was playing people that just weren’t very good at Connect Four so I started playing as many people as I could and I still kept winning. Frustrated, I contacted a math teacher I know who is very intelligent and is great at games as well. I wound up beating him 9 out of 10 times. What’s really strange is that I’ve never considered myself to be a great player and I don’t really even have a strategy. I just make it up as I go along.

I began to look for Connect Four tournaments online to find better challengers and possible win something with this new-found talent. The only thing I could find was something in Brooklyn that had already happened and didn’t look that serious anyway. I was disappointed to see tournaments for other games but not for Connect Four. After co-sponsoring a trivia contest, my co-editor Alice found a Connect Four tournament called Connect Fournament taking place at The Shannon in Hoboken, the same venue as our upcoming trivia contest. I was excited and nervous at the same time at the prospect of having a real Connect Four challenge. Would I choke? Would I find out I’m not as good as I though I was? I did not want to let myself or my friends down. 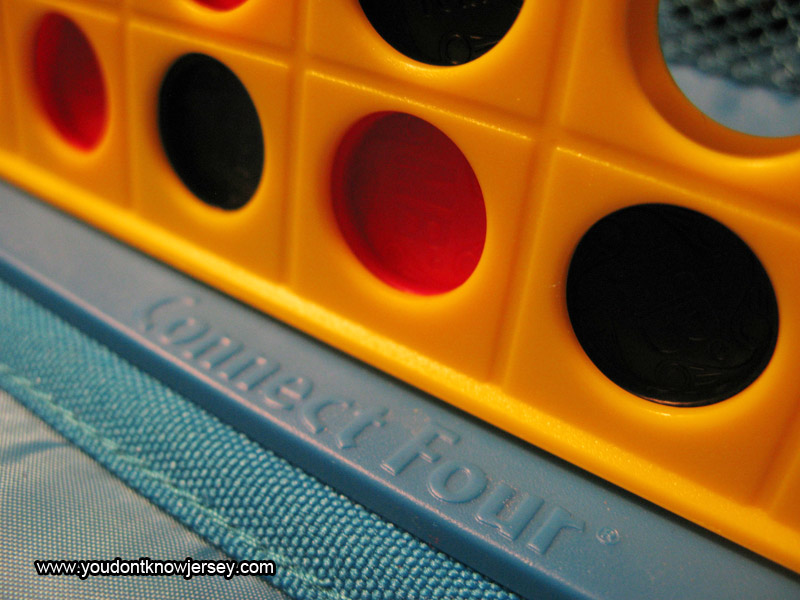 My 2 YDKJ co-editors came with me for support, but after I played them to practice, they decided to enter the tournament as well. The tournament was set up in rounds of best of 5 games or first to 3 wins. My first opponent was just there because they thought it would be fun, so I felt bad beating her 3 times in a row pretty quickly. To get through the second round, I had to take down my co-editor Alice. I knew I would probably win, but for someone who doesn’t really play Connect Four, she was not easy to beat. She presented some wild and unconventional strategies and I had to be careful because you never know what the other person is planning.

At the end of two rounds I was undefeated having gone 3-0 and 3-0. My third round opponent looked focused and serious and was the person who had knocked out my other co-editor Ed. It was a bad combination of a difficult opponent and being undefeated with a sense of security. In this first game against my new opponent I was paying so much attention to my own strategy that I didn’t even see what he was doing until he won. I missed a simple straight horizontal 3 in a row he had going. He must have thought I was an idiot. Plus, now I was in a hole and I hate that. I knew he wouldn’t beat me as easily the second game but it still makes you nervous because your mind set is rattled. I remained calm and won the next 3 games in a row but it wasn’t easy. In 2 of the games, we used a fairly substantial amount of the board. Winning the third round got me my place in the finals that I am going to tonight to play for prize money. However, there was a fourth round to win non-cash prizes that night. They put me up against the other best player of the night.

Even though I was playing my toughest opponent of the night, I felt no pressure as my place in the finals was secured. In these games, we used up a lot of the board and I thought there was a real possibility of a tie. That didn’t happen though and I won 3 games in a row to finish the night 12-1 overall. I then got to claim my prize. There were a few to choose from and I picked a long sleeved button denim shirt with a Miller Lite logo on it as the prizes were sponsored. It really was the perfect prize as I really needed a shirt.

Having the tournament at a bar was an interesting laid back atmosphere and it was cool when a song that I liked came on when I knew I was doing well in a game. Everyone seemed to enjoy themselves, even the focused guy I played in the third round. When I go to the finals tonight I will be facing all good players and I may get destroyed by the competition, but so far I’m doing good and looking forward to competing for money. Turning this into a career would be really cool.