Update:  Voting has closed for Round Three.  Stay tuned tomorrow for the Final Four Round.  Thanks for voting!

Round Two was the round where the big time players separated themselves from the rest of the field. These perennial New Jersey icons will now face each other in the Elite Eight round! We’re getting closer and closer to the wire. People have begun to predict the final battle. Will they be right? Voting has now begun for Round Three. Voting for this round will end on March 31st at 8:00 PM. 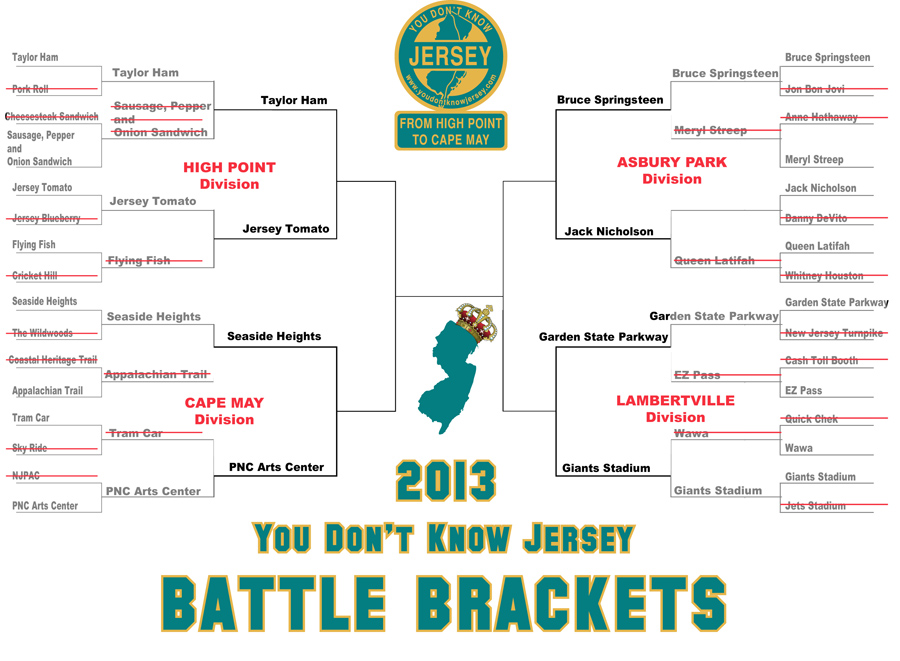 High Point Division, Round Three – Taylor Ham is on a roll!!  In a second round match-up with boardwalk favorite, sausage, pepper and onion sandwich, the king of breakfast meat in New Jersey showed who is boss. Taylor Ham will now face what is disputably the most popular of the state’s iconic foods, the Jersey tomato, who crushed Flying Fish Brewery in Round Two. Jersey Fresh indeed. This round will test the loyalty of many a fan of the Garden State.

Cape May Division, Round Three – Seaside Heights absolutely destroyed the Appalachian Trail. Seaside was the sole shore representative left in the brackets and the trail was no match. We love the shore and if the Round Two result was any indication Seaside Heights is a favorite to get to the championship. It will have to get by PNC Arts Center who surprisingly squeaked by the tram car. Maybe the memories of the great concerts folks have seen at PNC were a better recollection than hearing “watch the tram car please.”

Asbury Park Division, Round Three – The Boss keeps driving down that highway to victory. One of New Jersey’s most loved natives seems like he cannot be stopped. He beat out perhaps the finest actress of our generation Meryl Streep in an almost shut out. Will anyone stop Bruuuuuce? It is gonna be a tough task for Jack Nicholson who bested Queen Latifah in the second round. Heeere’s Johnny!

Lambertville Division, Round Three – The Garden State Parkway, that favorite of pay roads in NJ, beat out the method of payment EZ Pass. Tough to beat the road that takes so many people to the shore. It will now face Giants Stadium who triumphed over the convenience of Wawa. 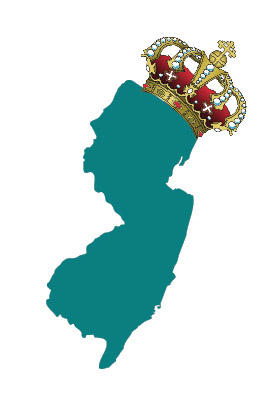