The Sequester – What You Need To Know 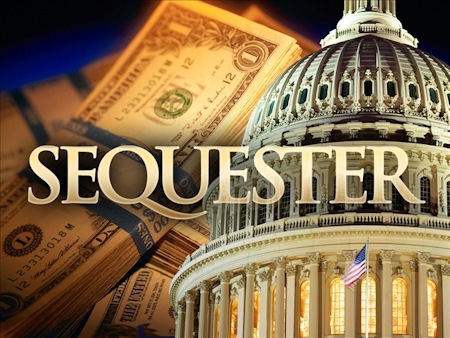 A couple years ago I wrote a post on the Debt Ceiling and a possible Government shutdown. It was a very popular article so here is what you need to know about ‘The Sequester’ which is essentially a sequel as it was set up as part of the terms of raising the Debt Ceiling almost 2 years ago.

You’ve probably heard about the sequester by now. If you read the news you can’t get away from it. You hear about the cuts that the Government is going to make if they don’t decide on making different cuts or increasing revenue. The media keeps saying “deep cuts” as they tell you that the damage will be catastrophic and that the sequester was designed to be so bad that the politicians would find other ways to cut the budget. I’m not sure if you have heard exactly how much money is being cut from the new year’s budget over the previous. Brace yourself before I tell you the amount… are you sure you’re ready? Ok, the amount is zero, zip, zilch, nada, nothing, not one dime, not one nickel, not one penny. In fact the budget for the new year with the sequester in effect is larger than last year’s budget. Only our Government and the media, in an attempt to incite panic, could call an increase in spending “deep cuts” when in reality there are no cuts at all.

Let me make this very clear to you : The United States Government will be spending more money this year than it did last year under the sequester, period.

The new budget is approximately 102 percent of last years. Without the sequester, the new budget would have been about 105 percent of last year. The sequester doesn’t make any cuts at all but is being called cuts because the increase in spending is not as big of an increase as the politicians wanted. And even if you call it a cut to the new budget, that means that there is still over 97 percent of the money that they intended on. When you hear politicians talk about what needs to be cut, remember that only 2.86 percent of the newly increased budget is being cut across the board. Ask yourself if it makes any sense that 2.86 percent would affect the situation in the manner that they are saying it would.

There absolutely is a serious problem with the sequester : It needs to be 15 times bigger than it is. The new budget needs to be 60 percent of last years in order to be balanced. If only raising the budget by 2 percent is the end of the world, then what would cutting it by 40 percent be? Well it would actually be a very good thing and it’s one of the most important things that must be done to fix our broken system. The sequester is just the tiniest step in the right direction but the politicians and the media have to be dragged through it kicking and screaming as they can’t stand to see even the smallest good thing happen.

You will hear the media tell you about all the bad things that are going to happen, but they are necessary and will help fix the overall problem. The problem is that the politicians are addicted to spending way more money than they have and they don’t want to stop. It’s like if someone is addicted to drugs. They have to go through withdrawal to get healthy. The withdrawal isn’t pleasant but when it’s over they are much better off. The longer they put off going through withdrawal the worse it will be when they do it, and if they don’t quit and keep taking drugs eventually they will overdose and die. The longer we go without balancing the budget, the closer we get to a permanent collapse that is impossible to fix.

Have a nice day.