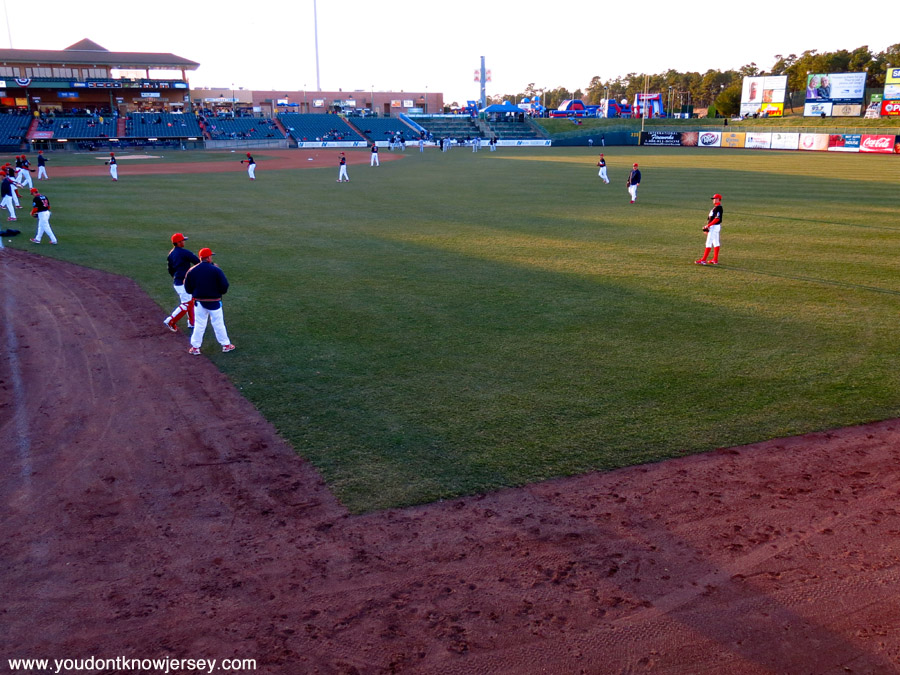 For a small state, we have a lot of minor league ballparks! Six teams call New Jersey home.

The Lakewood BlueClaws are the Single A affiliate of the Philadelphia Phillies. They are in the South Atlantic League and they play in Lakewood in FirstEnergy Field.

The Trenton Thunder are the Double A affiliates of the NY Yankees. They play in Trenton in Arm & Hammer Park and are in the Eastern League.

The Camden Riversharks are unaffiliated with Major League Baseball and are in the Atlantic League of Professional Baseball. They play at Campbell’s Field in Camden.

The Somerset Patriots are not related to Major League Baseball. They play at TDBank Field in Bridgewater and are members of the Atlantic League of Professional Baseball.

The Newark Bears are also in the Can-Am League and not affiliated with the MLB. They play at the Bears-Eagles Riverfront Stadium in Newark.

The New Jersey Jackals are also independent of the MLB, in the Can-Am League. They play in Little Falls at Yogi Berra Stadium on the campus of Montclair State University.

Sure going to a major league baseball game is a lot of fun. It is also very expensive. Whether going to see the Philadelphia Phillies, New York Yankees or New York Mets, taking a family of four can cost a significant amount of money. You may also end up way up in the nosebleed seats and need binoculars to see what is happening in the field. Don’t get me started on the prices at the concession stands.

This spring, we’ll be visiting all six of the teams in their home stadiums and bringing you a series of articles on what the stadiums are like, the fun things that happen during the games and what the concessions are like at each game. We’re excited about visiting all the parks and we can’t wait to bring you all this fun information.