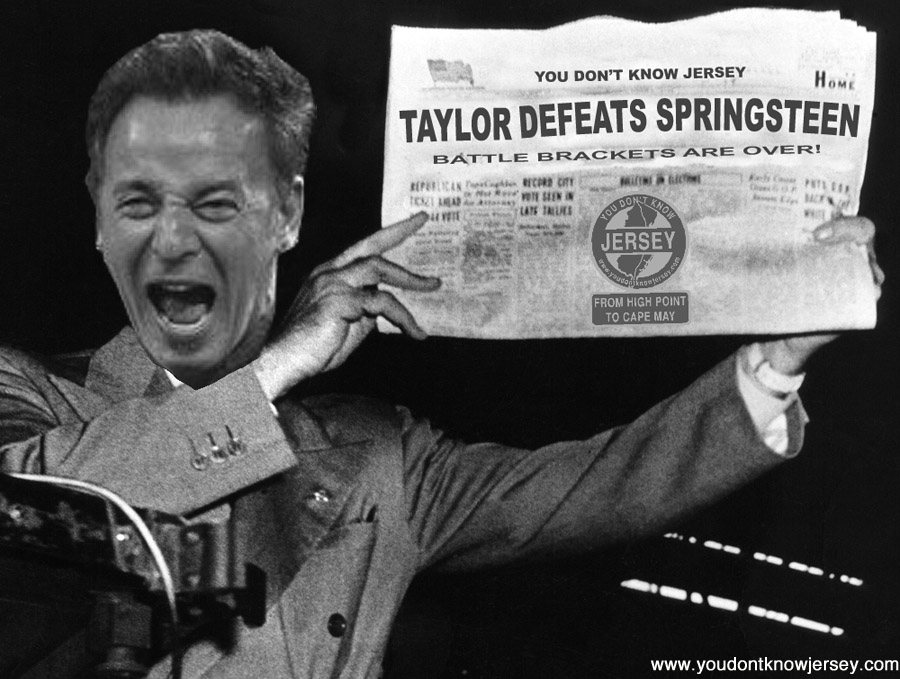 Taylor Ham has defeated Bruce Springsteen in the first ever You Don’t Know Jersey Battle Brackets. It was a hard fought contest with a slim 5 votes being the margin of victory. Along the way Taylor Ham beat out pork roll, sausage pepper and onion sandwich and Jersey tomato before facing off against Bruuuuce. The Boss beat Jon Bon Jovi, Meryl Streep and Jack Nicholson before losing in the championship round.

We are already coming up with possible match-ups for 2014. Thanks to all who voted!! 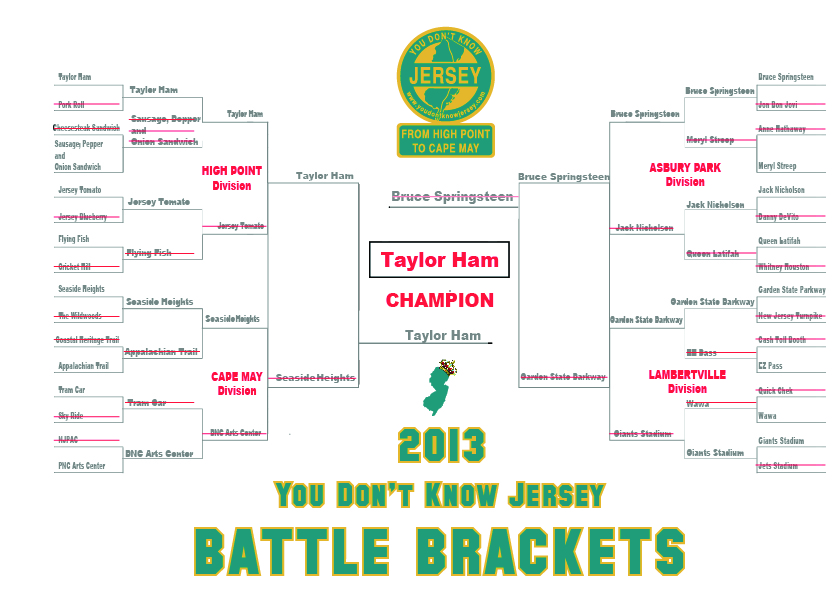