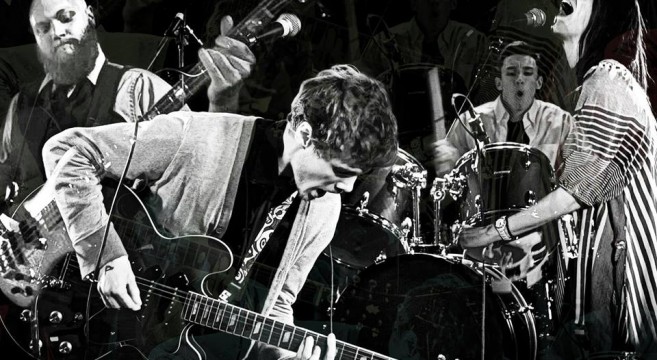 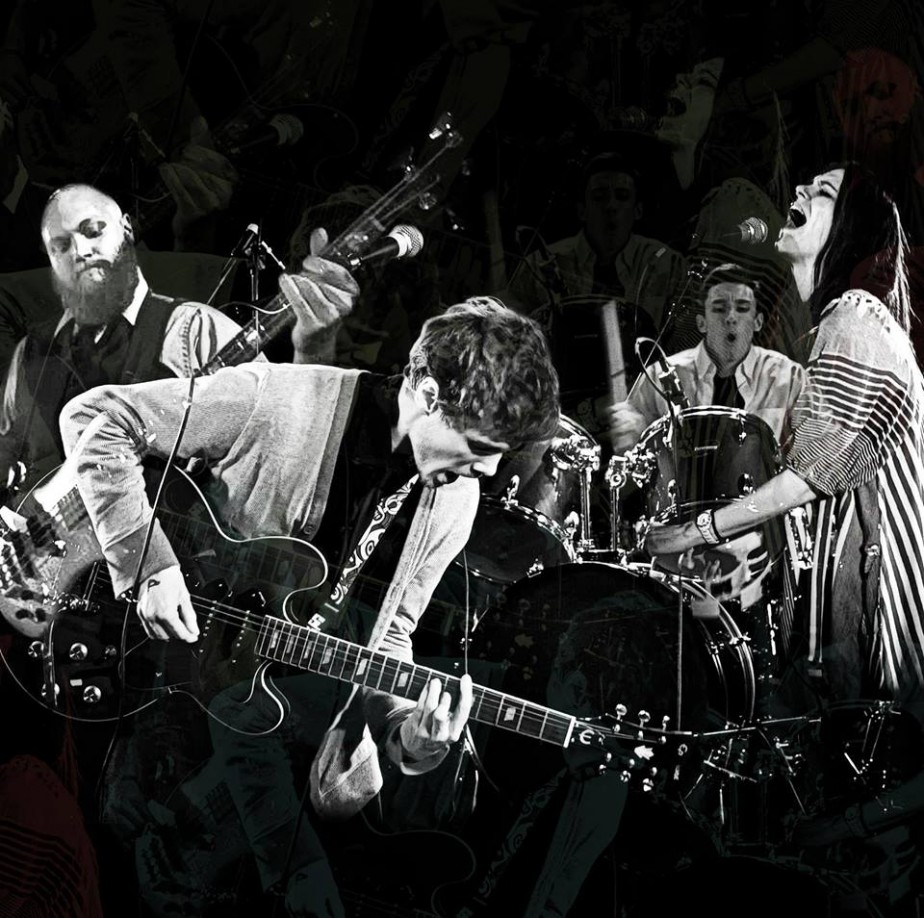 I told a friend I was checking out bands that are going to be playing the inaugural Jersey Shore Music Festival and mentioned I was really digging Monmouth County’s Julian Fulton and the Zombie Gospel. Then came the dreaded question, “What do they sound like?” This is a tough question to answer. How does one pinpoint this band? Fact is, you can’t. Rock, blues, funk, soul, indie. How about a mixture of all of these with an honest, passionate voice?

Though Julian has been learning many instruments and writing for many years the band first debuted at the 2011 Bamboozle festival at the Meadowlands in East Rutherford. The following year they released the ambitious EP, Heart & Arms. The record starts with an indistinct rumble of sound before some backwards guitar finds it’s way out and with a call of 1,2,3, GO we are off for an interesting listen. The single “Lie” is next with some great harmonies and guitar work. Next up is “And Now” which wouldn’t be out of place on a David Lynch soundtrack with fuzzy vocals and mesh of guitar and piano. Each song from here explores a different style but but it all comes together. 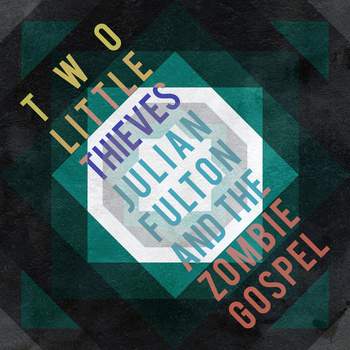 The band recently released the single Two Little Thieves, an epic 7 minute song that takes the band’s unique sound but with added focus. With a funky bass backdrop, back and forth singing and some excellent, intricate guitar work this song is a feast. It certainty left me wanting more.

Julian was kind enough to answer some questions for us.

How did the band get together?

I started the band accidentally, so to speak. I signed myself up for a battle of the bands in 2011 without a band, so some friends and friends of friends agreed to play with me. I went from having only my brother on drums to having a nine-person backing band in literally a day’s time. I was trying to challenge myself in hopes of bettering my abilities as a writer and arranger. Not to mention, I always sought after a big sound with lots of harmonies and instruments. Since then, our band has dwindled into a core group of players — myself, Russ Eia (who joined on bass in 2012 just in time to record on our Heart & Arms EP), plus Kristine Donovan and my brother Aidan (both of whom have been playing with me since 2008). We still hope to maybe add one or two new zombies to the roster within the next couple of months.

The Zombie Gospel was a name I came up with when I was 14 or 15. Something I doodled in my notebook during class. It just presented itself to me. I don’t quite know how, but I do know that I thought it sounded very rock and roll. Harmonious and tragic at the same time. And I just knew that I wanted to one day have a band that fit this description. Lived up to the epic nature of the name.

Your sound seems to be made up of many different styles. Who are some of your biggest influences?

Any genre-clashing craziness we pursue is relatively unintentional. I’ve never been one to limit my writing to any one song or genre, because I listen to so many different types of music and have been influenced in so many different ways. The same goes for Russ, Aidan, and Kristine. We never want to make the same song twice. That said, The Beatles have always been my biggest influence. When you listen to The White Album or Revolver, you can hear so many different styles of music, and I’ve always admired the creative bravery and ambition The Beatles and George Martin brought to the popular music realm. Other influences include Tom Waits, Bob Dylan, Grizzly Bear, The Black Keys, Brian Jonestown Massacre, Otis Redding, Arcade Fire, Elliot Smith, Jimi Hendrix, Local Natives, Fleet Foxes, James Brown, Beck, Neil Young, and so many more. We love rock, pop, folk, blues, soul, funk, hip hop, world, classical, jazz, whatever.

Do you see the local music scene in a good place right now?

I see the local music scene in the same place as the music business: a state of emergency. There really isn’t a cohesive scene, at least not that I see. Don’t get me wrong. The artists are there, but the audiences just aren’t. Blame it on the venues, promoters, internet, or even the bands themselves, but people simply do not go to shows to discover new music anymore (and since the internet, there is a LOT of new music). In the 60’s and 70’s, that was the thing to do – go out, drink, see live music. Time have changed. Now, the thing to do is get extra wasted at an over-priced sports bar, maybe take a little ecstasy, and fist-pump the night away while trying not to have an epileptic fit from the repetitive bass and strobe lights attacking your brain. At the same time, going to see live music used to be a more affordable luxury (not that getting wasted at a Jersey Shore bar is cheap). Simply put, selling music and tickets is harder to do now than ever before. All musicians can do now is try to support each other and hope that people wake up and realize the value and importance of supporting the arts. Maxwell’s closing was not a great sign, but maybe the fall of Hoboken’s music scene will create an opening for something or somewhere new to help New Jersey musicians flourish.

You just released an awesome new single “Two Little Thieves.” How has the response been?

I’m happy to say that the response to “Two Little Thieves” has been good. At least everyone who’s bothered to give us any feedback has been super positive about it. They’re excited to hear us keeping things “fresh,” as they put it. The same as each song on Heart & Arms differs from one to the next, “Two Little Thieves” differs from all of them. The tone is darker, the tracking more simplistic, and the sound straight rock and roll. Could’ve been hit or miss with the tune being 7 minutes and all, but I think we did OK. I’m anxious to continue working on new songs and integrating them into our set. I feel like the material we’re preparing more accurately represents our band and sound.

Honestly, I don’t know if I like living in New Jersey. Lots of things I’m not partial to. But when you think about it, if you live anywhere long enough, you’re bound to develop resentments. And frankly, I haven’t lived anywhere else long enough to really compare. Plus, when I remember that I live jogging distance from the beach, get to experience all the seasons, eat amazing pizza, and never have an issue finding an open diner at 4 in the morning, I realize that it could be a whole lot worse. There’s good and bad in every place. I would definitely like to live elsewhere in my lifetime, but who’s to say I won’t just end up back in New Jersey.

What are five words to describe a Julian Fulton and the Zombie Gospel show?