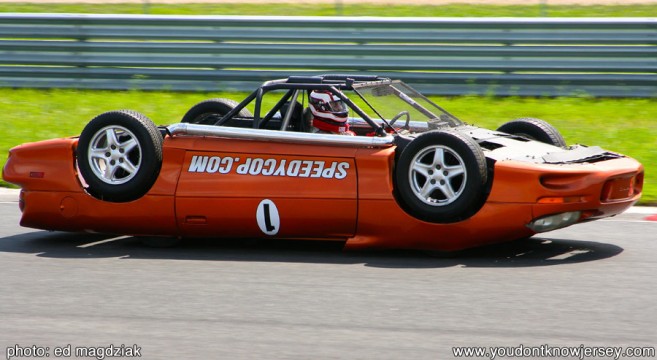 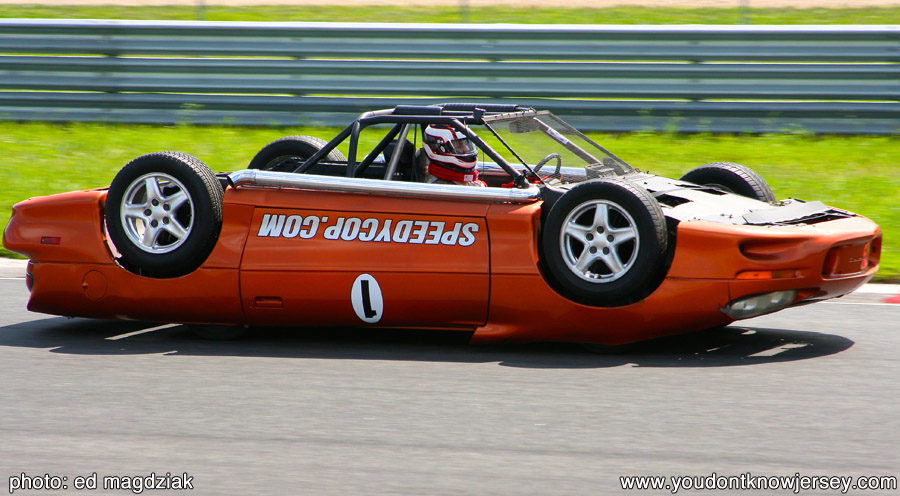 August 2012. We’re driving north to Millville from the southern edge of New Jersey where the Delaware River flows into the Atlantic Ocean. We see a boat with wheels whiz by on a racetrack followed by a Scooby Doo-style Mystery Machine. Not knowing what we were looking at we looked up New Jersey Motorsports Park and saw what was scheduled for that day.

That was the introduction of 24 Hours of LeMons into our lives. We were intrigued. A race car that can’t cost more than $500 (safety gear not included) in an endurance race with up to 150 other $500 cars all racing for silly prizes and glory. Needless to say, we got the next “Real Hoopties of New Jersey” LeMons race onto our August 2013 calendar immediately.

Arriving only minutes before the first race session began, we heard the announcement of “Gentleman, attempt to start your engines” and we knew we were in for a fun two days. We were laughing already and it was 9:45am.

Half the cars in the race are more like art cars than serious racing cars. This year’s star vehicles were an upside down Camaro and a Rolls Royce. The upside down Camaro was created by Jeff Bloch, A.K.A. SpeedyCop, and made its debut in Millville. The car’s base was a 1990 Ford Fiesta with the 1999 Chevy Camaro body over it. It confused and delighted the crowd as it carefully made its way around the track. It was clear from the beginning that this car wasn’t going to win the actual race but that’s almost not the point in LeMons. Sure, there’s a trophy for the car that actually makes the most laps over the course of the two-day event but the most anticipated prizes are the Judges’ Choice, Index of Effluency (for the best and most-unlikely car to do well), Most Heroic Fix and the ever-popular I Got Screwed. 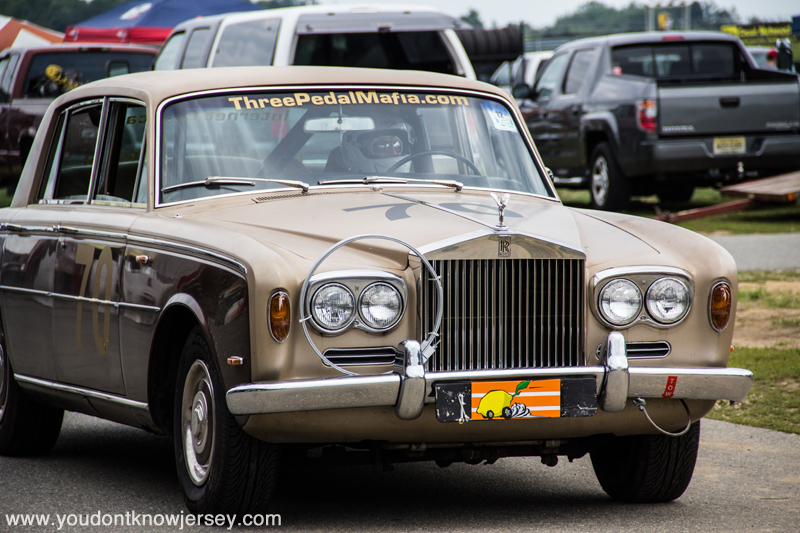 The Rolls also made its debut in Millville this year. It was built by the Three Pedal Mafia team based in New Jersey and Eastern PA. There were some grumblings that perhaps the Rolls was over the $500 limit. The judges were convinced that it was allowed, though, and the car with garbage can top hat (sometimes) on top and the monocle firmly in place over the right headlight was a joy to watch lumbering around the track. Late in the day on Sunday it was compromised in a crash but the team was able to get a fix in place and it carefully made its way around the track a few more times more as a joy ride than as an actual competitor. 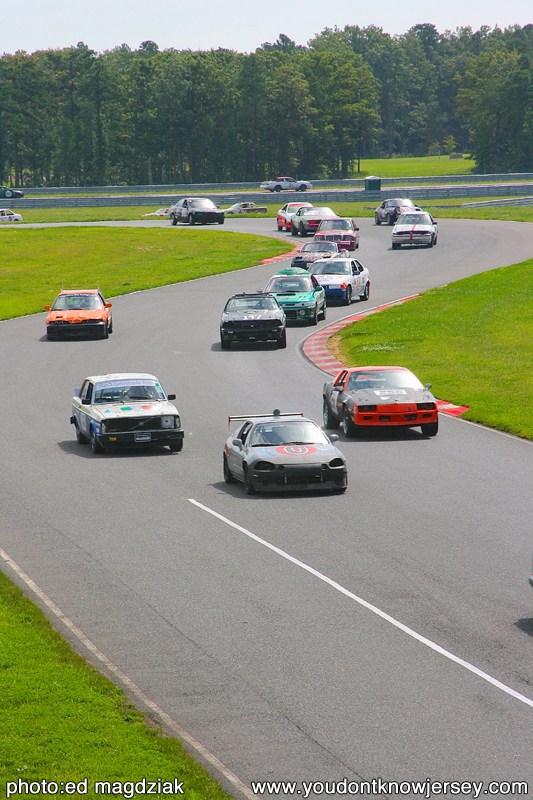 We came for the race but we stayed for the people. Race teams, New Jersey Motorsports Park crew members and spectators were all very friendly. We were able to walk around the tech areas and talk with people as they waited for their cars to come in for service. Many teams were dressed up and some were even barbequing and having quite a good time despite the pressures of racing. Some were so comfortable, they were hardly wearing anything at all! 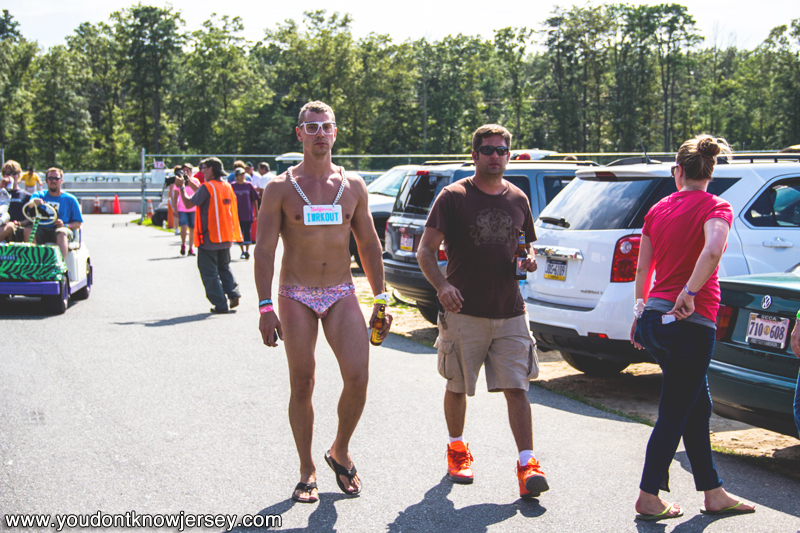 But, enough talk. To really experience 24 Hours of LeMons without being there is through pictures and video. Enjoy! 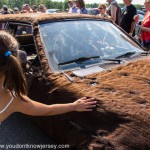 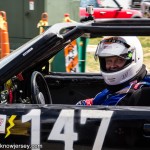 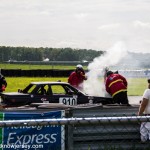 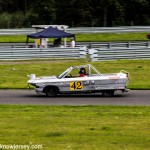 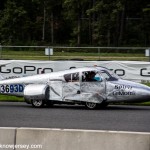 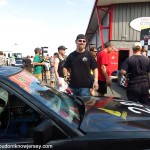 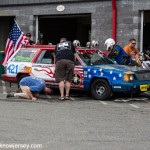 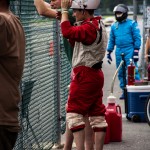 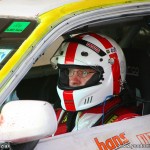 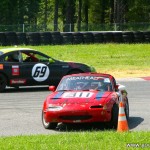 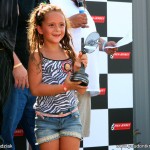 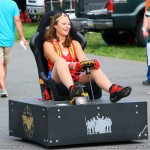 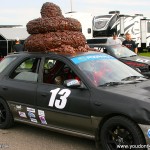 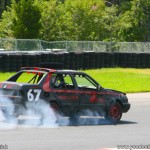 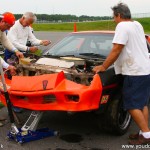 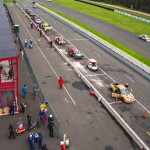 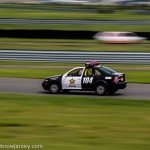 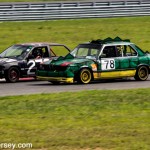 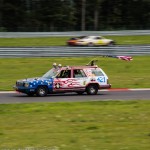 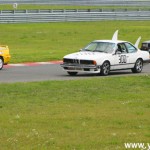 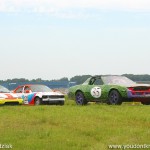 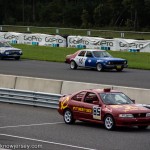 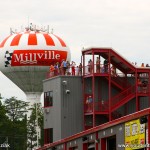 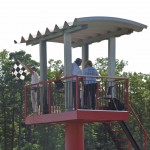 Check out all our pictures from the 24 Hours of Lemons at NJ Motorsports Park here.

Pin It
Previous post:
24 Hours of LeMons at the New Jersey Motorsports Park in Millville – Photo Gallery Next Post:
Things to do in Jersey – August 16 17 18 2013