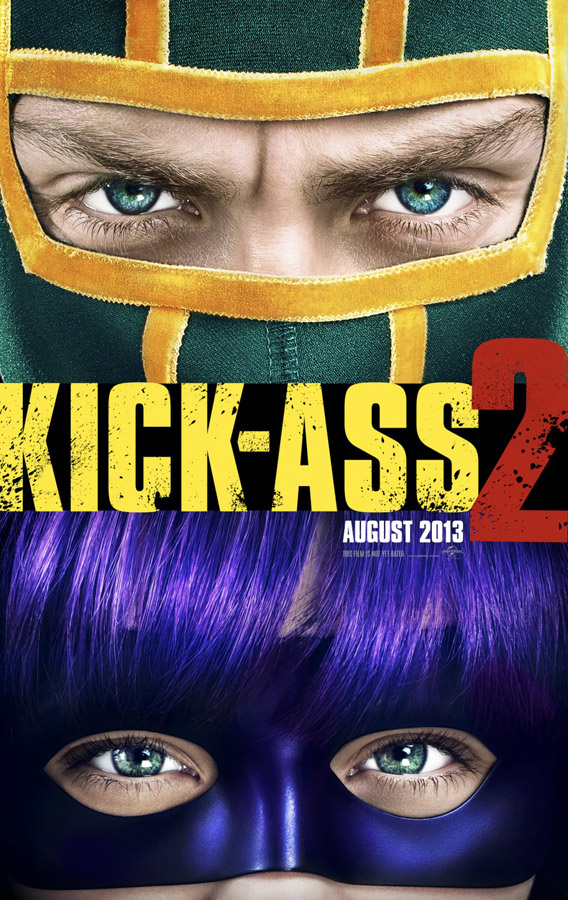 Three years ago, the first Kick-Ass was released. It was unique, intelligent, funny, violent, in-your-face and one of the best Comic Book movies ever made. The basic premise was : What if a regular person decided to put on a costume and become a superhero in the real world. The consequences were sometimes dark, sometimes hilarious and overall the most realistic in the same vein as Watchmen. It captured the spirit of the Spider-Man comic way better than either of the movie versions have and went above and beyond.

Matthew Vaughn, the director of the original Kick-Ass as well as the excellent X-men : First Class is back as a producer but is not directing this time. this kind of thing always scares me. When a movie is really good, I want the same director back for the sequel. You know what you’re getting. Getting a new director is like rolling the dice. Everything worked out fine with the director change in Iron Man 3 but Kick-Ass 2 is not so lucky.

This isn’t to say that it is a bad movie but it has less punch than the original and some scenes feel as they aren’t executed to their full potential. Story wise the movie is makes a lot of sense. The second chapter in the lives of Kick-Ass and Hit-Girl are written very well with a lot of plot developments that feel natural and interesting. Its just the lack of enthusiasm and over the top fun from the original that is distracting for fans of the first. I really liked that Hit-Girl is pretty much a lead of this film equal to Kick-Ass. Maybe it should have been called Kick-Ass and Hit-Girl. Now that Hit-Girl is 15 instead off 12 the movie takes advantage of the story possibilities that open up as she is getting older.

After the kick down drag out and exhausting climax of the original Kick-Ass, I was expecting something similar or bigger here. Now from a story point of view the climax is on a larger scale but it doesn’t fell like it and doesn’t bring the same emotion the original did. The catharsis and satisfaction that should have been there were missing. And the movie really feels tame when you take into consideration that it is rated R. I could understand a little bit if the weakening of the film came from making in PG-13 like other sequels from recent years but I think that the only thing that made this R was the language. A lot of scenes feel like they don’t go as far as they could have which is disappointing. This is a solid if not spectacular movie that comes across as a weakened version of the first.