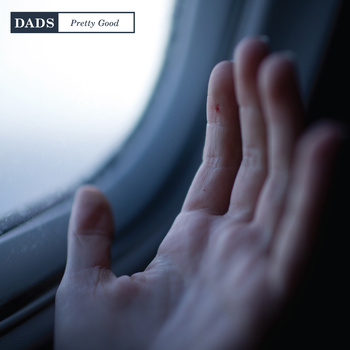 When a band takes a slight departure from their previous sound, it makes people nervous.  Piscataway’s Dads did that with their August 2013 EP release, Pretty Good, but this time it paid off.  It’s a little heavier-sounding than their previous releases and it shows a cool new range of music coming from this New Jersey band. Don’t worry, though, there’s still a little “emo twinkle” left from their previous albums and a whole lot more to love about this new release. 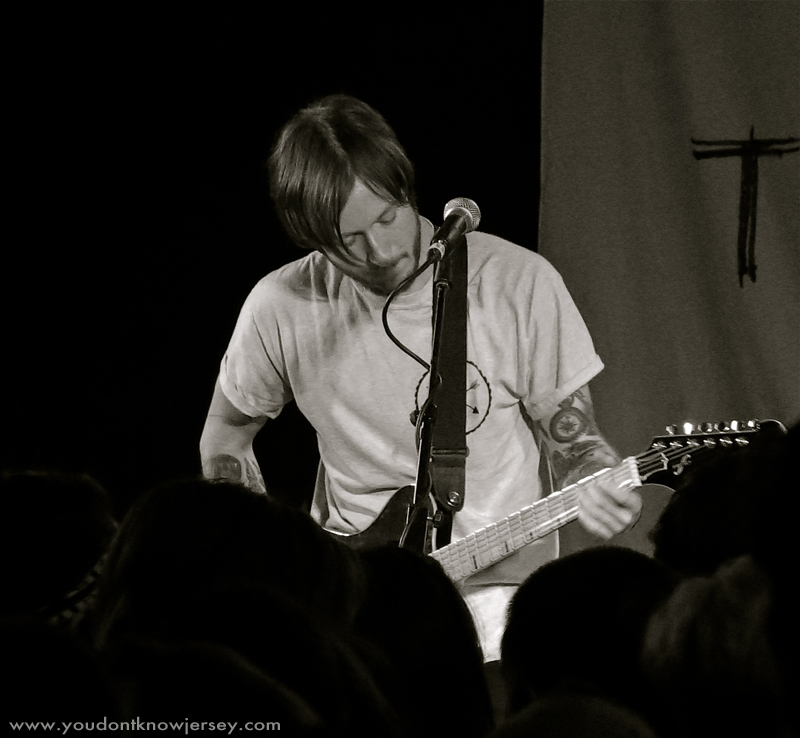 I wish I could take credit for the title of this article but that honor goes to a woman standing in front of me at The Stone Pony while Dads were getting ready to play a set opening for the Front Bottoms on August 30th. The idle chitchat of fans before the show had swung around to Dads’ new EP and how much we all liked it despite the concern that they “took the twinkle out” of their music.  She turned to me with a little bit of her own twinkle (in her eye) and said “yeah, it’s…  Pretty Good.”

Pretty Good takes us through four distinct mindsets with the four songs: wanting to find someone, a breakup, finding a place to call home and a sick loved one.  It makes you feel like you know exactly how their year has gone.  The opening song, My Crass Patch, is so good that I still listen to it a few times over before moving on to the other songs on the EP. A heavy rolling drum beat starts out at an average rock pace and slowly and carefully devolves into a slower and slower beat throughout the first half of the song.  It’s an incredible effect that leads up to the vocals section of the song with so much anticipation that you can actually feel it.  The slower drums continue with a guitar line that just hovers in that anticipatory vein in the first two sections of the vocals which use Godard’s Breathless as an image of what he wants you to be.

Be my American steam

Be my Jean Seberg and my new French queen

Be my Breathless scream

Be what I look for in everything

After more imagery about things he wants you to be, the song finally opens up into a harder, almost ominous, finale with pounding fast drums and a heavy and angry guitar riff.  With this angrier music, the words now make it clear that he doesn’t want you to change, but that he wants to change because of what you are already.

Be the harvest moon that makes Jupiter sore

It’s a pretty incredible start to a really great collection of four songs.  From My Crass Patch, we move to Can I Be Yr Deadbeat Boyfriend which will seem more familiar to fans of their previous release, American Radass (this is important), and will introduce a new listener to a different sound. The title of the song reflects the humor that I like in what they choose to title their songs.  The song is about seeing everything differently after a breakup.  The rolling guitar and drums that are indicative of American Radass is what’s most evident here musically.

The familiar sound continues in Boat Rich but this time with more optimistic vocals.  Here, they are reminiscing about different places they’ve been and fun they had traveling around the U.S.

But do you remember

and the late night talks

in every state we’ve been in

that home doesn’t have an address

It doesn’t have an address

“Realizing that home doesn’t have an address” sounds like all the travel they’ve been doing on tour has given them some food for thought.  Boat Rich is also the most sing-along friendly track on the EP but really they’re all pretty worthy of cranking up in the car to singing along to.

The final song on the EP is No We’re Not Actually. It’s a gut-wrenching song about dealing with someone you love falling ill.  It starts out with just guitar and a not-quite falsetto sung in a whisper.  It’s very effective and makes you really listen carefully to the words.

Visits used to be on holidays and weekends

A body on a stretcher, eyes rolled back and barely sleeping

tears in your voice, I’m trying to keep you from weeping.

Because everything will be fine, as long as I say so.

And everything will go right, as long as I say so.

Halfway through the song, the voice changes from those quiet sad lyrics over to heavier and louder begging for the loved one to not die yet.

So we’ll tell him to stay young

Don’t die on me yet

Because I can’t bear to see him like this again

It’s a pretty effective and heartfelt song.  Pretty Good takes us on quite a little journey over those four songs and it’s worth checking out if you’re not a fan yet.  You will be after listening.

Once you’re a fan, make sure you also get their full length release from 2012 with this cool cover. 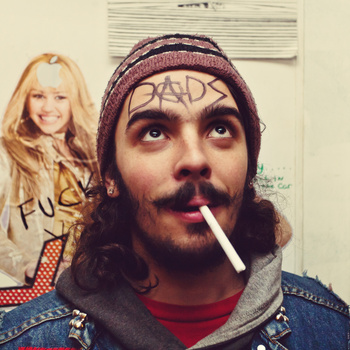 We got to see Dads live when they opened for The Front Bottoms at the Stone Pony on August 30th. 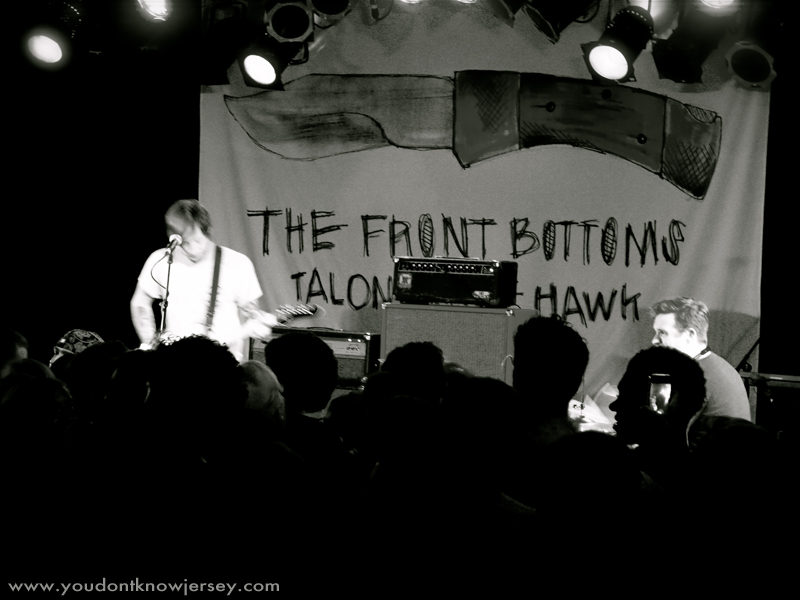 Scott Scharinger is the guitarist who shares vocals with drummer John Bradley. Scott and John have been friends for a long time and they started Dads in 2010. 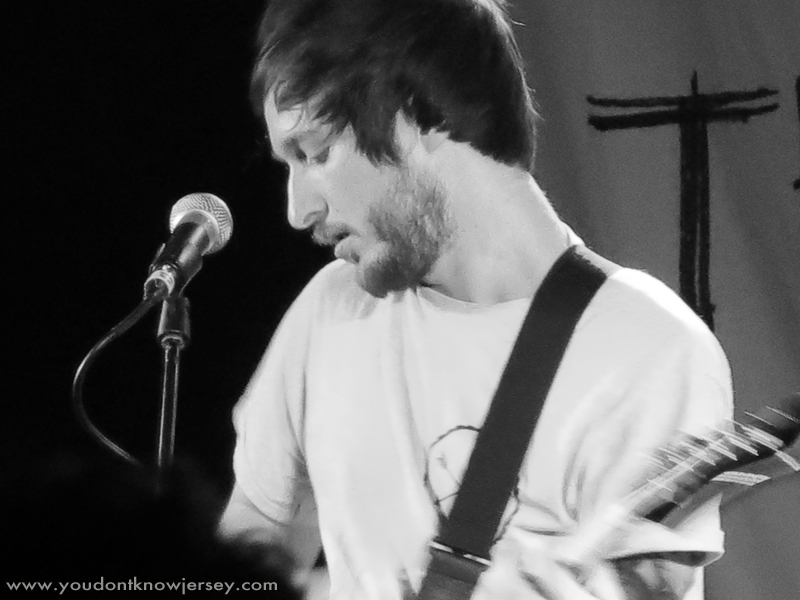 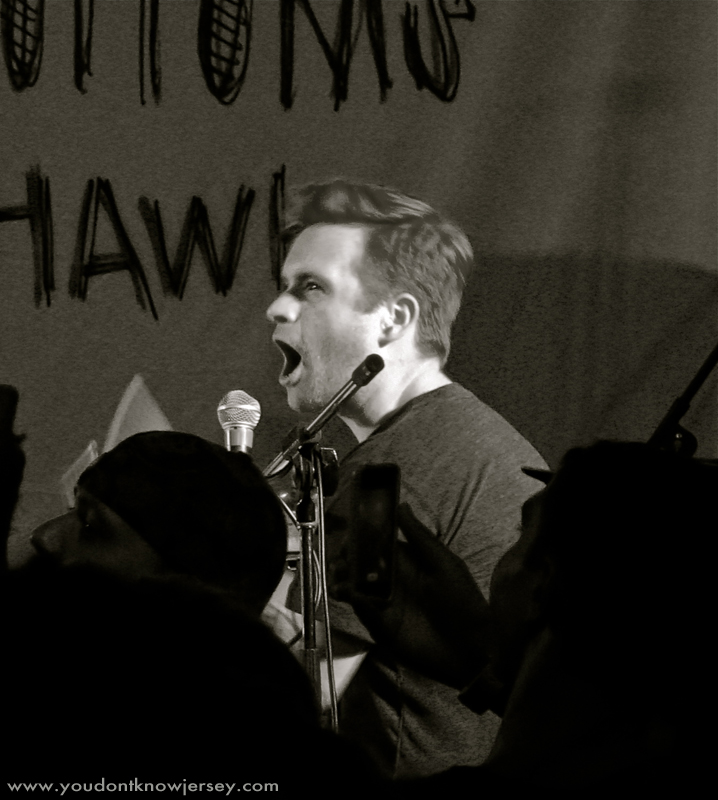 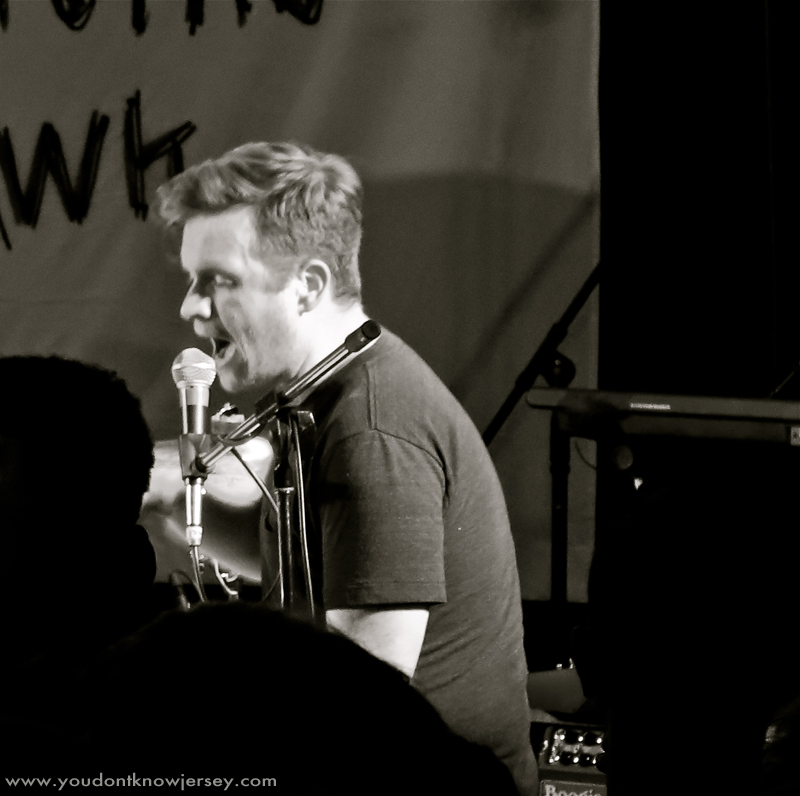 We got in touch with Dads and asked them some burning questions:

The sound on the new EP Pretty Good is a little different than your earlier work. How has the response been? So far so good, when we first released “My Crass Patch” a lot of people that thought we were boring became interested in the diversity we could provide, a handful of people were afraid we had “abandoned twinkly music” or something, but they were happy with Boat Rich. There is definitely a notice that both “My Crass Patch” and “No, We’re Not Actually” are different, but that’s what we were going for purposely. Generally people seem to be entirely into it.

Your last 3 albums have been consecutive August releases. What can we look forward to in August 2014? We were joking about this in the van the other day and joking that we have to make sure that happens if we want to stay on track. If so it’d be cool but we won’t rush/risk making a lesser than product just to keep that timetable. Honestly if we go back into it, Brush Your Teeth, Again 😉 may have even come out in August. Maybe we’ll just do a huge show August 2014 of all the songs ever. LOL.

Several currently touring New Jersey bands have 2 members. Does being a duo have a special chemistry? Haha, maybe good bass players are hard to come by in New Jersey. Being a 2 piece with your best friend is great in terms of being able to trust each other live and not worry about an awkward set or worrying what they might be doing. It also works great in terms of finding time to practice and write. Less bodies to worry about getting into one place.

We’ve read that you are both vegan. Best vegan places in New Jersey? Kaya’s Kitchen in Belmar! Watermark in Asbury Park has some great vegan options. Pop Shop in Collingswood, there is a great place I THINK is called Veggie Haven in Montclair, also of course Tatas in New Brunswick is amazing.

5 words to describe Dads? Your loyal best friend and distraction (that’s six but best friend might be one word also the “AND” doesn’t count, am i right???)

Thanks, Dads, for being cool and answering our questions.

Check them out on Facebook and Tumblr.  They have a terrific Tumblr page.