Did Breaking Bad Jump the Shark? 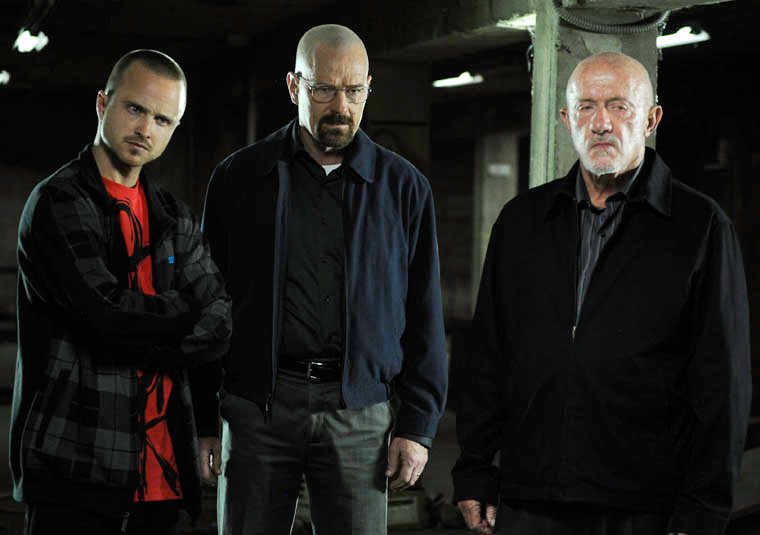 SPOILERS ahead! Do not read unless you are up to date on all of the episodes!

Many TV shows have “jumped the shark”, the Happy Days reference referring to when a show goes from being good to being bad. You may think that Breaking Bad never jumped the shark because of the high tension tone and amazing acting that it still has. The show has still been exciting and electrifying to watch. The quality of Breaking Bad has stayed at a high level as far as the acting, directing and entertainment value. The shark jumping argument that can be made rests solely on the story.

The exact moment is when Walt killed Mike. I didn’t see it coming and it was shocking but not in a good way. It was more a feeling of disappointment and the sensation of a balloon letting its air out. First I didn’t think Walt would do anything like that. Everything Walt had done up until that point had been in some way or another for his own survival, even poisoning Brock. Second, I didn’t think Mike would let his guard down for that to happen. Mike was probably the most prepared character I have ever seen on television. He had back-up plans for his back-up plans. 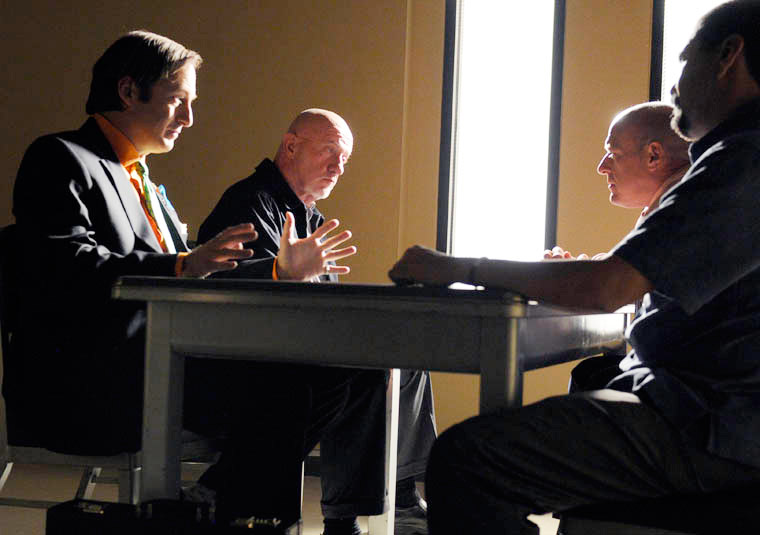 I guess the logic was that Walt’s actions were so shocking that even Mike couldn’t see it coming. Frankly that doesn’t make sense even if Mike didn’t see Walt’s growing desperation. Mike was cautious of everyone regardless and he had even recently even had to handcuff Walt to a pipe to keep him a prisoner. Why wouldn’t Mike see Walt as a threat?

As I watched Mike die and that sinking feeling came over me, I felt that the writers really didn’t know how to end the show and that this was their was of writing themselves into a corner on purpose. This plot development would lead to an inescapable conclusion of Walt’s unraveling. I knew right at that point that there would be no happy ending for Walt and the show now felt justified in killing him despite playing up his sympathetic and relatable side at times since then. 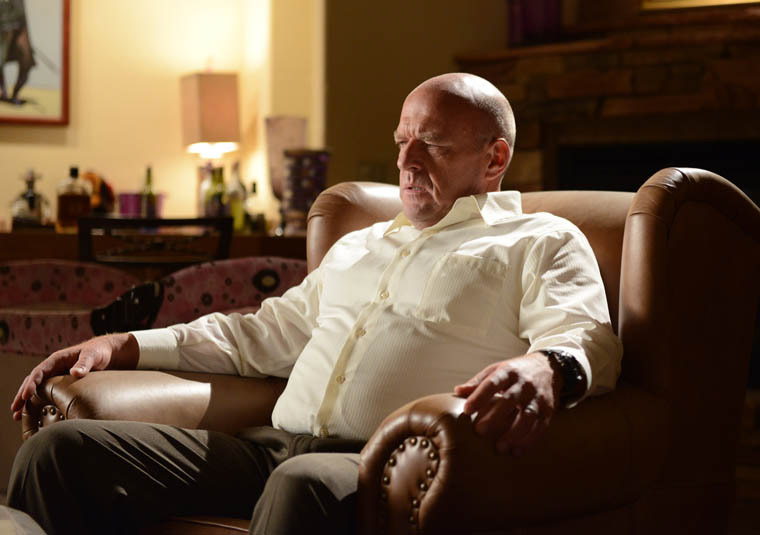 The rest of the episodes, despite having some other good story lines like Hank finding out, are really just being burned out to get to then end. It’s depressing when the protagonist of a story stops being the protagonist and the viewers need to look to another character to relate to and see the story through. It’s even more depressing when it is done in a way that is not convincing. It’s like when the movie Falling Down gives up on the protagonist status of Michael Douglas character and shifts you over to Robert Duvall. Don’t get me wrong, what they have done over the seasons with Hank’s character is nothing short of a masterpiece. He is an excellent character and he was really the last thing on the show that I cared about. Now that he is dead, all that is left is to watch Walt go through the motions of his downfall and obviously what will happen to Jesse in the end.

I guess the question of whether or not the show has jumped the shark is debatable as it hasn’t really lost its rhythm and feel. It hasn’t gotten worse as a show. In fact, it has gotten better in some respects. The ramifications of the story have seen Bryan Cranston and Aaron Paul, who have already shown that they are excellent actors in the previous 4 seasons take the intensity up to another level entirely. On top of that, each episode of Season 5 Part 2 has had at least one scene that was through the roof amazing. It’s just that when the behavior of characters that you feel you know takes a turn that doesn’t feel right it really sticks with you.

Pin It
Previous post:
The Latest Dads EP is ‘Pretty Good’ Next Post:
This Week in Veggies – What’s Fresh at Your Local Farmers Market