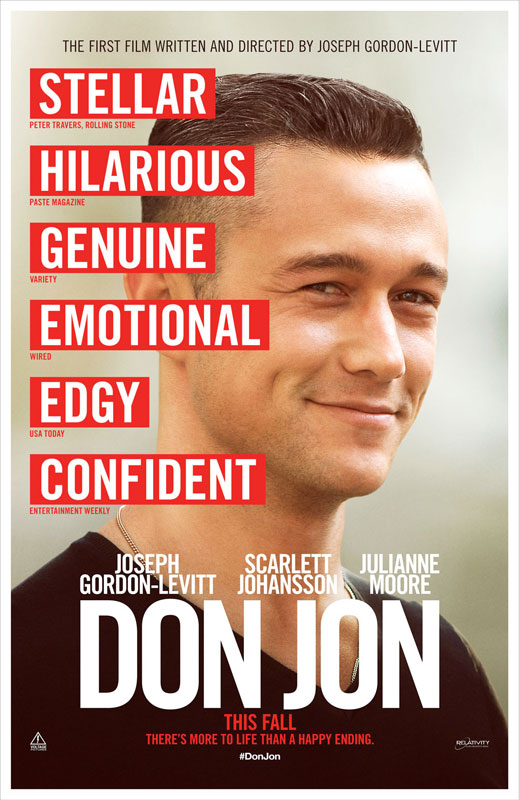 This movie is about a guy who loves porn. It is frank, honest, in your face, and doesn’t pull any punches. It is in no way shy and nothing I say can truly prepare you for how bold this film is. Taking an outrageous concept and writing it really well is always a recipe for great storytelling. This movie does that and more. It does what any great film should do. It explores its subject matter to the fullest without any limits or restrictions and it makes a point. It has well developed characters and relationships and genuine character and story arcs.

Most movies about men and women aren’t this honest, realistic or entertaining. This movie makes so many other relationship movies look like a complete waste of time. It sets a standard and style that other movies should emulate. I would definitely like to see more movies like this. With so many cookie cutter movies out there I can emphasize enough how exciting it is to see a movie that is bold and not afraid of anything. Don Jon is fresh, raw, intelligent and original. It is even more exciting to watch a movie that is like nothing you have seen before because it is like exploring uncharted territory. This movie does that and more and is one of the best movies of the year so far.

As I was watching the movie I was blown away by the sheer honesty, dialogue and energy of each scene. I kept wondering how Joseph Gordon-Levitt got this movie made. I pictured the script in my head and imagined studio executives cringing at some of the dialogue and subject matter. I guess after making plenty of critically acclaimed films and box office hits, Joseph Gordon-Levitt was able to leverage his clout as well as big name actors into getting the studio to go for it and that’s a good thing. This movie is a home run and one of the biggest surprises I have had in a long time.

Pin It
Previous post:
This Week in Veggies – What’s Fresh at Your Local Farmers Market Next Post:
Photo of the Day – Scenic Overlook