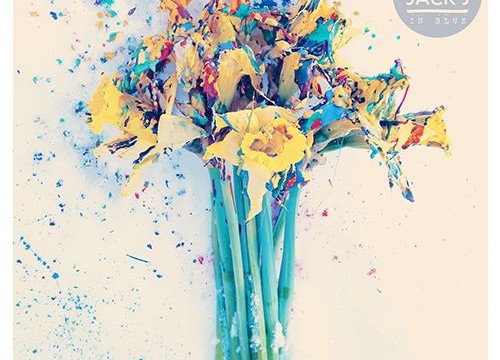 We first heard of Westfield band Static Jacks when our friends Boxed Wine posted something about them on their Facebook page. And we’re glad they did. Static Jacks describe themselves as drunken, garage party punk. That may describe their earlier work, album If You’re Young in 2011 and EP Spray Tan in 2012. But on their excellent new album In Blue, released September 30th on Old Friends Records, the band play a more mature sound while keeping the independent spirit of their previous work.

In Blue is filled with great songs. The first single, “Wallflowers”, is an awesome guitar driven track that has a Weezer feel to it. “I’ll Be Back” is super catchy with great hooks and you’ll find yourself singing along in no time. For me the standout track is “Katie Said” which really shows vocalist Ian Devaney’s range over wonderfully layered guitar work. The rest of the album continues the fun, fuzz guitar sound through to the last song, the 7 minute “Greensleves”.

In addition to Devaney, Static Jacks are guitarists Henry Kaye and Michael Sue-Poi, and drummer Nick Brennan. We can’t wait to check these guys out live and see how the energy displayed on In Blue plays in front of an audience. 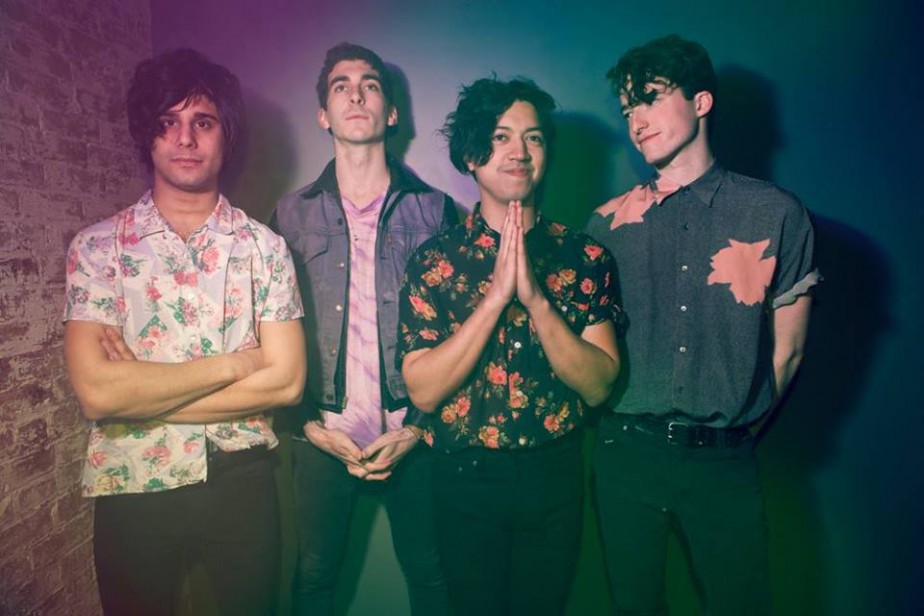 Nick answered a few questions for us;

How did you come up with the name Static Jacks?

If I were being honest I’d say that we came up with it when we were 17 and never changed it because people started to know us. If I was being dishonest I’d say that one of our sisters was upset because we were practicing too loud while she was applying for part time jobs, attempted to pull the plug on rehearsal, was electrocuted, and it took a year for her hair to grow back. We all smiled to each other, smiled and in unison said, “static jacks”. It depends who you ask.

The band has been labeled indie, garage, alternative, punk. How would you describe your music?

I think that we play rock music with an unlimited amount of influences. We started writing music together when we were 16, we’re in our early 20’s now and are constantly picking up and putting down different sounds and songwriting styles. Right now I can’t stop listening to the new Arcade Fire stuff so don’t be surprised if our next record is Caribbean dance music. We were angry in the beginning so our first record reflected that. This record has just been a natural progression.

You recently released your awesome new album, In Blue. How has the initial reception been from the fans?

It’s really hard to even process the thought that we have fans at all. We grew up in a small NJ town, loved music and decided to take a swing at writing our own. Every time we go see a band we grew up with whether it’s the Strokes at the Garden, a secret Arcade Fire show in Brooklyn, or an Arctic Monkeys concert in Philly, we are just such fans. I can’t even comprehend that anyone feels that way about us. Not to compare to those bands who are legendary. Having said that, the reception from our fans has been amazing and we are gracious for every single listener.

In Blue has a different sound from your previous work. Are you always developing and experimenting?

I feel like we’re still just learning how to write songs. I have to imagine that on the next record we’ll look at each other and say “Oh that’s how you do it”. That’s certainly what we did this time. We are constantly finding our strengths and weaknesses, tweaking our songwriting. Sometimes it feels like a band is just fully developed when they start….we are not that band.

Your video for Wallflowers seems a homage to Weird Science. How did you come up with the idea and was the video fun to shoot?

We came up with the video just reminiscing about all the cultural aspects of our childhood and beyond. We came up with that whole idea having grown up in the 90s’. We put that lens on “Weird Science” and Zak Stoltz just had such a clear vision for how to make it a reality. We really had the time of our lives on that shoot, we got our friends and a bunch of pretty girls who thought we were stupid to film a music video. What could be better?

Do you like living and performing in New Jersey?

I would say that we use to love performing in New Jersey when Maxwells existed. There’s not a ton of spots in Jersey anymore. Our lives have been shaped by Jersey, and a lot of our music has as well but many of our “hometown” shows are in New York. We are certainly sons of NJ, but we never quite fit into the music scene here…or at least, we were late for it.

In Blue available on Amazon and iTunes.

You can check out Static Jacks Facebook page here.

Make sure you vote for their Weird Science inspired video for “Wallflowers” here to help them get on the rotation at mtvU.