When we heard that we’d be able to see a rocket launch from Virginia in the skies above New Jersey Tuesday night we quickly drove out to Liberty State Park in Jersey City and got the camera ready. It was a clear and cold night. Perfect weather for a launch! Obviously there were a lot of lights in the sky given the proximity to Newark Airport. However we had a pretty good idea where to keep our eyes peeled. We arrived just at the original launch time of 7:30 PM but it was pushed to 8:15 PM. We captured the launch in the video above. It is a little shaky but it isn’t easy trying to follow a small dot in the big sky!

Here’s what the rocket looked like several days ago: 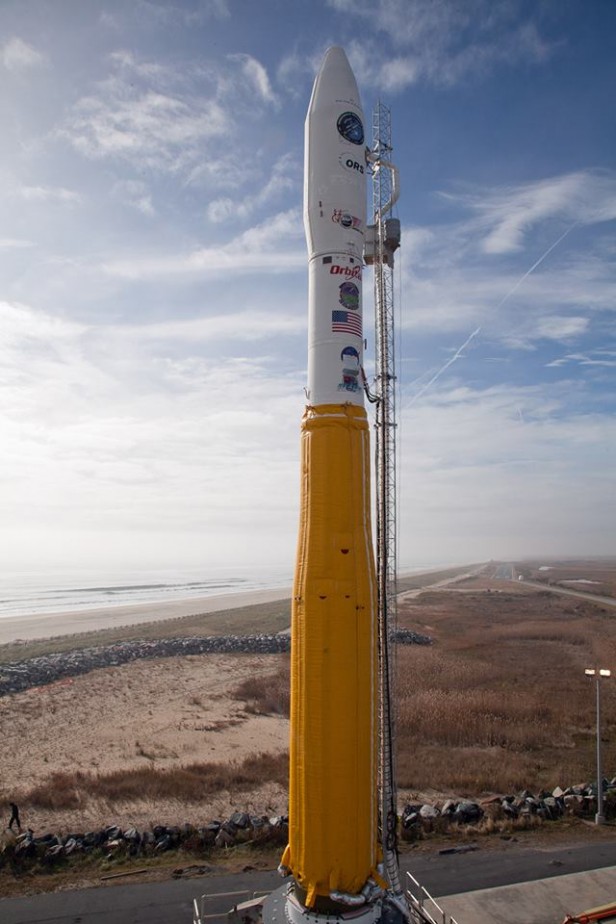 Minotaur is part of the ORS-3 Mission, also known as an enabler mission, and will demonstrate and validate launch and range improvements for NASA and the military. These include automated trajectory targeting, range-safety planning and flight termination systems. The launch also will be part of the Federal Aviation Administration’s (FAA) certification process for the Minotaur rocket. The FAA has licensing authority over American commercial rockets.

Spotting the rocket in the sky was actually pretty amazing. It was worth braving the cold winds coming off the Hudson on this windy night.