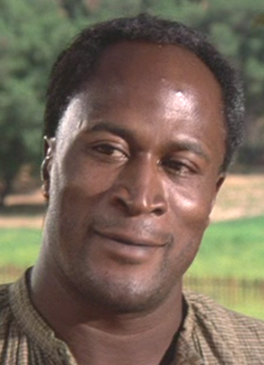 John Amos, Jr., was born in Newark, the son of Annabelle P. and John A. Amos, Sr., who was an auto mechanic. He graduated from East Orange High School in 1958.

Amos is perhaps best known for playing characters Gordy Howard (the weatherman on The Mary Tyler Moore Show) from 1970 until 1973 and James Evans, Sr. the husband of Florida Evans appearing three times on the sitcom Maude before continuing the role in 61 episodes of Good Times from 1974 to 1976.