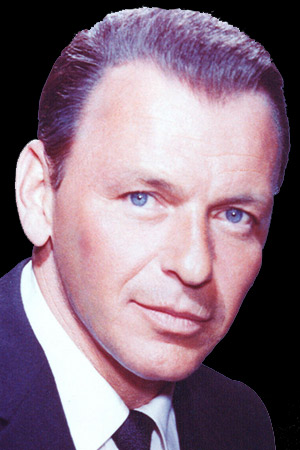 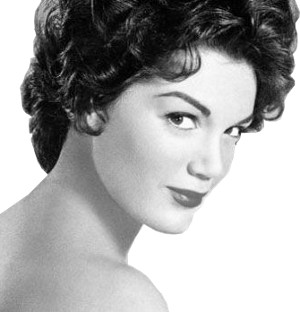 Frank Sinatra and Connie Francis were born on the same day 23 years apart but they remain together as a part of NJ music history forever.

Frank Sinatra was born in 1915, in Hoboken to Natalie Della Garaventa and Antonino Martino Sinatra. Sinatra’s father served with the Hoboken Fire Department and his mother, known as Dolly, was influential in the neighborhood and in local Democratic Party circles, but also ran an illegal abortion business from her home; she was arrested several times and convicted twice for this offense. As a young man, Frank worked as a delivery boy at the Jersey Observer newspaper, and later as a riveter at the Tietjan and Lang shipyard, but music was Sinatra’s main interest. He began singing for tips at the age of eight, standing on top of the bar at a local nightclub in Hoboken. Sinatra began singing professionally as a teenager in the 1930s, although he learned music by ear and never learned how to read music.

Sinatra got his first break in 1935 when his mother persuaded a local singing group, The Three Flashes, to let him join. With Sinatra, the group became known as the Hoboken Four, and they sufficiently impressed Edward Bowes. After appearing on his show, Major Bowes Amateur Hour, they attracted 40,000 votes and won the first prize – a six month contract to perform on stage and radio across the United States.

Sinatra left the Hoboken Four and returned home in late 1935. His mother secured him a job as a singing waiter and MC at the Rustic Cabin in Englewood Cliffs, New Jersey, for which he was paid $15 a week.

On March 18, 1939, Sinatra made a demo recording of a song called “Our Love,” with the Frank Mane band. The record has “Frank Sinatra” signed on the front. The bandleader kept the original record in a safe for nearly 60 years. Harry James hired Sinatra on a one year contract of $75 a week. It was with the James band that Sinatra released his first commercial record “From the Bottom of My Heart” in July, 1939.

Fewer than 8,000 copies of “From the Bottom of My Heart” were sold, making the record a very rare find that is sought after by record collectors worldwide. Sinatra released ten commercial tracks with James through 1939, including “All or Nothing At All” which had weak sales on its initial release but then sold millions of copies when re-released by Columbia at the height of Sinatra’s popularity a few years later.

In November 1939, in a meeting at the Palmer House in Chicago, Sinatra was asked by bandleader Tommy Dorsey to join his band as a replacement for Jack Leonard, who had recently left to launch a solo career. This meeting was a turning point in Sinatra’s career. By signing with Dorsey’s band, one of the hottest at the time, he greatly increased his visibility with the American public. Though Sinatra was still under contract with James, James recognized the opportunity Dorsey offered and graciously released Sinatra from his contract.

On January 26, 1940, Sinatra made his first public appearance with the Dorsey band at the Coronado Theater in Rockford, Illinois. In his first year with Dorsey, Sinatra released more than forty songs, with “I’ll Never Smile Again” topping the charts for twelve weeks beginning in mid-July.

Francis attended Newark Arts High School in 1951 and 1952. She and her family moved to Belleville, New Jersey, where she graduated Salutatorian from Belleville High School Class of 1955.

During this time, Francis continued to perform at neighborhood festivities and talent shows (some of which were broadcasted on television), appearing alternately as Concetta Franconero and Connie Franconero. Under the latter name she also appeared on NBC’s variety show “Startime Kids” between 1953 and 1955.

During the rehearsals for her appearance on “Arthur Godfrey’s Talent Scouts,” Francis was advised by Arthur Godfrey himself to change her stage name to Connie Francis for the sake of an easier pronunciation. Godfrey also told her to drop the accordion – advice she gladly followed, for she had begun to hate the large and heavy instrument. Around the same time, Francis took a job as a singer for Demonstration Records. These records were brought to the attention of established singers and/or their management who would subsequently chose or decline to record the song for a professional commercial record.

In 1955, the “Startime Kids” went off air. In May that same year, George Franconero, Sr. and Francis’ manager George Scheck brought up the cash for a recording session of four songs which they would try to sell to a major record label as Francis’ own act. The story goes that every record label she had tried had turned her down, mainly because owing to her job as a demo singer, Francis merely sounded like a copy of other singers of the day like Kitty Kallen or Kay Starr but had not yet developed a distinctive sound of her own.

Finally, even when MGM Records decided to sign a contract with her, it was basically because one track she had recorded, “Freddy,” happened to be the name of the son of a company executive, Harry A. Myerson, who thought of this song as a nice birthday gift. Hence, “Freddy” was released as Francis’ first single, which would turn out as a commercial failure just as her following eight solo singles.

Despite these failures, Francis was hired to recorded the vocals for Tuesday Weld “singing” scenes in the 1956 movie “Rock, Rock, Rock,” and for Freda Holloway in the 1957 Warner Brothers rock and roll movie “Jamboree.”

In the fall of 1957, Francis enjoyed her first chart success with a duet single she had recorded with Marvin Rainwater: “The Majesty of Love,” which peaked at # 93 on Billboard’s Hot 100.

But her minor chart success came too late – Francis’ recording contract consisted of ten solo singles and one duet single. Even though success finally had seemed to come with “The Majesty of Love,” Francis was informed by MGM Records that her contract would be discontinued after her last solo single.

Francis considered a career in medicine and was about to accept a four-year scholarship offered at New York University. At what was to have been her final recording session for MGM on October 2, 1957, she recorded a cover version of the 1923 song “Who’s Sorry Now?” written by Bert Kalmar and Harry Ruby.

Pin It
Previous post:
Things to do in Jersey – December 13 14 15 2013 Next Post:
The Asbury Music Awards Showcase The Best In Local Music – Wrap Up and Photos