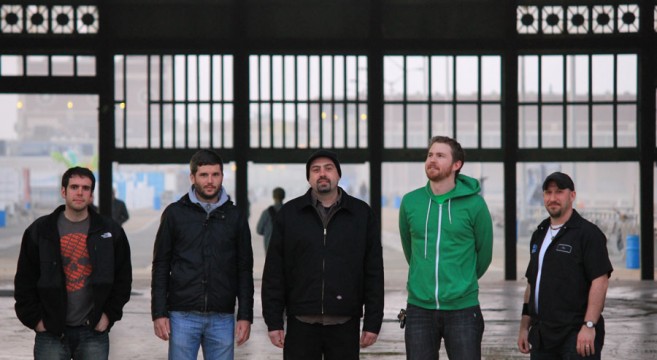 When most people picture a rock band they imagine the typical guitars, bass, drums and, of course, a lead singer. Asbury Park band Chemtrail decided to pursue a different path. They have no lead singer. In fact they have no vocals at all. Though this may raise some eyebrows, once you listen to the intricate melodies and layered guitars you’ll realize that it all makes sense.

Formed in 2006 the instrumental band relies on the power of their sound to create emotion.  The term “chemtrails” refers to the conspiracy theory that the trails left by airplanes are not harmless vapor but actual chemical trails. The name fits the music. A mix of rock, punk and metal, they blend all of these genres into a sonic landscape that takes the listener on a journey. The tempos change from straight ahead rock to sparser passages using just one guitar or piano and then back. And that is just all in one song. 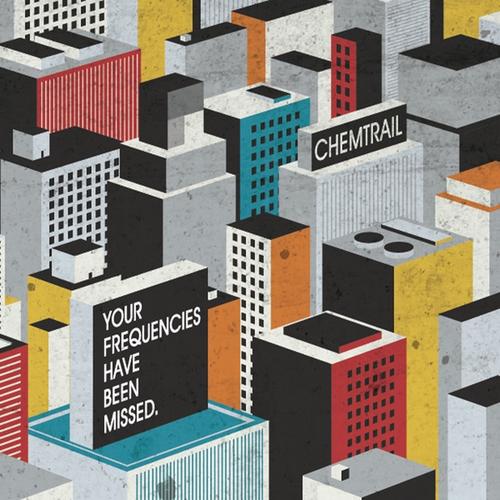 Their latest release Your Frequencies Have Been Missed is an amazing album that showcases the band in top, tight-knit form . It is available on iTunes.

Chemtrail will be playing Asbury Lanes in Asbury Park on Saturday February 1st with The Barbaroi, Ether Sunday, and Those Modern Cavemen.

Guitarist Mike Burke answered some questions for us below.

How did you guys get together and where did the name Chemtrail come from?

Dan Ridenour and I have known each other since about 1st grade. We hung out on and off our whole lives and had jammed together here and there. We reconnected in 2005 after not seeing each other for a few years and started playing together again and we started recording some demos that eventually became Chemtrail songs. We were inspired by what we were doing so we started trying to recruit some more members. We knew the format we were after (5 guys, 2 guitarists, 1 guitarist/keyboardist a bass player and a drummer) so we began the hunt. Dan was recording a demo for another band at the time that contained Chris Camano, our guitar player. Dan was impressed with his playing so he asked him to join us so that is how we found him. Our bass player of 7 years, J. Maggio and our first drummer we found by putting out a Craigslist ad. J. has recently left the band and has been replaced by our longtime friend Cory George just this past year. Our original drummer that we found on Craigslist only lasted a short while before he quit and that is when I asked our current drummer Chris Lukens if he would be interested in joining the band and he’s been with us ever since. That is the story of how we got together in a nutshell.

The name Chemtrail comes from a conspiracy theory which is that some of the trails in the sky that you see that are left behind by airplanes are actually chemical trails (chemtrails) designed for some nefarious purpose. Dan is really into the conspiracy theory thing but the rest of us just thought it just sounded cool. We get a lot of conspiracy stuff posted on our Facebook page and whatnot. I guess that’s what we get for picking that name. Haha.

How does the songwriting process work? Do you come up with a musical idea and develop it from there?

It used to be that we would each bring riffs in that we came up with at home and we would build songs off of them when we got together at practice. Lately it seems to be happening much more organically and on the spot. We will just be fooling around at practice and all of the sudden cool things start happening and a song is born. That seems to be the trend these days. We don’t put too much forethought into it. We just go with whatever comes naturally.

Your music reflects many influences but it blends together so well. Does the recording process usually go smoothly?

Yes, it usually goes pretty smooth mainly because we are very prepared when we go to the studio. All of our parts are written and established before we go in and we flush out the tempos of all the songs and practice to a metronome. Basically we just roll in and tell the engineer where the tempo changes are and away we go.

Do people say “you should get a vocalist” a lot?

YES! haha. Those people just don’t get what we are doing I guess. I suppose some people are just so used to the fact that most rock bands have a singer out in front so they think its weird. Most people understand and don’t question it though. There are plenty of melody lines in our songs that take the place of what the vocalist would be doing. That’s why we have 3 guitar players. Essentially, one of the guitars is usually playing a melody line that would otherwise be a vocal melody. We get a lot of singers that want to join the band too. We get a lot of things like “My voice would fit perfect with your music. Do you guys want to try it out?” and stuff like that. Before we even started the band, Dan and I planned on it being strictly instrumental. We never even entertained the idea of a singer from day 1.

Is it tougher to get gigs as an instrumental band?

Not at the kind of places we play, no. I mean, we don’t play in bars and stuff like that and do covers or anything. Only original music clubs/venues and most of those places understand and embrace creativity and people doing things out of the ordinary.

You’re playing Asbury Lanes soon. Must be great playing in front of the hometown fans?

Yes! We always love playing at the Asbury Lanes. It’s one of our all time favorite places to play without a doubt. Its a great environment and we love to be there with people we know and respect and everyone always has a great time. It is truly a gem of a venue in NJ.