The Light of Day Foundation is a NJ non-profit which raises money to fund research for Parkinson’s disease and related illnesses. Since 2000, the organization has been holding a series of benefit concerts and have raised over $2 million. Since the beginning in Asbury Park, the concert series has grown into thirty-five shows in twelve countries throughout the U.S., Canada and Europe. 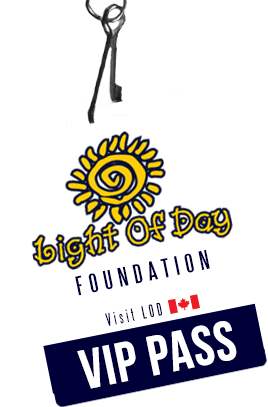 It all began as a birthday party in November 1998 for artist manager and music industry veteran Bob Benjamin. Benjamin had recently been diagnosed with Parkinson’s disease, a degenerative disorder of the central nervous system, and in lieu of gifts, asked that donations be made to the Parkinson’s Disease Foundation. Over $2,000 was raised that night. Spurred by the generosity and support, Benjamin reached out to friends, including concert promoter Tony Pallagrosi and musician Joe D’Urso, and formed the Light of Day charity, taking its name from a Bruce Springsteen song.

The first official Light of Day concert was held at Asbury Park, NJ’s legendary Stone Pony in November 2000 and primarily featured local, unsigned artists. The critically acclaimed Pittsburgh-based band Joe Grushecky and the Houserockers (managed by Benjamin) headlined the show, which featured a surprise appearance by local hero Bruce Springsteen, who joined the Houserockers for a raucous hour-long set.

Over the years Light of Day has grown from a one-day event into a five-day festival in the New Jersey/New York metropolitan area. More significantly, Light of Day has expanded into an internationally recognized tour, through a true grassroots effort of musicians, music fans and benefactors. Light of Day shows take place around the world, including six shows in Canada and a two week December trek through Europe, with stops in England, Wales, Ireland, Sweden, Norway, Denmark, Italy, Switzerland, Germany, Spain and more. Portions of the proceeds from each show are donated to a local Parkinson’s organization.

Here’s a rundown of all the events this weekend in Asbury Park: