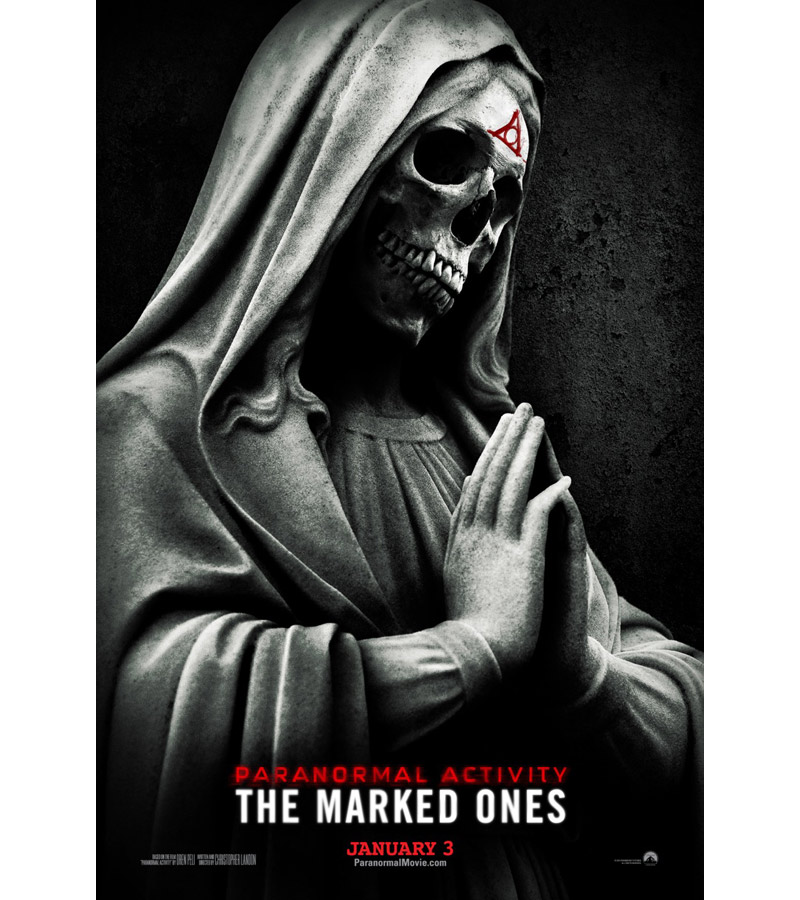 Paranormal Activity : The Marked Ones is the 5th in this home set horror series based on the Blair Witch project style of filming. The first 4 movies were set in suburban areas and centered around various relatives of a family. All the characters were connected in some way. This new installment breathes some fresh air into the franchise by moving to an urban setting and features a cast of brand new characters that aren’t related in any way to the previous ones. However, the film has solid connections to the previous movies as you will see. For those who are familiar with Paranormal Activity storyline, there are objects and characters that are back to show just how this new episode ties in.

This is probably the weakest movie in the series but that doesn’t mean that it’s bad. The filmed-by-the-characters style works here just as in the other movies and it has the effect of making you live the movie. You experience the movie from their perspective and as it goes on it becomes more terrifying. As in the other Paranormal films, I found myself on the edge of my seat and experiencing that creepy and desperate feeling you get when you know that the characters are doomed.

Since the film features spanish high school kids as the leads, the target demographic for this movie is fairly obvious. All horror franchises fizzle out over time and this is a clever and inspired tactic to keep the films fresh. If the setting is changed in each movie from now on to mix it up, it will be something new and different for the hardcore fans of the early installments while at the same time attracting new viewers to check it out. It would be nice to see the producers experiment with different environments and characters in the future. It will be fun and entertaining to watch as opposed to most sequels that eventually just run themselves into the ground repeating the same tired material over and over.