Felicia Zhang is a pairs figure skater from Plainsboro. She skates with Nate Bartholomay, who is originally from Newtown, Pennsylvania. 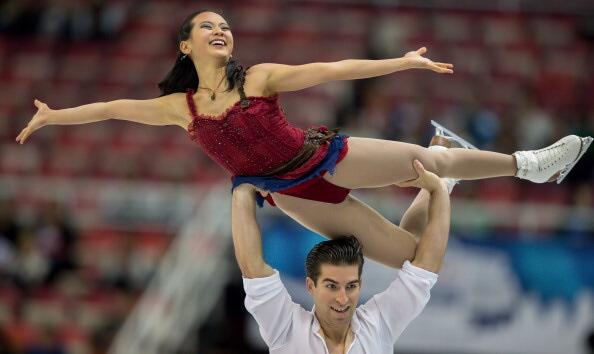 Felicia and Nate began skating together in partnership in May 2011. They placed second in this year’s Nationals and will skate in Sochi for Team USA. When Felicia’s not skating, she likes to read, swim and spend time outdoors. She goes to the University of South Florida in St. Petersburg now and trains there with Nate.

They skate to “Carousel Waltz” by Rodgers and Hammerstein for their short program and music from Les Miserables by Claude-Michel Schonberg for their freeskate program.  They’ve indicated that they won’t be changing their programs for the Olympics so if you’ve seen them skate at Nationals then you’ve seen their programs. Their costumes are designed by Dawn Imperatore and James Peterson.
Follow Felicia and Nate on Twitter: @felicia_zhang and @NateBartholomay
Good luck, Felicia and Nate!