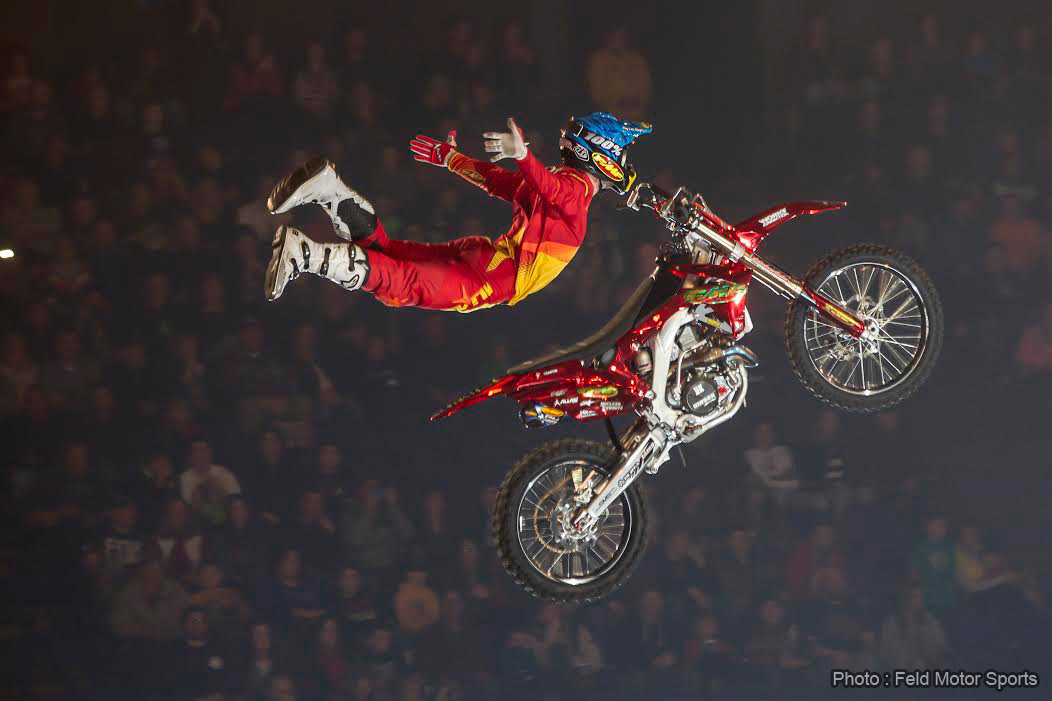 They’re back and here is your chance to win a 4-pack of tickets to see the show along with 3 of your friends or family!

Nuclear Cowboyz®, the only high octane-fueled freestyle motocross touring production in North America, is returning to IZOD Center in East Rutherford, N.J. on March 1st & 2nd 2014 and we are giving away 2 FREE Family 4-pack of tickets to the Saturday, March 1st show!

For your chance to win a Family 4-pack, tale a look at a video preview of the new show here. Then send us a comment on what you are looking forward to seeing at the show to contests@youdontknowjersey.com by Wednesday, February 26th at 12 noon. State your name in the e-mail and we will notify the winner by Thursday, February 27th.

The tickets are free but there is still a fee for parking to see the event. This contest does not cover the cost of parking. You can check the IZOD Center website for parking rates.

More info on the show:

The new storyline is conveyed through more than 1,000 gravity-defying freestyle stunts by the globe’s most dominant freestyle athletes, including performing over 200 flips on 10 ramps. The action-packed show is complete with mind-bending performances by world-famous Shaolin Kung Fu Warriors, stunning laser effects, the largest indoor pyrotechnics show and an infectious soundtrack comprised of heavy metal, electronic dubstep and alternative hip hop.

Nuclear Cowboyz®, the world’s most explosive choreographed arena-based freestyle motocross (FMX) touring production is coming to IZOD Center on Saturday, March 1 and Sunday, March 2 for the third consecutive year in the New York metro area. The highly acclaimed 2014 Nuclear Cowboyz® FMX show features the saga of an allied tribe, the Nuclear Cowboyz, whose sole commitment is to defeat an indestructible evil tyrant and her army in this action-infused freestyle performance of pure danger and raw combat.

Adding to the action, the show features the critically-acclaimed Shaolin Kung Fu Warriors defying their limits of courage through heart-wrenching martial arts performances with swift movements, extreme force and fierce concentration that test the sheer strength and agility of their bodies. These warriors will use their own bodies to bend metal rods, break objects in precise strikes and be lifted in the air on the points of handheld spears.

Tickets are available now at www.ticketmaster.com or by calling 800/745-3000. Tickets may also be purchased at Ticketmaster Retail Locations or by purchasing them at the arena’s box office.  All seats are reserved.  Tickets start at $15 for kids.  For Group Sales (15 tickets or more), please call 201-460-4370.