We’re just one day away from Spring!  And, Spring means baseball to us. MLB Opening Day is on March 30th.  Who’s ready? 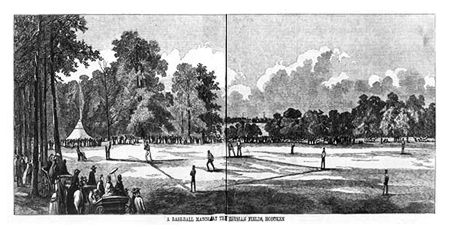 The first organized baseball game was played in Hoboken on June 19, 1846.