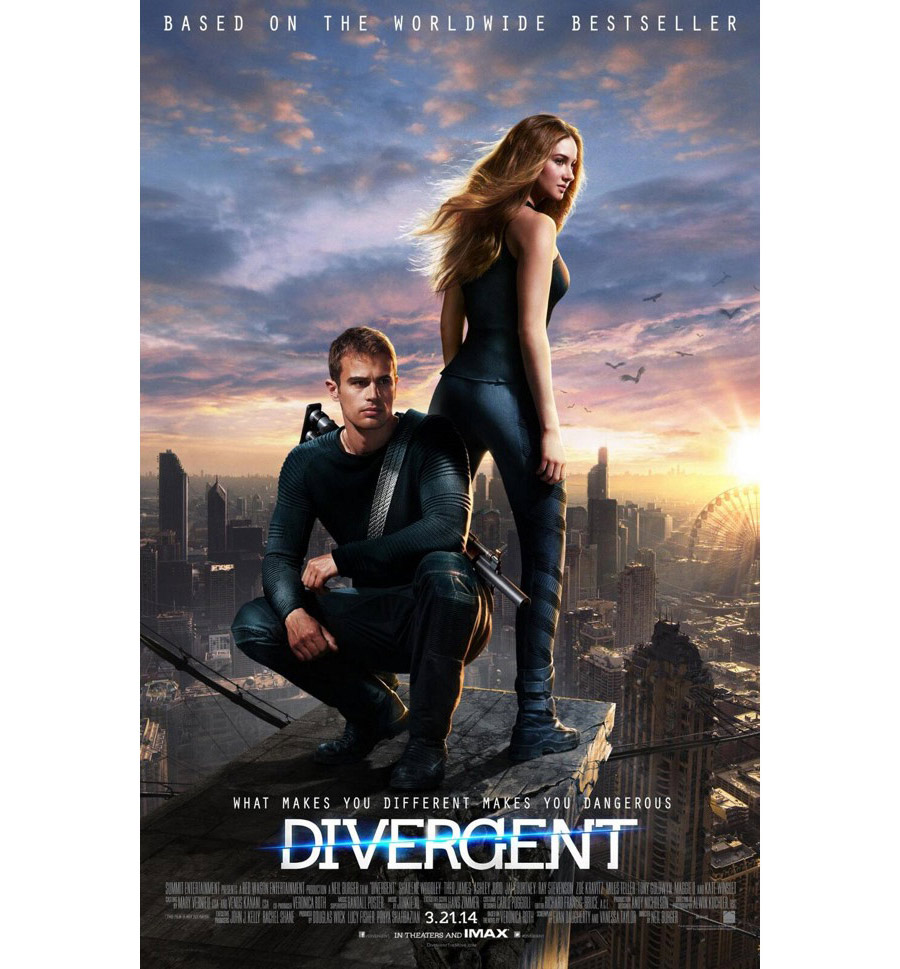 After hearing Divergent referred to as the next Hunger Games as well as comparisons to the Twilight movies, I really wasn’t sure what to expect. What I got was a unique film that has some similarities to The Hunger Games in genre and very little like Twilight.

I think that the Hunger Games movies are very good in a lot of ways. Acting, directing, special effects, action scenes, wit, humor, and the overall subject matter and theme. However I was always hoping for a more thorough explanation of their society, how it got that way and exactly what is going on from the point of view of the public. These elements seemed lacking in both screen time and the depth of the description of the social structure. I was always disappointed in that regard.

Divergent, on the other hand, cares infinitely more about explaining these things to you and as a result makes the Hunger Games feel superficial by comparison. While the Hunger Games glosses over both the emotional and technical details of living in its futuristic society, Divergent delivers it in spades and never forgets the reality of the world it is portraying or the philosophical undertones and analogies. Sure, the Hunger Games has some serious and well executed satire as well as description of an corrupt and oppressive society but Divergent’s is more complex and more interesting.

Despite this, Divergent still manages to deliver plenty of action, special effects and excitement. Shailene Woodley, from The Descendants with George Clooney and television is excellent in the lead role of Tris bringing the audience into her shoes. Theo James as Four seems to effortlessly bring the combination of tough but naturally accessible and open on closer look. Jai Courtney, who played the son in the train wreck that was the last Die Hard movie is spectacular here as Eric, the ‘bad’ drill seargent. And Kate Winslet is extremely effective as the intelligent and organized villain with a sinister creepiness beneath the surface.

All in all, this movie has its own identity and never lets you forget it has a brain as well.

Pin It
Previous post:
New Thunderdog and Rookie the New Bat Dog – Trenton Thunder’s Luring Us Back This Year Next Post:
Signs of New Jersey