Ridgewood Official Stole $460,000 in Quarters–Must Have Had BIG Pockets!

Wednesday brought news that a former Ridgewood inspector had gained access to the town’s coin-storage room where all the quarters from the town’s parking meters were stored before being deposited into town coffers. Over the course of 25 months, he managed to steal $460,000.  OK, over more than two years you’d think that wasn’t all that crazy.  But, realize that that’s in QUARTERS! 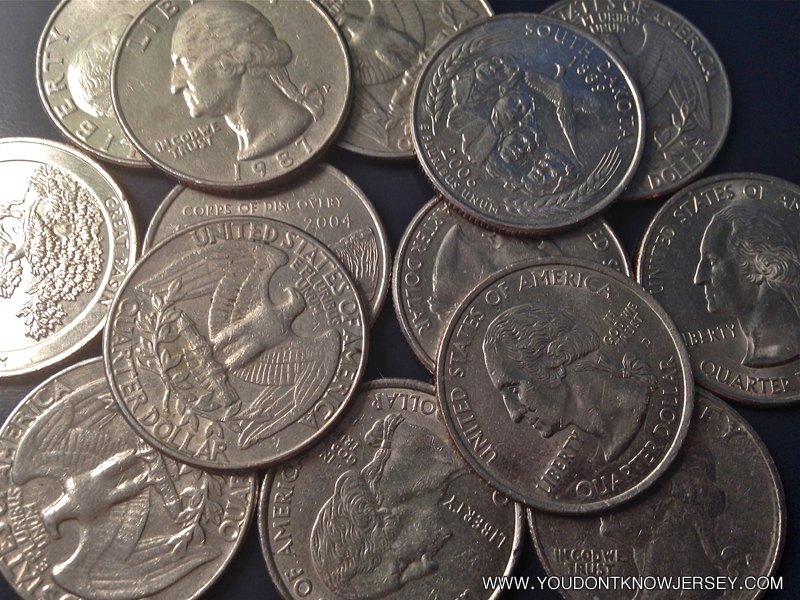 Normally, we wouldn’t cover this kind of crime story but The Wire got some numbers together in an article and they astounded me. $460,000 is 1,800,000 quarters.  They continue to break it down.

He was originally arrested in January 2013 for illegally pocketing over $500 and then depositing that money in his personal bank account. Upon further investigation, police found that Rica had been lifting money for a total of 25 months.

According to TimeAndDate.com, which calculates the number of workdays within a specific time period, there were 522 workdays between January 10, 2013 — Rica’s day of arrest — and December 10, 2010, 25 months prior. That’s the period during which he admitted to taking those 1.8 million quarters. Thus, 1.8 million divided by 522 comes out to about 3400 quarters taken per day, or about $850 every day at work.

[W]ith every quarter weighing .0125 pounds, Rica would need some huge pants pockets to take home those extra 43 pounds every day.

It seems more likely that Rica had some help carrying the coins from a bag, or he made multiple trips per day. We’ll just have to imagine it was a burlap bag with a mischievous “$” sign on the front.

Ex-Ridgewood inspector admits to stealing $460,000 in quarters from village

Breaking Down How a New Jersey Official Stole $460,000 in Quarters – The Wire.