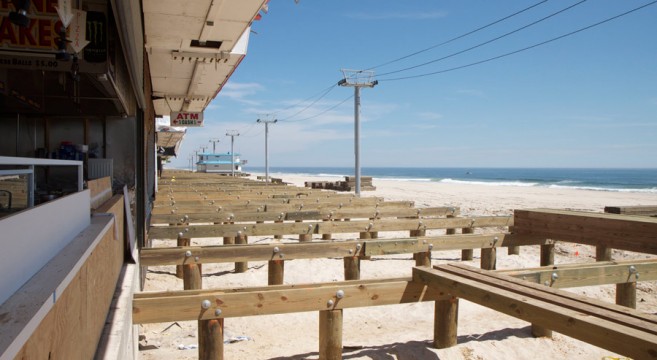 Hearing the news that Seaside Park and Seaside Heights were besieged by another disaster last September (this time in the form of a wide-swept fire) was heart-breaking to everyone who worried over them after Sandy hit them so hard the year before.  The two towns announced on Wednesday that they’re planning another marathon rebuilding effort to be ready for Memorial Day 2014. Who was worried???

This time around, they are planning on using private funding rather than waiting for insurance money to arrive which they feel will make it all happen faster.

Seaside Park was hardest hit by the fire and is worried about tourists abandoning their side of the boardwalk due to the lack of stores and amusements.  So, they’re planning an August that’s going to be filled with pretty cool events.  From August 1 to 15, there will be a carnival all along the area where the Funtown Pier was. Drive-in movies are planned on the marina lawn and concerts on the beach.  They’re also planning a craft beer festival in July.  Along Ocean Avenue, an artist is going to make a giant sand sculpture of the boardwalk past, present and future.

We can’t wait to see what else Seaside Heights and Seaside Park have in store for the summer patrons.  We hope you’re excited, too!