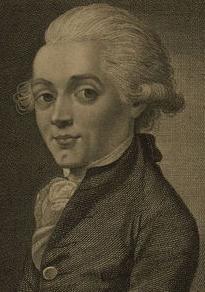 The first balloon flight in America was made by Jean-Pierre Blanchard. On January 9, 1793, he launched from the prison yard of Walnut Street Jail in Philadelphia and landed the balloon in Deptford carrying a letter from George Washington. President George Washington and future presidents John Adams, Thomas Jefferson, James Madison, and James Monroe were all present for the flight.

Blanchard left the United States soon after the flight in 1797. He married Marie Madeleine-Sophie Armant in 1804. On February 20, 1808, Blanchard had a heart attack while in his balloon at the Hague. He fell from his balloon and died roughly a year later (March 7, 1809) from his severe injuries. His widow continued to support herself with ballooning demonstrations until it also killed her.