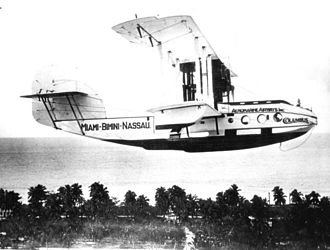 The first airmail (to Chicago) was started from Keyport, NJ. Keyport was home to the Aeromarine Plane and Motor Company which operated from 1914 to 1930 and built seaplanes for the United States Navy during World War I. Its planes were mostly military seaplanes and flying boats, including aircraft that offered some of the first scheduled air service using seaplanes.

In 1928, the firm renamed itself Aeromarine-Klemm Corporation and began producing mostly Klemm aircraft designs, until the Great Depression forced its closure in 1930. The firm also built aero engines. After Aeromarine itself went out of business, the production of Aeromarine engines was continued by the Uppercu-Burnelli Corporation.

Pin It
Previous post:
Things to do in Jersey – May 2 3 4 2014 Next Post:
National Burger Month – Steve’s Burgers Challenge