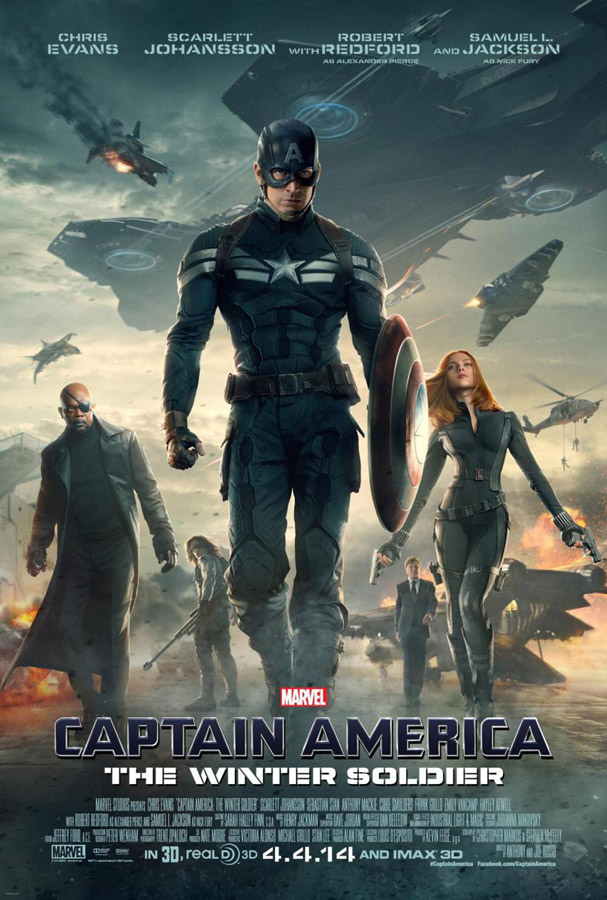 Captain America : The Winter Soldier has more in common with a Jack Ryan movie like Patriot Games than super hero movies like Spider-Man or Superman and that us a very good thing. Marvel comics is bringing so many characters to the big screen now that they really need to each have their own identity so they don’t get lost in the shuffle or simply feel like weaker versions of more established characters.

Captain America is one of the most difficult characters to bring to the movies. The first film was faithful to the 1940’s comic playing like a World War II period piece but with some comic book elements thrown in. I really didn’t know what to expect from this sequel. What wee get is a political espionage thriller. This bold move makes for a unique superhero film, very different in style from what you may expect.

As I was watching Winter Soldier, I found myself wondering “Is that Robert Redford?” and yes, it was. Another accomplishment is that Marvel movies now attract top talent who decades ago may have seen comic book movies as a dangerous and silly genre to avoid. We are also reunited with familiar faces in the form of Nick Fury (Samuel L. Jackson) and the Black Widow (Scarlett Johansson). The Marvel movies really seem like a family now, with an interconnected set of story lines.

The always great Anthony Mackie joins the cast as Captain America’s partner, The Falcon. It’s an important character that I was very glad to see one of my favorite actors portray. That brings us to Chris Evans who is given the difficult task of playing an old fashioned hero from the 40s dropped into the present day. He doesn’t get to be witty and sarcastic like Tony Stark, he doesn’t have a split personality like the Hulk, he has no gimmicks at all to make his character hip or interesting. Evans has to play the role straight as an arrow like an honest to goodness boy scout from yesteryear lost in todays world and he does a great job. He resists any temptations to bring false notes and stays true to Steve Rogers at all times.

All in all, this character is one of the more difficult ones for Marvel to pull off and they have done an admirable job. Entertaining, thought provoking and socially relevant, Captain America : The Winter Soldier delivers.