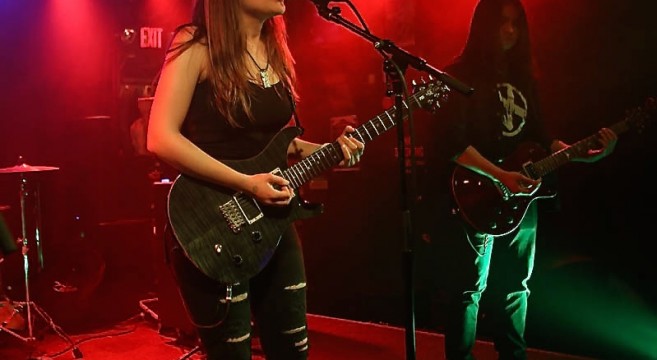 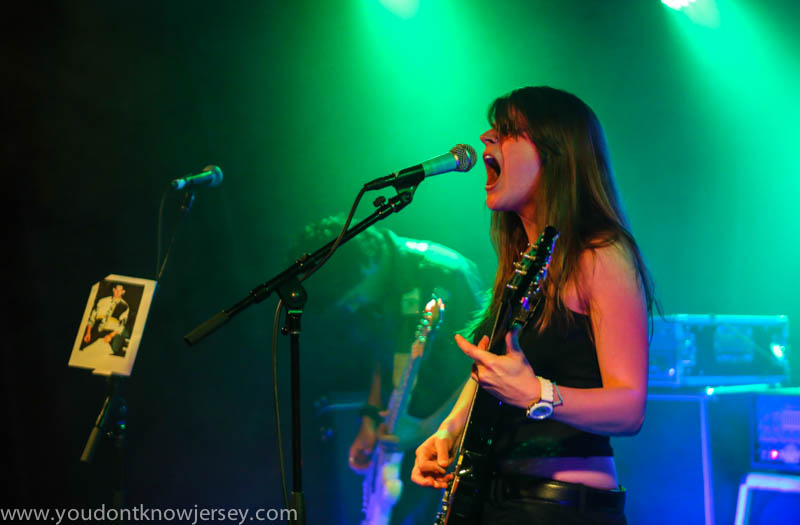 We attended the Jeff Crespi Birthday Bash earlier this month at The Saint is Asbury Park and we knew it was going to be a great show. Jeff, a respected photographer in the local scene, handpicked the bands. We were familiar with some of the bands he chose and others were a pleasant surprise. One of the surprises for us was Vextion. We were quite impressed by this band out of Farmingdale. 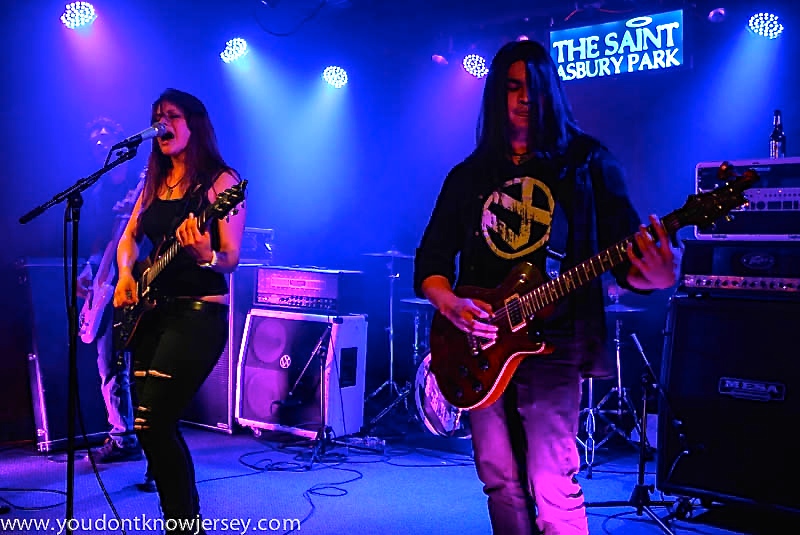 Vextion has been steadily building a following while touring the local scene since 2006. The group was started by vocalist/guitarist Kate Ortiz and have been through a few personnel changes before settling on the current strong line-up. We were impressed by Kate’s vocal range. She can very melodic for one song, do a sexy growling song and then the hit super highs in the next. She also plays a mean guitar. 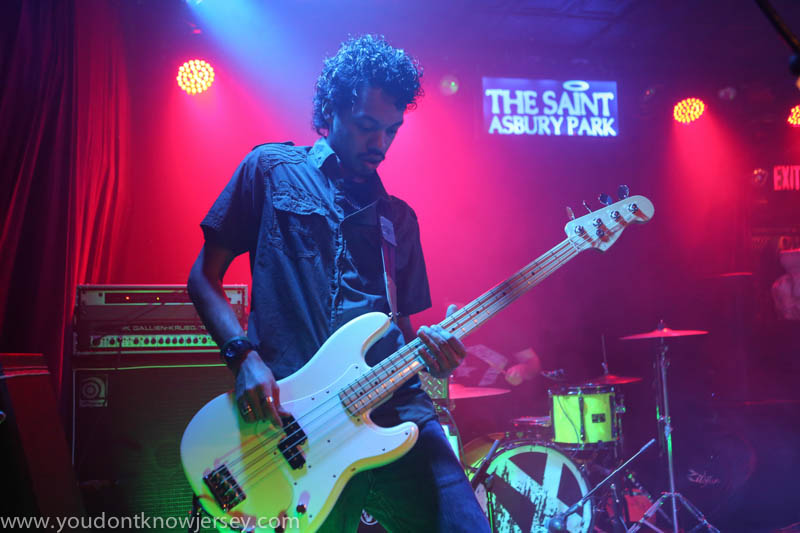 The rest of the band was impressive as well. Bassist Max Orozco and drummer Rob ‘Bobman” Crowther clearly have fun playing live and hold a steady beat. Lead guitarist Dann Aquino strikes a serious pose on stage and plays some amazing solos throughout.

The band really believes in helping others and have played benefit shows for Helping Hands of NJ, Move for Hunger, and several Hurricane Sandy recovery efforts.

You can pick up their EP What I Am on iTunes and at Amazon.

Kate, Bobman, and Max answered some questions for YDKJ:

How did the current line-up get together and why the name Vextion?

Kate: I started the band back in 2006 with a completely different line-up. Throughout the years the band has really evolved and changed and with that growth we’ve seen members come and go for a variety of reasons. In 2009, when I feel Vextion truly began to find its sound, Rob “bobman” Crowther contacted us after finding us in a Craiglist ad. From the first practice it was clear what he could bring to the table, and that he was passionate about the direction the band was heading in. About a year later we were looking for a new bass player when we were contacted by Max Orozco. Max found us through yet another Craiglist ad that we had posted and we really liked his sound. It’s not often that you find a true bass player; we could tell this guy truly loved playing his instrument. And that is how today’s Vextion was formed.

You are part of a thriving music scene in Asbury Park. How does that inspire you?

Kate: There’s something very unique about the music scene in this area. We have such a large and diverse group of musicians and it’s wonderful. It’s a really good feeling to be in a hard rock band but to still be able play along side of bands in completely different genres (punk, pop rock, classic rock, alt rock, the list goes on and on) and still receive the same support from the other bands and fans that are generally considered to be outside our demographic. That, in itself, is something that makes people love this scene.

Bobman: I think we’ve all been part of that scene over the years with different bands, but it’s not until now with Vextion I feel we have made some great connections with people that only have the best interest of the band in mind. There’s some really great people and really great bands that we have a special bond with. These are the people that inspire us, give us great feedback and advice, and we try to do the same for them.

Max: There is always the need to be ‘better.’ Whether I’m watching a band I’ve seen before or someone brand new, if I see them stepping their game up then I wanna step ours up even more.

Vextion has played benefits for many causes such as Helping Hands of NJ and various Hurricane Sandy recovery events. How important is it that the band give back to the community?

Kate: The importance to give back is immeasurable. I believe it’s the responsibility of everyone in any kind of spot light to do what they can to help others and set a good example. Even if you aren’t nationally known there are still people of all ages who look to you for guidance and help. And even if there aren’t, live your life as if there are! Give back! I feel very fortunate to receive the kind of support and love from our fans and friends that we do; and that’s a feeling that I would like other, less fortunate, people to feel too!

Bobman: It’s incredibly important. We work hard, and do what we do because we’re passionate about our band and music. When we can perform to raise money, awareness, or help those affected by things like Hurricane Sandy it is an added perk. I really think a big part of Vextion’s identity now is playing for and promoting great causes whether on stage or through social media. It’s part of who we are as individuals and a band.

Max: Helping out any organization by playing music for people is incredibly humbling. If I can play some rock music and benefit anything, I’m down. A lot of people out there need help and I’m happy to give it, especially through music.

Has being a female fronted heavy metal/rock band in a genre dominated by bands with male singers been an advantage, disadvantage… or both?

Kate: I think it’s a little bit of both. There have been a number of times where people looked at us with skepticism because of my gender. But I have to say I have never felt that after we perform. I think that our music, passion, and energy force out any doubt from new listeners!

Bobman: I honestly think it depends on the individual and not the gender. I think Kate is incredibly talented and passionate on stage, and people can see that. She’s got a great voice, great presence, great passion and is very social in the scene. That is a major advantage in any band.

Max: While the male:female scale is definitely tipped one direction, I would like to point out that I’ve seen a lot more women fronting rock bands lately. I don’t like to look at it as a positive or negative aspect. We play hard rock and our singer happens to be a woman (and also happens to be better than some dudes!).

Any recording plans in the near future?

Kate: Yes! We are currently getting things together to record an album. It has been a long time coming and we are very excited to be nearing the start of our first full length CD. 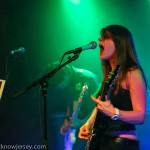 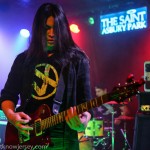 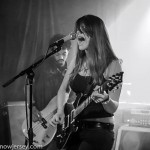 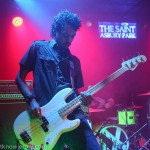 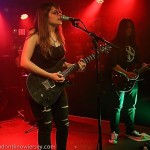 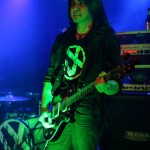 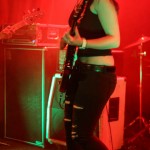 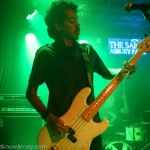 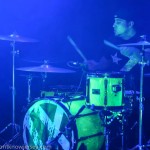 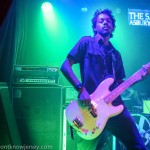 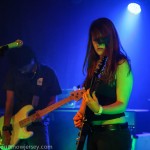 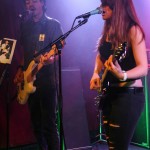 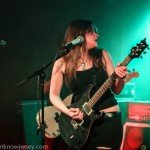 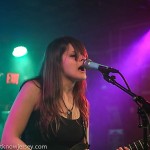 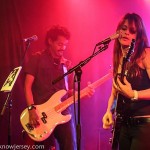 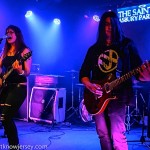 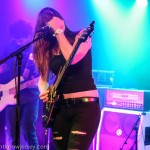 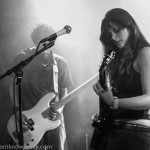