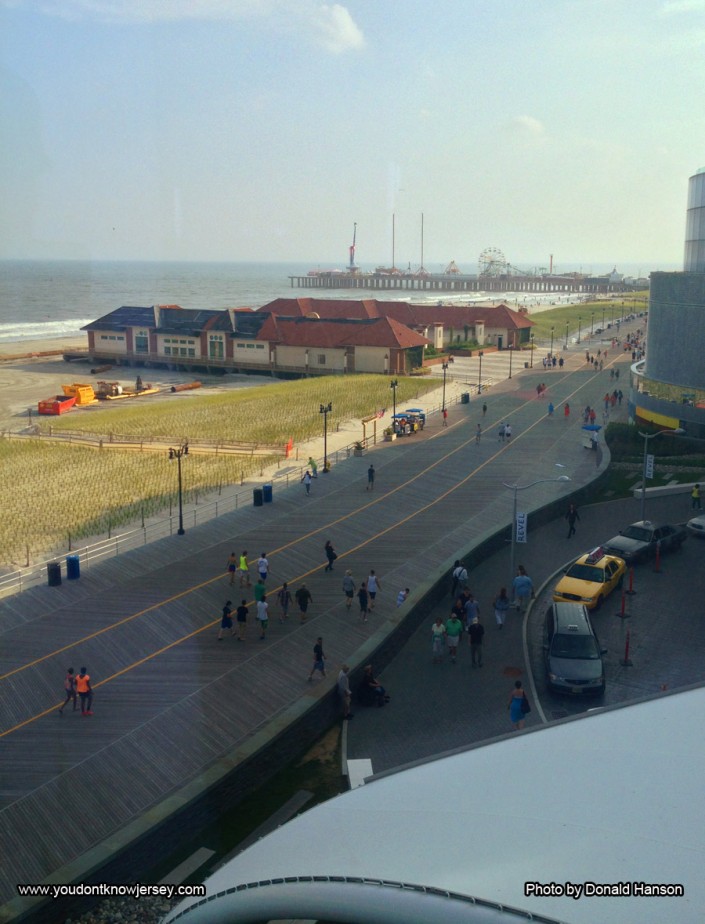 The first boardwalk in the world was built in 1870 at Atlantic City and opened on June 26, 1870. The Boardwalk starts at Absecon Inlet in the north and runs along the beach south-west to the city limit 4 miles away then continues 1.5 miles into Ventnor City.

It was first constructed 16 years after Atlantic City was incorporated and its development brought wealthy visitors to the newly constructed resort with ocean views. Costing five thousand dollars and built 10 feet wide in sections of 12 feet, no stores or commerce of any kind was permitted within thirty feet of the walk, and at the end of each summer season for many years, the Boardwalk was actually taken apart and stored for the winter months.

Visitors could walk out of their hotel and onto the beach but were put off by the sand. Developers did not anticipate how much of an issue the sand would be, enlisting the help of a railroad conductor and a hotel owner to create a walk way over the sand. Alex Boardman and Jacob Keim presented the idea of an eight foot wide wooden foot walk that would lead from the beach to town. The boardwalk was constructed from wooden planks arranged in rectangular patterns known as herringbone patterns. The planks lay on a substructure of concrete and steel. The boardwalk has been replaced a number of times, in 1884, 1889 and 1944 due to hurricane damage.

Read more about the AC boardwalk at ACHotelExperts.com.

Pin It
Previous post:
First Ever Pork Roll Festival in Trenton Attracts Huge Crowds to Celebrate New Jersey Icon Next Post:
Things to do in Jersey – May 30 31 June 1 2014