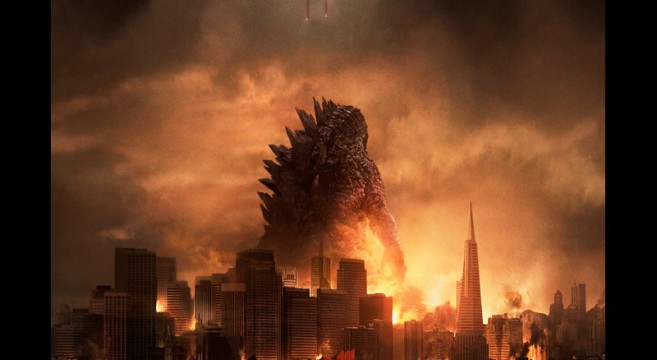 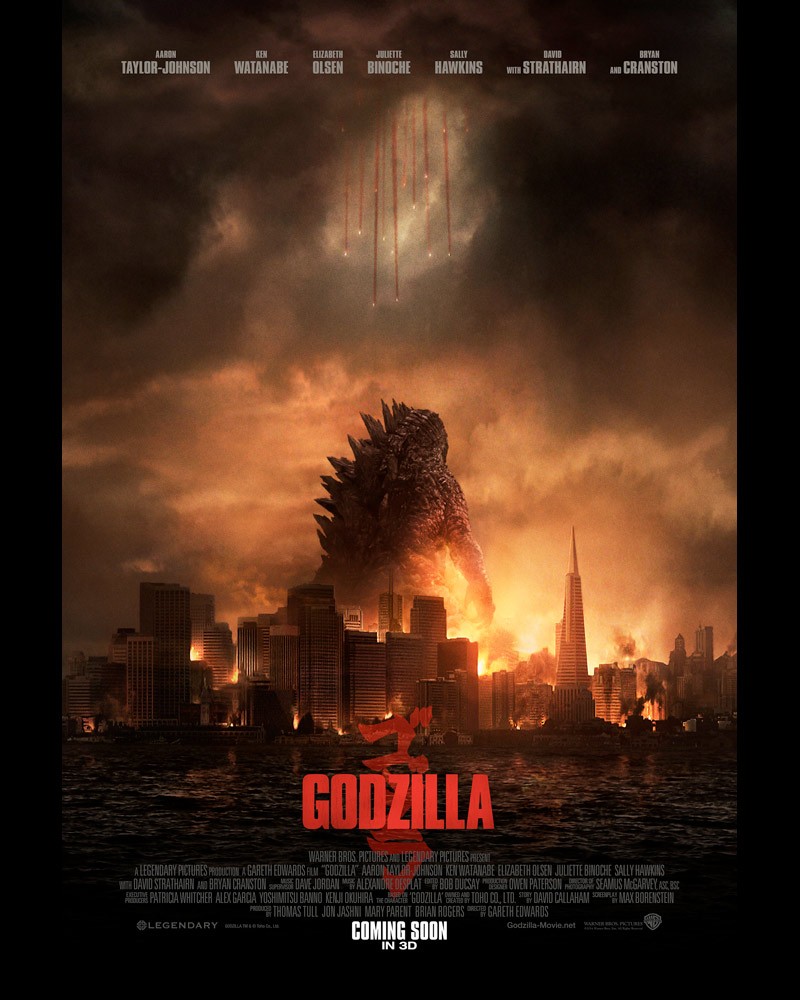 The last time we saw Godzilla in a major American motion picture was the poorly received 1998 film starring Matthew Broderick. The makers of that movie took plenty of liberties with Godzilla and many people did not like the changes they made. Now, after a 10 year moratorium self imposed by the Toho Company, Godzilla is back!

The good news is that the new Godzilla is faithful to the classics if slightly different. The multiple creatures in the film are done well as are the special effects and the movie has plenty of entertaining scenes. The main problem with the movie is the human characters who are for the most part boring. The only person with much of a personality and or mission in the film is Joe Brody (Bryan Cranston), a scientist that becomes obsessed with unexplained phenomena that Godzilla had been causing. Ken Watanabe and Sally Hawkins are decent as a couple of scientists who discover that Brody’s suspicions are correct.

Aaron Taylor-Johnson, who is terrific in the awesome Kick-Ass movies isn’t given much in terms of storyline or personality here and considering he is kind of the main character that is not a good thing. He plays Ford Brody, Joe’s son and his only real purpose in the film is to think his father is crazy and then somehow accidentally follow Godzilla around. Beyond that, he is boring and pointless. But he is actually an entire level above poor Elizabeth Olsen who is given the truly useless role of being his wife. This means that she obviously has no connection to the Godzilla plot at all and simply has a few scenes where her only reason for being is to be an accessory to Johnson’s character.

Despite all of this, where the movie excels is with Godzilla himself. The film teases you with a couple other monsters before they reveal Godzilla and all of the monsters are fairly well done and entertaining. Godzilla’s semblance of a personality is crowd pleasing and the audience I saw the movie with loved him. My only complaint about Godzilla is that I wish he had more screen time. All in all the movie is worth seeing especially if you are a Godzilla fan.