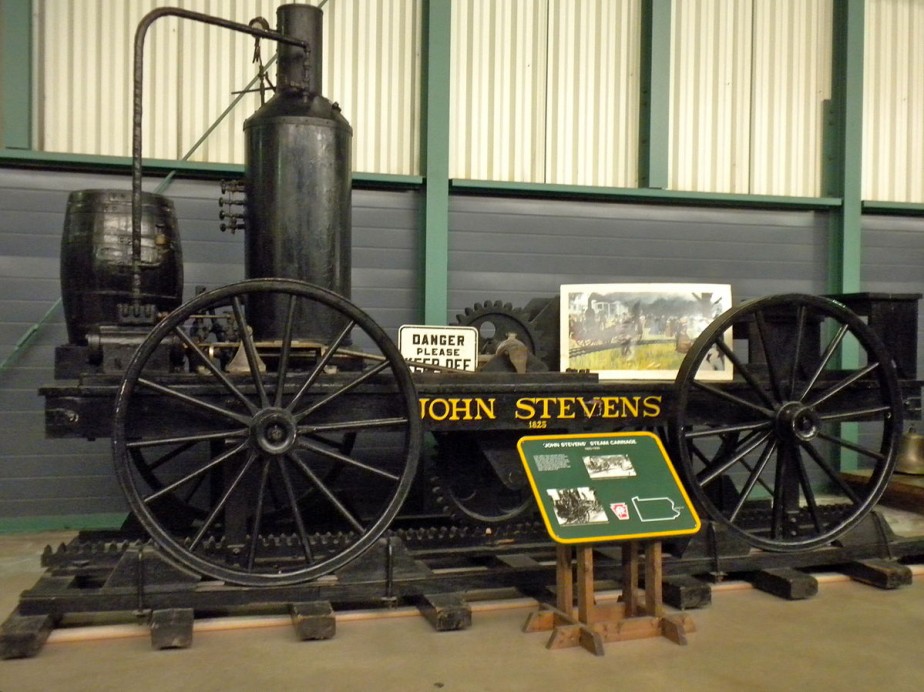 The first steam-powered engine to pull a train on a track was built by John Stevens of Hoboken in 1824. The first railroad charter in the U.S. was given to Stevens and others in 1815 for the New Jersey Railroad. He designed and built a steam locomotive capable of hauling several passenger cars at his estate in Hoboken, New Jersey in 1825. The invention of the steam engine helped begin the modern railroads and trains.

Col. John Stevens, III was an American lawyer, engineer, and inventor who not only constructed the first U.S. steam locomotive but also the first steam-powered ferry and first U.S. commercial ferry service from his estate in Hoboken. He was also influential in the creation of U.S. patent law.

Stevens Institute in Hoboken is named in his honor.  His son, Robert Livingston Stevens, was possibly a greater inventor and engineering mind and further innovated many of his father’s early ideas.